When faced with possibilities that seem, at the time, completely unrealistic or out of the question, remember to “never say never.” Well, The 65’s have embraced this same statement and sentiment for their new single, “Never Say Never,” the title track off the group’s new release, the three-song EP Never Say Never. Even with its short length, the album elevates the long-running band’s punky power-pop sound to a new height. It successfully emphasizes the working-class attitude that they bring to their music, presenting a sharp, concise splash of fun rock that will be sure to leave you wanting more.

About the title track, for which we’re stoked to be offering a free download right here, singer and guitarist Joe Pugsley said, “‘Never Say Never’ is a punk-inspired powerpop song about the struggle to get through self-inflicted harm and bad habits. It’s about the beginning phase of acceptance and trying to find a new path forward. It’s a relatable song, and the specific struggle it’s about can probably be deciphered if listened to closely.”

Now over a decade old, The 65’s go about pursuing their music in an aggressive way. Borrowing inspiration from The Replacements and New York Dolls, they have been consistently productive over the last several years, releasing three EPs between 2013 and 2017, along with several split releases and collaborations. Throw in a torrid pace of live shows in their native Northern New Jersey and across the Tri-State area, and you got a band that treats their career more like a job than a hobby or part-time gig. If you go all the way back to their debut release, Strike Hard!, you’ll find a group that’s also politically motivated, with many songs discussing more than just partying and having fun.

With the EP Never Say Never released on February 28th, The 65’s are set to play as many live shows as they possibly can. We urge you to go back in time and discover more of this band’s unique material via Bandcamp. 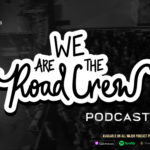 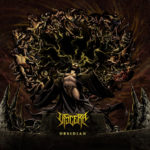