You know the feeling you get when you listen to something great for the first time? It’s a little tingle of excitement, that voice in your head that screams “Hell yeah, this rocks!”, or something else entirely. Whatever it is, Sky Valley Mistress delivers it in spades on their debut album, Faithless Rituals.

Hailing from Lancashire, England, this band sounds like a heady, healthy mix of Head Down-era Rival Sons, and The Pearl Harts, mixed with all the swagger of Joan Jett. That is, bloody brilliant, and guaranteed to knock off your socks. Intro track “A Faithless Ritual” starts proceedings in a pitch-perfect tongue-in-cheek tone, with earthlings? co-founder Dave Catching thanking listeners for … no, I won’t spoil it. He follows this with a statement of intent for the whole album: “This? This is rock and roll.”

But is it really rock and roll? Yes, dear readers, yes it is. If anyone knows it, it’s Dave Catching. Forget the tired stereotypes such a genre-label evokes. Ignore Elvis. Sod The Monkees. This is rock and roll 21st Century style. This is the rock and roll that comes with such a large dose of sex and drugs that even Keith Richards would be overwhelmed. Kicking down your door and screaming in your face are the opening riffs of “You Got Nothin’” and the pace doesn’t let up from there. The riffs have bite, basslines have heft, exemplified best on “You Got Nothin’” and “Punk Song,” and the whole thing feels like the first time you leapt into a mosh pit and came out bruised, sweaty, and alive with endorphins. As the man said: This is rock and roll. Emphasis on rock.

On top of those hefty basslines and snarling riffs, courtesy of Russell “Russell” Russell and Sean “Starsky” Berry, comes the powerful voice of Kayley “Hell Kitten” Davies. Even when she’s singing quietly, as on “Lost in Shock,” there’s a tangible potency to her delivery, which can, when called upon, ramp up to a snarl that really earns her that infernal moniker. (Imagine the lovechild of Elin Larsson of Blues Pills and Barns Courtney and you’ll be in the right ballpark.) Grounding this riot is the thunderous drumming of one Maxwell Harvey William Newsome III. The chemistry of the group is palpable – you can feel it in the swaggering rhythm of “Skull & Pistons,” for example, or the pummeling punishment of album closer “Electric Church.”

There’s a lot of Led Zeppelin creeping in at the edges across most of the album, with a healthy dose of Black Sabbath throughout, but nowhere are these influences clearer than in the 11-minute penultimate track “Blue Desert.” It’s a song of two halves, the first sounding like a fuzzy high reminiscent of “Planet Caravan” or “No Quarter,” while the latter has the aggressive stomp of “Achilles Last Stand.”

You might be thinking that this reviewer is biased in favour of the group. You wouldn’t be entirely wrong. I’ve been eagerly awaiting a full album from this lot ever since I first heard their cover of Black Sabbath’s “Paranoid.” So, yeah, I’m excited about this album. I’m excited for you to enjoy it with me, dear reader. Or not, if you’re dead inside and have no taste. But if you want me to level a criticism here, and put a downer on an otherwise positive review, I’ll reluctantly offer the only problem I have: the music on display isn’t particularly original. It’s hard rock, straight up. There’s no real innovation here, and some listeners may find that a tad dull.

So fucking what? Sometimes, it’s good to enjoy music that exists firmly within genre boundaries – especially when it’s as fun as this lot makes it. Not every artist has to push the envelope and make something brand new and completely original. There is plenty of room in the world for artists who make generic music, as long as they do it well. And Sky Valley Mistress definitely does it well.

So, turn your speakers up loud (we’re way past going to 11 here), set up a blasphemous altar, and have fun enjoying these Faithless Rituals. It might not win “album of the year,” but it should win over plenty of fans of classic and stoner rock alike. 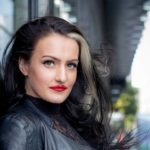 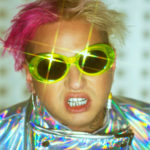