On Saturday, February 22nd, a lively crowd of people came out to The Majestic Ventura Theater in Ventura, California to see Skillet, From Ashes to New, and Ledger. The three bands, currently out on Skillet’s headlining tour promoting their Victorious album, conjured up an energetic show in the small (1,200 seats) 1920s-styled venue with an unobstructed view of the stage.

Ledger, fronted by Skillet drummer/vocalist Jen Ledger, opened with a seven-song set that began with a rocker from the 2018 EP, Iconic. For the majority of the audience, it was the first time seeing the group with Jen away from her drum kit, handling lead singer duties for an entire set. An energetic entertainer, Ledger brandished her vocal flair, moving about the stage while engaging the crowd, backed by two guitarists and a drummer, all of whom are talented musicians.

From Ashes to New stepped things up tempo-wise, playing at even higher decibels. Merging rap, rock, and metal, their sound was altogether different than the other bands on the bill. Matt Brandyberry and Danny Case, vocalists who meld rap vocals and clean vocals, sprinted around the stage, inciting the crowd to jump and sing. 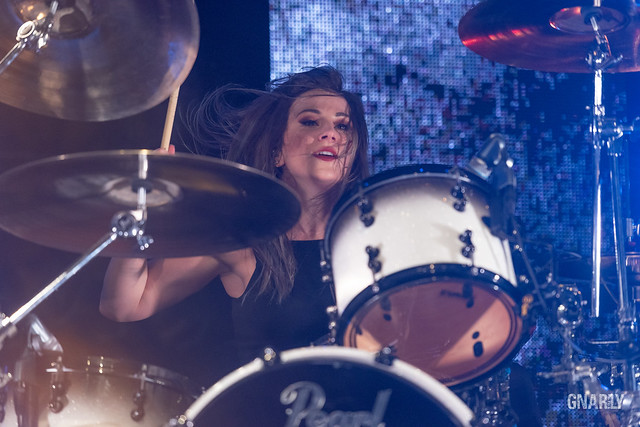 Skillet opened with “Feeling Invincible” and suddenly the whole house was jacked with a blast of adrenaline. “Not Going to Die” followed, showcasing each member’s musical ability and how intuitively they fuse as a band. On this small stage, it felt like Skillet presented only a slightly scaled-down version of their usual production, providing a semblance of an arena inside a nightclub. Branded a Christian rock group from its inception in 1996, Skillet’s members are unashamed of their faith, particularly singer/bassist John Cooper, who is the band’s mouthpiece much of the time. Upbeat and funny, he’s the antithesis of a preachy, off-putting Bible-thumper.

Halfway through the set, Jen Ledger played an impressive drum solo. She’s a powerful rock drummer and really fun to watch behind the kit. As a segue into “Victorious,” Cooper spoke for a couple minutes, touching on depression, loneliness, alienation, feeling insignificant, and suicide. Cooper’s empathy was heartfelt and refreshing, unusual for a hard rock show.

Although more people would be going to the show in Anaheim on the following night, and Ventura is a trek for many Angelenos, for some (including this reviewer), the drive up to the Majestic is worth it. The lighting, props, and sound were on point for this small venue, and the band’s performance would have met any fan’s expectations. 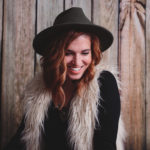