2020 is proving to be a big year for Silverstein. Not only are they currently celebrating their 20th year as a band with a massive North American tour consisting of three sets (2005’s Discovering the Waterfront in full, an acoustic set AND greatest hits), but the Burlington, ON post-hardcore legends are back with a new collection of songs, A Beautiful Place to Drown. While the ebbs and flows of being a touring musician are inevitable, the five-piece are among a rare breed of groups that have consistently pumped out good music throughout their career and things are no different this time around.

Our first taste of the new LP came this past summer, with the release of “Burn It Down,” a fast-paced banger featuring Beartooth’s Caleb Shomo. Fast forward to roughly two months ago: the band announces the release and accompanies said announcement with “Infinite.” If you weren’t feeling the new single, have no fear as it is admittedly the worst track on the record. But look on the bright side, it means we have a whole batch of good stuff to look forward to.

Sonically, it seems the band returned to a softer sound that became very apparent on 2013’s This Is How the Wind Shifts (“September 14,” “Take What You Give”) but carried on with the darker feel and general production quality that graced their last release (“Where Are You,” “Bad Habits”). While the group has been incredible with honing their sound over the years, it doesn’t mean they’ve just copied and pasted a bunch of stuff from their catalogue.


“Madness” (which includes a feature from rapper Princess Nokia) is the heavy track that stands out from the rest. Initially hearing about the rap feature definitely gave me a bit of skepticism, but with her part coming in during the heaviest section of the song, it works perfectly, making it a favourite.

Otherwise, there isn’t too much of the heavier side for fans to sink their teeth into, but, let’s be real, Silverstein knows how to make a bop. “All of Me” is the slow song of the bunch, incorporating electronic elements and a hint of sax, something I never thought I’d hear in a song from the band, but if it works, why complain?

“Say Yes” and “Stop” are the bread and butter tunes that are always executed oh so perfectly. Something about the chorus in the latter makes it so infectious and gives it a lingering effect that still stands. “Coming Down” and “Shape Shift” offer the same vibe but, sadly, fall between the cracks when compared to the other two.


There is something here for every Silverstein fan and there always will be on every release. It’s why they’ve been a successful band for so long and will continue to be for years to come. They have done an excellent job not straying too far from their roots yet continuing to evolve their sound with each release, and this one is no exception. 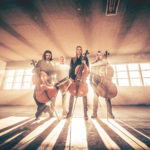 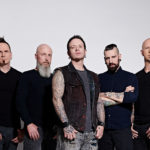