Black metal has gone through many transformations since its early proto days, with atmospherics and shoegazing elements among the popular supplements in recent years. Yet, sometimes a band goes in with two feet and leaves absolutely nothing to the imagination. One such group is Sicarius, a Californian quintet whose unabashed flagrancy is unexpected yet strangely refreshing at a time when experimentation and cross-genre pollination is so commonplace. While such things should certainly be celebrated and encouraged, going for the throat with such masterful execution can be – and plainly is in this case – equally as enjoyable.

The opening sixty seconds of “Bia” (Greek for ‘violence’) is the only respite for the vast majority of the album, the brief flirtation with atmospherics swiftly making way for almost sixty minutes of unapologetic, blasphemous black metal savagery – something Sicarius sit within all the more comfortably on their second full-length release. In fact, God of Dead Roots tones down the more traditional black and death metal tropes present on 2017’s Serenade of Slitting Throats (an already impressive debut that set the band’s unwavering devotion to aural terror firmly in stone) and instead focuses on the sheer intensity and viciousness that has now become the group’s blood-soaked trademark.

Production duties are once again handled by Anaal Nathrakh’s Mick Kenney – a man who himself is clearly no stranger to unrelenting extremity – and while God of Dead Roots conjures Anaal Nathrakh’s earlier, more unhinged material to a certain extent, Sicarius’ sound is unquestionably their own as Merihim’s and newcomer Tragroth’s guitar work (the latter hand-picked by founding member and former guitarist Argyris as his replacement no less) combines tried and true black metal tremolo picking with potent riffing amidst Brandon Zackey’s ever-impressive and inescapable drumming.

“Open Fire” continues the assault with precisely zero seconds to wait before Kurt Karcass’ spite-filled rasp announces another bout of riff-fuelled rancour. Kurt’s ferocious black metal screams are once again on fine form here and continue to prove a key component of the band’s no holds barred appeal, conjuring a more feral Gorgoroth-era Gaahl in his ability to convey corruption and depravity. Like fellow USBM paragons Uada, Sicarius’ increased focus on riffs makes for a compelling listen, with “Immortal Flight” and title track “God of Dead Roots” furthermore adding guitar solos into the mix for a welcome dose of classic metal.

Album highlight and first single “A Practiced Hand” is a blood-stained beacon for everything Sicarius have achieved since 2015’s incendiary-yet-less-focused Scorch the Earth EP, their hooks thrown out like five restless cenobites intent on unconditional bodily destruction. “Scythe Bearers” is another standout moment, ensuring that even after the better part of an hour the band can maintain focus within their songwriting and conjure passages both memorable and striking from within the unbridled chaos.

In God of Dead Roots, Sicarius have achieved what they set out to do and, despite its incessant nature and the consequent potential for a less compelling creation, it stands tall as their most accomplished album to date. For those who like their black metal drenched in corpsepaint and utterly remorseless, this is an essential listen. 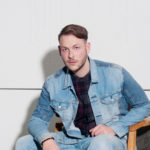 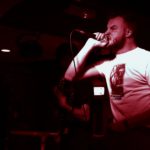