On March 6th, Los Angeles, CA-based rock trio, Fast Friends—consisting of musicians Tom Peyton, Ryan Spraker and Frederik Thaae—released a banging new single called “Body” via Dine Alone and, everybody should hear it! Head below for the video and single artwork.

Speaking of the tune, the band said, “We made a song, it’s called, ‘Body,’ and we want you to feel uncomfortable listening to it. But don’t worry, it’s ok, everyone else is uncomfortable all the time too. We wrote this song because we were scared. Scared to ask our girlfriends what they thought of our bodies. So instead of asking them, we wrote the song and hopefully now it’s making you ask similar questions of yourself and also your insecurities are staring you square in the face when you look in the mirror. We produced ‘Body’ ourselves and did everything we could to make it loud and catchy but not like too loud and of course catchy in a cool guy, very tasteful way.”

Fast Friends are set to release their debut EP on May 29th and more news is coming soon! 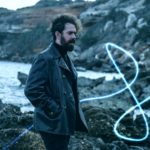 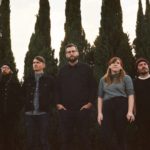