A man of many talents, Robert Lundberg is a distinguished photographer and filmmaker known for his artful documentaries covering the worlds of music, comedy, art, and film. Lundberg grew up in Massachusetts before moving to New York City to fully invest himself in his art and film career. A man who loves to take on new challenges, Lundberg has immersed himself in perhaps his most challenging project yet, a documentary series titled Uncontaminated Sound – The Interviews. Debuting in February, the series follows comedians, musicians, fine artists, and actors in an effort to gain an inside look at their creative process which can only be fully captured going behind the scenes. The purpose of the series is to offer a look at all of the rarely seen “little things” that transpire during interviews and other similar encounters with artists and performers. Oftentimes, most other features are heavily edited, capturing certain moments often heavily vetted by those in charge of the content’s creation or final product. But that’s not how Lundberg works. He makes sure to bring you all of the raw, authentic moments that you would never otherwise get a chance to experience and enjoy.

There was a highly positive response to the first two episodes of Rob Lundberg Presents: Uncontaminated Sound – The Interviews, and Lundberg has now returned with the series’ third episode. In this edition, Lundberg speaks with the legendary street artist and designer, Ron English. English has become one of the most recognizable, active, and multi-talented artists today for his global approach to art, bringing you some of the most unforgettable images from the streets, museums, films, books, and television. In the past, he has painted album covers for artists such as The Dandy Warhols and Chris Brown. English’s style is a mixture of images from cultures and sub-cultures of all kinds, all the way from superheroes to some of the most well-regarded landmarks of art history which he has dubbed POPaganda. Intertwined within his art is his large and growing list of original characters that English has created himself such as MC Supersized, an obese fast-food mascot and interpretation of Ronald McDonald that was featured in the Morgan Spurlock-directed cult classic Supersize Me, and Abraham Obama, a “portrait fusion” of the American presidents Abraham Lincoln and Barack Obama which received widespread media attention during the 2008 presidential election.

English frequently documents his many adventures through film which you can both catch up on and keep up with on the official POPaganda YouTube channel.

Lundberg commented on his meeting with English, highlighting how honoured he was to have the opportunity to speak to an artist that he admires so greatly. “It’s rare one gets to meet, never mind sit down for over an hour with cultural icons such as the man who sat before me on January 6th, a man whose work needs little introduction: master artist Ron English. Ron’s pop surrealism has taken late capitalism’s iconography, paired with marketing strategies and used them as a tool to counteract corporate messaging; making us stop and pause to think about how and what we consume, i.e. Popaganda. Besides being a world-renowned fine artist, and activist, Ron also writes and records rock operas with his band The Rabbbits. I had the honor to be welcomed into Ron’s studio Upstate to engage in free form conversation that touched upon art, politics, and much more.”

There are many more artists that Lundberg plans to meet up with to participate in Uncontaminated Sound – The Interviews over the coming weeks and months. Lundberg has already been bringing you his ongoing series Uncontaminated Sound which goes behind the scenes to get a look at performers before they take the stage. The series has featured Macklemore’s Gemini Tour featuring Eric Nally (formerly of Foxy Shazam) and Xperience, Louie Anderson, Sinbad, Ron English, We Are Scientists, Rufus Wainwright and more. Lundberg’s photography has been highlighted in publications such as Huffington Post, Paste Magazine and more. 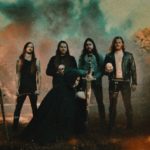 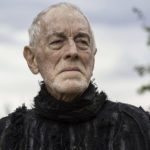