Much like life itself, Saroon’s two-part EP, Grounded/People Are Just Made Of Dreams, is an exercise in contrasts and opposites. Exploring the light and the dark, the Portland group’s new release is a journey through the trials and tribulations an individual encounters when they are faced with a period of suffering, with a particular focus on the method in which that manifests itself within the perimeters of a romantic relationship. The title track, “Grounded,” is a particularly valid example of these ups and downs, a song that was written by frontman Ayal Alves towards the end of his ten-year relationship with his now ex-fiancée. It begins by acknowledging the pain of the process while then exploring the path of transformation that ensues.

The record follows this same flow, taking listeners through the excitement of a relationship’s early phases, the hope, and motivation that is therein derived, the eventual uncertainty, and then the bleakness of its end. The light and the dark are constantly tugging at each other, which leads to a cycle of emotional transformation. Within the EP itself, these two parts correspond with the elements of Earth and Air. The “Earth” portion features tape recordings by Saroon’s primary songwriter Ayal Alves in caves located in Eastern Oregon and the Southwest, while “Air” is more of a traditional recording, displaying the full band’s talents.

What’s most noteworthy about the album is how sonically and thematically diverse it is, topped off by the idiosyncratic complexities of Alves’ lyrics. Synths, keyboards, and original percussion are combined with one another to emphasize the turmoil of emotions between love and loss. It may still be early, but we can promise there is no piece of music you’ll hear this year quite like Grounded/People Are Just Made Of Dreams. With such an interesting song and pending release, we were intent on catching up with Alves to gain more insight into just his band’s upcoming album.

Fill us in a little bit about some of the details behind your new song “Grounded.” How did this song begin to take shape?

Ayal Alves: “This song was written as a birthday gift for my then partner. The words and sentiment came from a place of encouragement to face the sources of pain and find transformation in the process.”

In “Grounded,” I hear calmness, peacefulness, and clarity, but also a sense of pain or self-realization. Could you shed some light on some of the inspirations behind the song?

“Sometimes in those situations it’s easy to get wrapped up in each other’s trauma, an act of dependency that feels like support. This song feels like a sort of prayer for self-actualization when the feelings of trauma arise. That by being grounded and becoming present with the moment, you can learn to acknowledge who you really are and move forward.”

You may be the only band in the world that describes yourself as playing existential psychedelic soul music. Who are some of the more important artists that helped you in moulding this sound?

“It’s hard to name just a few because so many amazing people have infected my brain with their art and I tend to have a bias towards whatever I heard most recently. Jorge Ben’s raw passion set against those samba grooves. Pauline Oliveros’ wisdom and care. The landscapes of Kaitlyn Aurelia Smith. Julia Jacklin’s power. Debussy, Ravel, Bowie, Stereolab, countless bands around town, and every musician I’ve ever had the pleasure of playing music with.”

How would you characterize your new Grounded/People Are Just Made Up of Dreams EP? How would you define this release?

“This record is the final chapter of a series of compositions based on the classical elements. The previous two records represented Water and Fire. This EP represents Earth and Air and explores the transformational process through a romantic relationship. It is about learning who you are in the face of the suffering you cage yourself in.”

I wanted to touch on this aspect of Earth and Air that is evident within the thematic structure of the EP. Could you explain a little further what breaks up the two different parts of this release?

“The two sides mirror each other with each of the three songs on either side representing different facets of the same story. On the People Are Just Made Of Dreams side of things, the air side, I feel tumultuous momentum, the driving force to action, but volatile. On the Grounded side, the earth side, it’s a sober recognition of the state of things, the new possibilities of the untreaded path, the heaviness of finding one’s self in the truth of it all.” 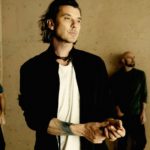 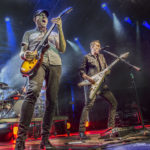