As the sun starts to rise and the birds start to sing, I sink into my casket of emails before delving into my plight of vampirism. It seems Renfield has left me a tasty morsel in my inbox and oh, how I’ve been waiting for this release with bated breath. As the story goes, and the needle on the record skips, it’s no secret that the Ozzman cometh has some health issues, and who knows how much time we have left with the Prince of Darkness. With that said, Ordinary Man showcases a much softer side of Oz than ever before, and these songs sing praises of his legacy. But first, let’s go gogo dancing “Straight to Hell.”

I’m not going to kiss reputation’s ass, nor will I sell my soul to any rock and roll. This will simply be reviewed as an aural attack on the alma and brain matter. With “Straight to Hell” there’s no sense in backmasking, as the Ozzman singeth straight forward, “You’ll kill yourself and I will watch you bleed.” Well, OK then!

We’ve got some groove-laden Sabbath riffs with the soul of Geezer Butler accommodated by dojo master Duff McKagan. This is contemporary Ozzy with a Sabbath-driven sound at its prime. The only exception is that some industry socialites criticized Black Rain for sounding pretty much the same. Too much like Black Label Society even. It’s the same shit with a different wrapper, duh. All killer, no filler and a no-brainer.

As we fast-forward through a few very Zakk Wylde plagiaristic penned tracks, like “All My Life” and “Goodbye,” the moment drops as Ozzy questions, “is it tea time yet, do they sell tea in heaven?” So let the question rise to the top like oil upon water. If this album sounds like Zakk, why isn’t Zakk on the album? Politics… look it up. This doesn’t take away from the fact these songs are lock and stock barrel rockers that could be found on No Rest for the Wicked.

Ordinary Man has an almost “Goodbye to Romance” feel but of course, featuring Sir. Elton John instead of Saint Randy Rhoads. I’m pretty confident Oz holds this one close to his heart in all things august. “Yes, I’ve been a bad guy, been higher than the blue sky, and the truth is, I don’t wanna die an ordinary man. I’ve made mamma cry, don’t know why I’m still alive, yes the truth is, I don’t wanna die an ordinary man.” Then there’s a commitment to The Beatles interlude of “A Day in the Life” before Sir. Elton intervenes with “many times I lost control, they tried to kill my rock and roll, just remember I’m still here for you. I don’t want to say goodbye, but when I do you’ll be alright, after all, I did it all for you.”

Ozzy darkly explores “Under the Graveyard.”

This is the point that no matter your opinions or feelings about Ozzy’s previous releases, this IS Ozzy Fucking Osbourne, and, oh yeah, let’s not forget the sensational guitar solo provided by Slash in all its “November Rain” similarities and glory, and that’s no sleight of hand.

My first reaction to “Under the Graveyard” when it first leaked was excitement. I felt a very heavy aura of “Diary of a Nightmare” and I stand beside that sentiment. Although not multi-layered like those first platinum releases, the song “Under the Graveyard” retains those serpentine bass lines that walk around and within one of the greatest cuts off the album. But at 3:18 we’re right back into some Black Label Sabbath Society shit and it’s game on! Once again, I just wish if it can’t be Randy playing the solo at least let Zakk do the job, as the lead is horrendous and not up to Ozzy par.

“Eat Me” rips riffs straight off Black Sabbath Vol 4, with just a pinch of Sabbath Bloody Sabbath thrown into this bloody Mary mixture of ‘70s flavoured stoner doom. But, the damn waiter forgot my extra shrimp, pickle and lead guitar. Oh well, I’ll take the glass home as a remembrance of the great ones drank and lost, looking for that classic ‘70s Sabbath groove. All pissing in the wind aside, this might be the hit you want to drop in and out to.

ALL ABOARD! “It’s a Raid” has us flying high again with up-tempo fun almost like a good line of cocaine flying off the rails of a crazy train, and I’m going to ignore who it features because as an old, jaded man I feel it needs no special gimmicks to fulfill the ride. The Jane’s Addiction-like junction at 2:06 is omnipotent before the loop de loop and we’re back on the best carnival ride of your life. This is the moment you hope someone captured the polaroid at the end of the last bend as the conductor screams, “fuck you all.”

I’m not going to condone nor condemn Ordinary Man as it falls right in the middle of lacklustre and formidable, but it is the best album he’s put out in years, and after several spins, it’s a grower. Let’s just pray this isn’t the last we’ve heard from Ozzy. “I write my best songs about death. This album saved my life.” 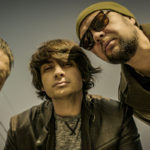 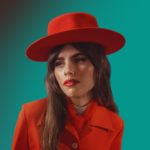