We tend to think of robots and gods as being very different, perhaps even opposite things, but what if they were one and the same? Now that we’ve pushed you deep into thought about this very abstract question, let us introduce you to Robots and Gods, a North Vancouver-based rock group looking to push the musical envelope with a defined edge. A relatively recent creation, the band began pre-production on their debut EP early last year and, now, over a year later, we have a taste of what to expect with the lead single “More.”

Robots and Gods are inspired by the ‘90s Seattle scene but are adamant to push boundaries with a cutting edge new sound. The quintet have been hard at work on setting forth their agenda, writing more progressive material that is deep in substance and stretches beyond what you would expect from five musicians just getting comfortable with one another. “More” is one of the earlier songs that the band wrote and, like many great tracks, it came together quite quickly.

“During these (early) sessions, our singer Bogdan Pyasta would often want to discuss the mood of the music, and let the feeling of the music inform the topic and lyrical content of the song,” explains keyboardist Tyson Harrington. “Especially in that first year of songwriting sessions, we would do a simple recording, so we could listen back and scrutinize it over dinner. ‘More’ is one of the songs that came out of one of those early songwriting sessions. Greg came up with the main riff for the verse, which had this great push and energy about it. It came together very quickly, in less than an hour. Even though it was written quickly, there were many subtle changes from the early iteration, to the final finished recorded version.”

“More” was recorded at the legendary Fader Mountain Sound, previously known as Little Mountain Sound, as well as at Monarch Studios. The song was then produced by Elisa Pangsaeang whose credits include Yukon Blonde and Said The Whale. When considering how crisp “More” sounds and the fact that these are still very early days for Robots and Gods, it’s exciting to think about where this band could be in a year from now. 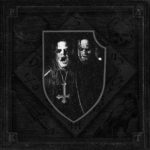 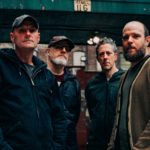