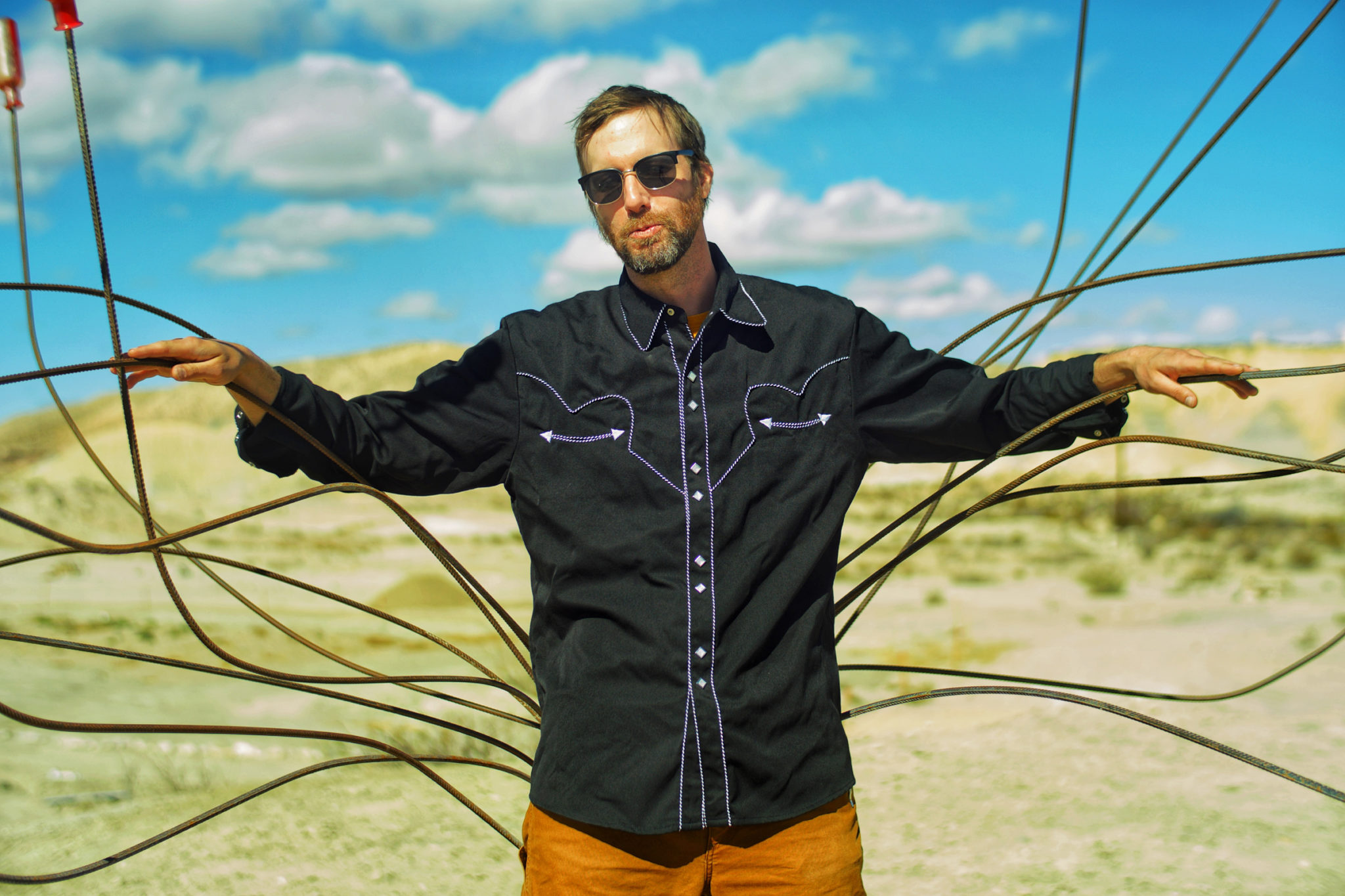 “Nobody” Does Hobo-Folk Quite Like Milwaukee’s D.B. Rouse [Song Premiere]

While officially based in Milwaukee, Wisconsin, singer-songwriter D.B. Rouse is a man who doesn’t really have a home. A travelling poet and novelist, Rouse is more migrant than homebody, referring to home as “wherever the van is parked.” Although it’s an impermanent and nomadic lifestyle that Rouse leads, it is one that defines him as not only an artist but also an individual. In many respects, Rouse is more comfortable calling home wherever his travels take him, a well-defined aspect of who he is which is quite evident on his new four-song EP, Nobody, due out on March 6th. The title track is in many ways illustrative of Rouse as a person, someone who’s more content strapping a guitar on his back and taking it wherever there’s an accommodating venue. This all said, don’t take Rouse completely for a loner who’d always rather be following his own path.

“The song ‘Nobody’ came to me on a November night in Wisconsin,” as Rouse explains. “Driving alone through snow flurries to do my solo show, the hum of the wheels on the highway teased this song out of my head. By the time I got to the venue, I was able to play it. Sartre said ‘hell is other people,’ and I see his point, but in a way, I also don’t think you can get to heaven without other people. The song ‘Nobody’ is an anthem of self-reliance and also a plea. To truly beat this idea to death, the line ‘I don’t need nobody’ means both ‘I don’t need anybody,’ and if you follow grammatical rules, and take the double negative out, ‘I do need somebody.’”

As an EP, Nobody maintains a gritty feel throughout its four tracks, largely due to the way in which it was recorded. To lay down the EP’s four tracks, Rouse set up shop in a tiny shack with a rusted tin ceiling and walls lined with cardboard boxes. He is a person who feeds off operating within such physical and creative limits, but the process was even further complicated by the fact that the shack was located next to a bar that became very loud towards the evenings. To avoid the noise, Rouse could only record early in the mornings after last call which further contributed to the grittiness of Nobody.

With the release of Nobody now upon us, Rouse plans on continuing to go about his own business, the same way he always has. If you’re wondering where he is right now, well, good luck trying to find him.