02. Crimson Star – “Living A Lie”
– British rockers Crimson Star have released their brand new single, “Living A Lie”. The riff-filled track is taken from their upcoming EP, The Old Dawg, which is due for release on April 3, 2020.

03. Squid – “Sludge”
– Squid are back with their first music of 2020, their widescreen new single “Sludge” also marks the band’s first release on Warp Records since signing in late 2019.

05. Fake Names – “Brick”
– Punk rock supergroup Fake Names will release their self-titled debut record on May 8 via Epitaph and, as a taster, have released their new single “Brick”.

07. The Aces – “Daydream”
– Following their first glimpse of new music this year which sparked much excitement about their return, The Aces have released this playful and cinematic music video companion to their hit single, “Daydream”. 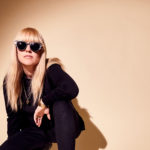 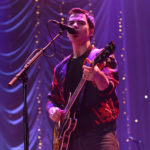