On his third release via Stax Records, singer-songwriter Nathaniel Rateliff hits home with his emotional new album, And It’s Still Alright, showcasing a deeply personal side and sharing with the public what most would simply sweep under the rug and hide even from their best of friends. While it’s not supposed to be, love is a very controversial thing; A truly great gift from God to humans, yet something so powerful it can drag one down into the depths of depression, suicide, and murder. Personally, I believe that I came into this world alone and will leave it the same way. But this isn’t about me so let’s cut to the chase about Nathaniel’s woes and losses. “I tried to switch things up so it’s not like ‘I or me’ but at the same time, I guess I’m still writing about myself. It’s nice to change the perspective a little bit so people can relate to it, you know? So it seems more like a story then it does a journal entry I guess. Sometimes it’s a terrible feeling to find out what you’ve been writing about.”

While our fingers are snapping and our toes are tapping during “What A Drag,” there’s still a cold-hearted remembrance of a love long lost. It’s a couple of whiskey sours short of an unintentional phone call made in the middle of the night. And the phone call usually goes something like this, “Ain’t it a drag, babe?
You’re feelin’ so safe, but you cannot hear or ignore. Here’s where the crash lands, not as graceful as one thinks, so brace for the things you don’t know.” Everyone regrets these phone calls when they wake up sober, but it’s usually a hangover of thoughts about how you screwed up. Getting “half” in a relationship is problematic, to me, as I have no problem leaving with the shirt I came in wearing, but there are other important factors besides money. Your soul for one, and the Omni importance of children or pets.

Ain’t nothing wrong with the loneliness of 4 AM “And It’s Still Alright.” I love the emptiness and despair that comes across in the music with its underlying pedal steel glory that’s almost subliminal. “I’ll be damned if this old man don’t start to counting his glories, but it’s still alright” When you have to start burring your friends finding yourself standing on a ledge is a very heavy trip and one to which a lot of us can relate. Seems some of us biggest fuck-ups are the ones that God keeps around, for whatever reason, but the one thing I’ve learned from life is you gotta keep moving, man, or you’ll find yourself among sitting ducks on the pond.

There’s almost a Disney airiness to “All Or No Thing” with its orchestration combined with a little bluegrass picking. What I’ve learned from soundtracks is how to dissect them. Maybe it’s all the acid I did. I can’t see clearly, but I sure as hell can hear everything almost too loudly. This track has a good walk in the park, trying to figure everything out with just enough puppeteering of the heartstrings. “I want back from you all the hours that I cowered while you corrected everything I’d say.” Love is not a meal ticket and a lot of folks get together for the wrong reasons. My father once told me, “Man that girl is your friend. That should be your girlfriend.” Everyone should take the time and sink into love as need be and take prescribed as needed.

Speaking of, let me tell ya a tale about “Mavis.” She’s an incredible woman who’ll get you through the night. When you need a shoulder to lean on, maybe a goodnight kiss with a glass of wine, “Mavis” is your gal. At least, she has been to me for many moons. Nathaniel knows what I speak of with his commitment to said lady. I’m going to paraphrase for a moment until the sun shines right on ol girl. “Enter the world, I will be with you. Enter the night, I think I’ve seen you. Call it away, I do not own you. All I’ve seen through, I do it for you.” This has a very Lion King-sounding fairytale ending as all love songs should, remembering girls don’t need much attention. It’s simple things like holding hands in line at Taco Bell, or buying a pack of bubblegum and they’ll stay with you forever. Thank God for the nights I’ve spent with “Mavis” because she’s always there, and always fun, and I’ll always buy her a pack of bubblegum… or a taco or three.

The thing I’m digging the most about this album is that it has a very country feel where Nathaniel’s previous releases were all about Motown, which I believe is how he ended up on Stax Records to begin with. He’s brought a very soft approach to his outlook on life with the release of And It’s Still Alright, which is all good with me. Why paint the same picture over and over again or cut your ear off in the process? But this ain’t no Van Gogh, man, and I still believe Nathaniel envisions himself as a street fighting man.

There’s a swelling in the eyes as Nathaniel cry’s in the night with “Rush On.” I think this is a testimonial to some bad juju he’s been through or hell we’ve all been through at one time or another. You can hear the pain and emotion in his vocals and maybe this was the album he needed to make as a catharsis to brooding metamorphism. I just hope when you’re down and out about a love that goes round and round you can find the time to find peace of mind with good folk about you. Be it drinking beer in the sunshine or playing pinball in a pool hall, this can be your musical companion. Hell, I even want to keep the shrink wrap as it incases a lot of soul, love, and body of heartfelt rock and roll. Sometimes the outer shell is the most important thing about all things within. Remember, there’s always a rainbow at the end of a dark cloud. “Even the title and the theme through the whole thing it’s talking about hardship regardless of where I’m at after Richards death and my divorce, I continue to live and I continue to find joy and I think that’s the point, and it’s still alright.” 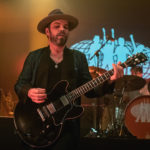 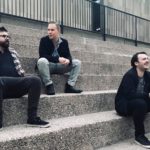 The Noisy Crows Make a Racket on Their New Single “Do You Ever?” [Premiere]