Part of what we love to do as a publication is to deliver the latest in new and/or fast-emerging talent, and we’ve struck yet again with electronic artist Rijell. The Montreal-based singer, songwriter, and producer has already made a lot of headway within the electronic festival scene, having performed at Ile Soniq Festival, Villa Paradizo Festival, and New City Gas. That’s a lot to hang your hat on for an artist that’s but 26 years of age. What’s more, Rijell has collaborated with a slew of prominent artists, such as DJ 3LAU, a massively successful artist with a large and well-established international following thanks to his own string of big singles and remixes of songs by Rihanna, Katy Perry, Shawn Mendes, and Ariana Grande. In maintaining that momentum, we’re stoked to help Rijell debut the new music video for his single “One Chance (Outro Mix)” (Aureon Records).

Commenting on the new visual, Rijell shared the following thought, “If you look at my ears, you can tell it was a really cold day. Yet, just like the message I want to vehiculated in this song, I kept fighting the cold even if it was somehow uncomfortable.”

For an artist who considers himself a very DIY musician, Rijell has shown that he certainly has the ability to stand on his own two feet. Not only is he prolific as a writer, but he also plays his own instruments and sings his own lyrics, not to mention providing production and mastering. For an electronic dance number, “One Chance” hits a high note in its emotional range with clever lyrics meant to motivate one to set their inhibitions aside and grab those opportunities that lie ahead. It’s clear in its message to stand up and rebel against social and societal conformity and live your life the way you want to live it. It’s a very rock n’ roll message, wrapped in Rijell’s electronic grooves and uplifting beats.

With eight singles released last year and much more to come in 2020, there isn’t much that’s going to stop Rijell from breaking out. With such recognition, musical versatility, and a fire in his heart, it’s only a matter of time before Rijell is helping to lead the charge of the entire electronic music community.

Rijelll comments further on his song, “I crafted this song on and off for over a year. It represents the battle that many artists deal with. There is this voice deep inside of you that tells you you can make it, that you got what it takes and to remain patient. Then you get stuck into self-reflection, questioning… and wonder if you’re being unrealistic or if you’re really up to something good.” 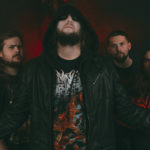 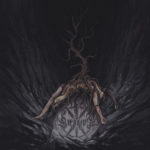