Upon hearing that Medico Peste shared live members with the Polish powerhouse Mgła (The Fall on bass and EVT on guitars), I was expecting their first album for Season of Mist, ב :The Black Bile, to strongly reflect this in the musical style. I was dead wrong. This record may be musically expansive and intelligently arranged, but expect none of the melodic, drawn-out atmospheres Mgła is famed for. Instead, Medico Peste shares more of a stylistic commonality with the likes of Furia or MisÞyrming. Expect a lot less of the scornful, muttered vocal work or jazz-inspired drumming of their ‘sister’ band, and a lot more deranged aggression – but all delivered from a very similar misanthropic and tormented world perspective.

Having said this, I must admit it is my own shortcoming to have expected more evidence of common ground between the two bands: the shared members are, after all, live musicians for Mgła – not recording or composing artists.


The unhinged and visceral visuals for “God Knows Why” reflect the tone of the album as a whole.

All this aside, ב :The Black Bile stands in its own right as a great example of black metal, as well as being a furious and exhausting album. Considering the thematic content – the twisted descent into the paranoia of a subject beset by neuroses – the source of the exhaustion becomes all too apparent. While many bands conjure atmosphere or imagery through their music (the menacing sylvan shadows by Selvans, or the horror of the battlefield by 1914, for example) it is quite rare for a group to conjure mental fatigue and illness in the same way – making Medico Peste’s achievement with this release all the more marked, and a powerful follow-up statement to their 2012 debut, א: Tremendum et Fascinatio.

This previous offering focused a lot more on atmosphere, thereby making the mind-numbing battery of this record so much more surprising. The mood of the album mirrors this subject, each subsequent track catalyzing new abreaction in the listener, from the fury of “God Knows Why” right through to the seething “The Black Bile” which closes the whole affair. In this light, the album is more successful as the sum of its parts than its individual offerings.

While ב :The Black Bile is thus a standout album, it does suffer from a lack of individual standouts. “God Knows Why” may be the first ‘single’ made available, the song I personally keep getting stuck on is “Skin.” Its deceptively soft introduction and predominant bass melody coupled with the ringing dis-chords are a sensitive, empathic touchpoint: even coupled with the rhythmic assault of the drum work, its human interface is head and shoulders above the rest of the record.

As a total package, ב :The Black Bile is a wonderful success: black metal that engages – often forcefully – with its audience and provokes a profound emotional response. Medico Peste may yet have to grow past unavoidable associations (I have apologized for my own personal misjudgment) with Mgła in order to come into their own, but the rewards for this patience are really worth it for fans willing to go that distance. 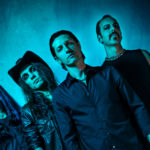 Society 1 is Here to “Save Us” with Their Latest Single 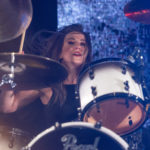 Skillet, From Ashes to New, and Ledger Were Magical at The Majestic Ventura Theater [Photos & Show Review]