Legendary Swedish actor Max Von Sydow has died at the age of 90, leaving behind a rich artistic legacy of incendiary film performances that includes roles in both some of the most iconic franchises in pop culture history and Hollywood classics.

Von Sydow made a name for himself in the pages of cinematic history by playing the lead in The Seventh Seal, directed by the greatly revered director Ingmar Bergman in 1957, and went on to work with Bergman again on the film Wild Strawberries later the same year.

Most people will recognize Von Sydow from his breakout Hollywood role as Father Merrin in the iconic 1973 horror classic The Exorcist after which he went on to play parts in many world-famous films. He also had roles in blockbuster flicks like Flash Gordon, Conan the Barbarian, Ghostbusters II, Star Wars: The Force Awakens, and the hugely popular HBO series Game of Thrones.

Von Sydow will be greatly missed by the acting community and audiences worldwide for his incredible onscreen presence, his unwavering dedication to his craft, and his wide versatility when it came to his incredible range as an actor. 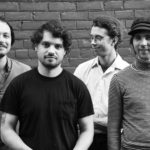