As confirmed by the Rogers family, Country legend Kenny Rogers passed away on March 20th at 10:25 PM. The singer, songwriter, actor, record producer, and entrepreneur was 81 and surrounded by his family at home when he passed away peacefully from natural causes. While a public event celebrating Rogers’ life is postponed due to COIVD-19, at this time the family will hold a small private service.

Rogers’ career and mark on this world are undeniable and its no wonder that the condolences and well-wishes are pouring in.

“Kenny Rogers was one of the greatest, I’ve been thinking about him all day since I heard the sad news. When we went into Hall of Fame together, truth is, I thought he was already in! To be inducted alongside him made it that much more of an honor. ‘The Gamber’ is a great story song, so well written, and Kenny had an ear for really great songs. He had a magic voice, instantly recognizable. I will miss my friend.” – Bobby Bare, Country Music Hall of Fame and Grand Ole Opry member

“Kenny Rogers was a dear friend of mine. I worked with him back in 1959 in a recording studio in Houston, Texas. He was working with a jazz group known as the Bobby Doyle Trio at the time. A lot of folks didn’t know this, but Kenny played the upright bass on my first song that charted in Houston. I have lost a great friend and the music world has lost what I refer to as a superstar. He became a legend in country music, pop music and movies, as well. Truly a great talent overall. He will definitely be missed by me and all of his fans.” – Mickey Gilley

“‘I love you. Stay in touch. Take care of yourself. And, if you ever start recording again, I want to be there’—kind words from my longtime friend, Kenny Rogers. He was always near when you needed him, with that infectious smile that lit a room. I had the honor of working with Kenny, numerous times, over the last 35 years—each time I was left a better person. The songs he gave us and the friendships he collected, will keep his all in touch with our brother, our hero, our friend. Rest easy, Kenny…we will record again, and you will be there. I love you, too!” – Randy Travis, Country Music Hall of Fame and Grand Ole Opry member

“I am heartsick over the loss of my friend. We had many fun times-on and off stage! He took me around the world with him. Kenny was such a giving person. He taught me more than I could ever express. He invited me into the KR Family for which I am so thankful. Kenny shared everything… his talents, his stage… his family, friends and fans but most of all he shared his heart with me!! RIP Sweet Music Man.” – Linda Davis

“I am filled with profound sadness with the loss of my friend and fellow artist, Kenny Rogers. God Bless him and his family. He will be greatly missed by all, but his outstanding legacy will live on. Love you, my friend.” – Jerry Lee Lewis, Rock and Roll Hall of Fame member

“I went to see Kenny with my dad right out of high school in Fort Worth. I had no idea that years later I would be touring, singing on his record and having a song recorded by him. Kenny was kind and wanted to meet me before my first show opening for him. We were Texans, bass players and he loved the fact that we had both played with the late, great Bobby Doyle. He was a gentleman and an Icon and I am proud to have known him.” – Terry McBride 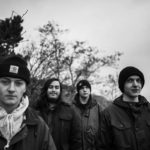 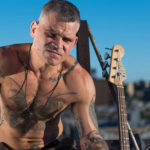