Korea as a nation, let alone its rock scene, is one about which the rest of the world knows very little. However, inspired by the likes of Linkin Park, K-Rock band Bursters are hoping to change that. We recently spoke with the group to find out all about Korean attitudes to rock music.

Thanks for your time, you’ve been described as “the new face of Korean rock” – how do you feel about such a title?

Daegun: “I appreciate it deeply. I am so happy! Korea has a lot of great bands but we’ve been fortunate to be given that title. It makes us feel a sense of duty to work harder to not disappoint the high expectations.”

Talk us through the Korean rock scene. Is it healthy in terms of bands, venues, promoters?

Junyong: “Unfortunately, the rock music scene in Korea is not as active as it was in the past. K-Pop and Hip-Hop are becoming Korea’s mainstream music, and many conditions are unfavorable for rock bands here. The scale of rock festivals is decreasing too. Rock bands are disappearing from even rock festivals’ line-ups! So, a lot of rock bands in Korea are having fewer chances to perform.”

Daegun: “What’s happening in Korea is the same as in other countries – the attention on rock music declining. But still, there are many people who seek out rock music and love it. There are also a lot of bands that are still actively doing music despite the circumstances, and although the venues, promoters, etc. did diminish compared to the past, many efforts to revitalize Korea’s rock music scene are ongoing. I hope all these efforts can be the cornerstone for K-Rock to be loved not only in Korea and around the world one day.”

What is the mainstream attitude to rock music in Korea?

Junyong: “To the mainstream audience, I think rock band music seems difficult. Again, it’s because K-Pop is the mainstream music in Korea. First of all, it’s difficult to see rock bands perform on TV, in media, at events, and at concert venues in Korea. That’s why I think the Korean public has a stereotype about rock music – that its music that’s hard to listen to, or music that’s too loud. Mainstream music’s always established by public values. Because it’s the public that decides, when a certain music type is exposed less and less to the public, problems are bound to occur in that music scene. I believe there should be a lot of changes to Korea’s music industry’s perspective.”

And what about non-Korean bands touring in Korea?

Growing up what was the first musical exposure that had an impact on your life?

Junyong: “There’s a famous Korean musician named Seo Taeji. I went to his concert with my older sister when I was young, and there, I made the decision to start doing music.”

And how did Bursters come together? What is your goal with the band?

Gyejin: “Junyong, Daegun, and I were friends in middle school and we started chasing the rock star dream together from that point onwards. And then Bursters was completed once Hwanhee and Taehee joined. Our band goal is, of course, to become world-famous rock stars. I’d like to do a world tour one day. I believe that, for rock bands, it’s when they perform that they show who they really are. I want to show the real Bursters to fans around the world.”

You have a new single out, what can we expect from the album?

Hwanhee: “You can look forward to a new sound and new message different from our past releases. You’ll also sense the musical color unique to Bursters. I think you’ll also really get how Bursters is not tied down to any one genre.”

Daegun: “The new single ‘Colors’ is a song open to many interpretations. It’s essentially about how we all have colors inside that are different from each other and must accept that. I also saw some listeners interpret it as a song speaking against racism. The song’s open – it could be my story, it could be our story. I think the album would become even better if you kept that point in mind.”

Junyong: “I’ll also speak a bit about our upcoming second full-length album. We took a much longer time with this album, a total of 2 years, more than we did for our first full-length. We had countless candidate songs and contemplated more than ever about which songs will make it to the album. Also, while the first full-length album’s songs each had one main member leading the making of it, all the songs in the second full-length album had every member participating equally in every song. So, the new, upcoming album can really be said to hold Bursters truest color.”

You came to the UK in July 2019, what do you remember about that visit and when will we see you back here?

Taehee: “Our London stop was at a University hall and, even though it was during school break, many fans came and we had a great time. It was just such a happy performance. We are always ready to go to meet our UK fans. I’d like to go right this moment to meet them if they’d have us.”

Hwanhee: “I remember how fans sang along to our Korean songs. There were fans who came to every stop of our UK tour too. Seeing them in the audience, I felt yet again how language barriers are not important in music. I’d like to visit the UK again in the near future. I hope it happens very soon. Aside from our fans in the UK and Europe, there was also a huge variety of new people in the audience, ranging from middle-aged men who love heavy metal to teenage K-Pop fans. These were really unforgettable moments that impacted us.”

If you could take one thing from British/European culture back to Korea what would it be?

Junyong: “This has nothing to do with music, but I liked that the UK had no culture of having to be extra polite to those older than you. During last year’s UK tour, I gained new thoughts about relationships and communication from talking and getting along freely with no age distinction. It was a fresh feeling, something I’d never felt before.”

Daegun: “Our tour crew for the UK tour were so incredible to work with, I wanted to bring them to Korea with me. I’d also want to take the base established in the UK for rock bands and rock music. During the tour, I could feel how rock music takes up a significant part of the UK’s culture, and how the foundation for it in the UK’s society is really solid.”

What are the good things and difficulties of touring outside of Korea?

Gyejin: “The good part was that I could experience a lot of different aspects of a culture I’ve never seen in Korea. The difficult part was getting used to the time difference and the food.”

Junyong: “Because it was a tour, we had to keep moving from city to city, but since everywhere was the first time, it was hard to figure things out on my own. It was hard how I had to keep depending on someone else and ask questions.”

Driven by the media, people have a very specific view of Korea. Could you describe life for you in Korea and maybe tell us something interesting about Korea that might surprise us…

Daegun: “I know I’m speaking as a Korean but I think Korea is truly great. I’m very happy here. The public order is all set. Even the transportation system is world-famous for how efficient it is. It’s just a really safe, stable place. You could leave your delivered package in front of your door and never worry about it getting stolen. I think that’s a rare case in our world.”

Finally, thanks for your time, just to finish can you send out a message to rock fans as to why they should watch out for Bursters?

Hwanhee: “First off, thank you for liking our music and for cheering us on. We are on the journey of constantly searching for something new. We strive to write lyrics that are open to many interpretations and a sound that grows more and more diverse. You may think the music you’re hearing from us now is the one definitive Bursters style, but we’d like you to know we are always on the move, going for fresh challenges. Our goal is for you to feel that we’re a band that can encompass a variety of music styles so keep looking out for what we do. Your love and support are always appreciated. Thanks!” 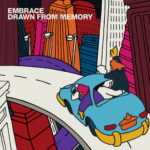 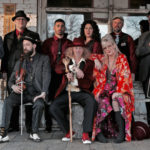