Italian heavy noise duo OvO is an underground phenomenon that has been rattling eardrums and smashing preconceptions for twenty years. Their ninth full-length album, Miasma, dropped February 7th via Artoffact Records and its a whopper. The group’s musical style is…harsh but in a beautifully hair-raising, adrenaline-flowing, blood-pumping kind of way. It’s noise-metal with some industrial thrown in alongside dark electro vibes and the vocal raspings of a deranged, wailing sage – courtesy of guitarist and vocalist Stefania Pedretti.

Proudly anti-fascist and LGBTQ-positive, OvO have spent many-a-night gracing the stage with their inclusive vibes in some of the wildest locales across the world. And after two decades of it, they have a few favourites they want to share with us. In this awesome feature, Pedretti is joined by her rhythm-gifted bandmate, Bruno Dorelli, as they take us through the Top 10 places they’ve ever had the pleasure of playing.

Introduce yourself to OvO with “Queer Fight.”

10. Skopje, Macedonia, 2001
– “After some doubt, we decided to ignore the civil war that was going on there in 2001, and we crossed the border. Initially, the soldiers were skeptical.

They let us in raising their horn-fingers! It was weird to see the trenches, but it was also very interesting to talk with the people and see how the media were manipulating the situation.”

09. Matamoros, Mexico, 2004
– “This border town, usually known for being a dangerous luna park for young kids coming from the US to get drugs, alcohol, and prostitutes, was actually a great surprise. We met some very cool people wearing simple flip flops and t-shirts during the hot days and becoming perfect goth vampires at night. The food was amazing during the whole Mexican trip. As fans of Tex-Mex food, we have to admit we couldn’t stand it when we went back to the States, having tried the real deal.”

Some shots of the band from their global, nomadic tendencies: 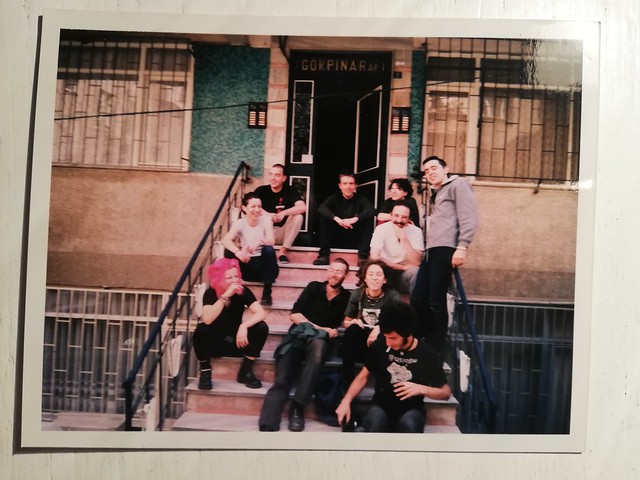 08. Tel Aviv, Israel, 2007
– “Forget all your preconceptions about Israel. Once you’re there you’ll find a much more manifold and fluid reality. It’s just so interesting to see how people live together. In Jerusalem, we played in a great record store called Uganda, where we heard our first drone DJ set back in 2007, but we didn’t like the ancient city too much… a sort of religion supermarket. We were more into the lively mood of Tel Aviv, where we played in a great club called Levontin. Two women talking on the beach, one topless and one wearing the Islamic veil, is the image of hope we brought back.”

07. Joshua Tree Desert, USA, 2004
– “We don’t like to find ‘magick’ everywhere. We’re actually very selective. We can name three or four places where we really felt ‘the power of the land.’ White Sands… Sardinia… Joshua Tree. Our friend Koonda Holaa bought some land there, parked his truck, and he set up a little open-air noise party with some friends. Maybe one of the coldest places we’ve ever performed at, but come on. That was the day Bush Jr got elected. People weren’t in a good mood. But it was also the day we met Steve McKay (RIP), who became a real friend during the years. He used to always join us on stage whenever we played in San Francisco.”

06. Ekaterinburg, Russia, 2010 and 2013
– “Among the cities we played in Russia, we chose this one because Ekaterinburg is a bit more remote than Moscow or St Petersburg, and therefore the challenge is bigger. The first time we went there it was still a sort of Eastern Bloc place, with almost no advertising signs of any kind. Three years later, everything changed; it was rapidly Westernized. But every time we played in Russia, we found a very warm crowd.”

05. Istanbul, Turkey, 2001
– “Back in 2001, we played in Istanbul, where we remembered what ‘punk’ means. These guys had everyone against them, just for wearing spikes or having pink hair. Not to mention the girls, who were in some cases were disowned by their families. The gig wasn’t that great, but who cares. Meeting these people was worth it, and visiting this piece of history was a unique opportunity.”

04. Greece, 2001
– “Right off the boat in Patras, they brought us to a place, broke in, and set up the PA. We played and left. Welcome to Greece, where the police couldn’t go into university buildings as a result of a student massacre by the police in 1973. Then we played at the mighty Villa Amalias squat in Athens, and again in a university building in Thessaloniki. This was our first real hardcore tour, and after that we decided it was going to be our life.”

03. Berlin, Germany
– “We’ve played there so many times, and we even lived there for some years. Together with Leipzig, it’s been the last real punk city in Western Europe, before surrendering to capitalism and gentrification. It’s been good though. Among the many gigs we played there, we like to remember the one at Gegen with a queer party taking place in the fetish dome of Kit Kat Klub, where we were told we were the first rock band to have ever played there.”

02. Hanoi, Vietnam, 2016
– “Playing in Vietnam was such a dream, but we couldn’t imagine such a lively scene for extreme music. We knew about Indonesian grindcore, Chinese punk… but these guys are really into all kinds of noise! A total blast, blessed by some of the best food and sweetest human beings on Earth.”

01. Shenzhen, China, 2016
– “A fishing village that became a city with a population of twenty million in thirty years. It sounds awful, but it’s actually a very clean, well-planned, and lively place. ‘Old Heaven’ cafe and record store is the heart of the Tomorrow Festival, and possibly our favourite cafe ever. A fabulous, well-organized concert with a great response was just the cherry on the sundae of a fantastic trip, with unforgettable people and the best food.”

Headband along to “I Canibbali” live in Berlin in 2014. 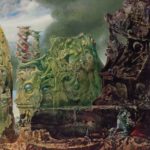 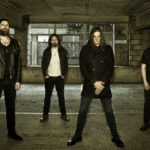