In a country like South Africa, where history is fundamental to our beings, but purposefully shaped by the teller, it is important to have the best version of the truth cemented down for perpetuity. As an advocate for local music, I have spent the last ten years getting to know it and understand it as a cultural force. But so much of the history of the music scene, in general, goes unnoticed and untold, and yet the music is so intimately linked to our historical struggles as a country. Every seed of truth must be kept watered and fed.

This is why people like Patrick Davidson matter so much. Davidson is a well-spoken, wiry man obsessed with black beanies. He is also arguably the centrepiece of a burgeoning metal scene in South Africa. If there is any person in the local scene who can be credited with doing an extraordinary amount to keep the flame of metal burning fiercely, it would be Davidson. His most important achievement: keeping metal4africa going strong since 2006. The publication is, in part, also a production company and a historical archive of past and present metal bands in Africa. With music blogs melting away into the internet ether every day, keeping metal4africa alive is really like keeping history alive.

Since I have known Davidson, he has been upfront about the effort and sacrifices it has required to drive this project. He has garnered respect across the spectrum of metalheads, always with sage advice and willing to be honest about his struggles with the scene. I have always wanted to have an excuse to get to ask Davidson about his journey over the past fourteen years and it is through his band Mind Assault, for which Patrick plays guitar, that I finally got the opportunity. Earlier this year, it was announced that Mind Assault will be headlining Summerfest ‘20 after a hiatus. I dived straight into researching a band that is pushing the envelope, unafraid to have loud voices and always seeking ways to improve themselves. It was through them that I wanted to know more about Davidson.

Summerfest and its slightly chillier cousin, Winterfest, are hosted annually by metal4africa and are the go-to event for metal in South Africa. Like all things touched by Davidson, choosing the headliner for such a festival is not just pulling a name out of a hat, but always given careful thought. So, of course, the fact that Mind Assault was headlining felt symbolic. Maybe a way to pay homage to its extraordinary history, or maybe just a chance for retribution… for the truth is, even though the band is fifteen years old, the band hasn’t played a show in three years. Was this the “Big Return?”

Davidson explains, “(We) decided that 2017 would be the time to focus on recording the album we’d been talking about for ages already. Some bloody fool, I’m sure it was me, decided to challenge the band to a pact: no more gigs until the recording was completed! I guess the moral of the story is that, no, we never really went away. We’ve just entered that stage of life where time is precious and the chances to do the fun things are less than when we were younger. It just took this long to get it done.”

On a day when the winds of hell took over the Western Cape, I drove haphazardly down the highway in search of the practice room where Mind Assault had been rehearsing ahead of their Summerfest appearance. Somerset West is a small, sprawling town, flat in appearance and dominated by industry. This town is central to the Mind Assault story, because it was not only the catalyst for the band (and having come from a small town, I know the strong desire for distraction that it breeds), but it also shaped a crucial part of the band; it meant that because there weren’t many other metalheads to choose from, the band had to make do, and even try to flourish, with musicians from different backgrounds and musical persuasions.

“A lot about Mind Assault in the earlier years happened probably more by accident than by design.” The band members were young and unattached to bigger life responsibilities, but Davidson was already considering quitting music entirely. But with so few metal heads in town, the rest of the band persisted until he gave in. “So, we just got this mishmash of unlikely candidates shoved into a room together… And whatever came, just came, and I think we found that we were the right thing at just the right time to ride a cool wave on the local scene. We weren’t particularly good. We got good, or, at least, we got better with time. But we didn’t have too great expectations, actually.”

Driving into an area of factories and office parks, I find three of the band members having a cigarette outside while a herd of goats munch on grass on the roadside. I regretted not whipping out my camera at that point to take photos of the band with one of the animals most connected to metal symbolism! After some idle chats waiting for the others to arrive, I follow the band into the dusty, DIY space to listen to them do a run-through of their upcoming set. They sound solid, ready for the few hundred people that will be scrutinizing the new songs which they’ve been working on for their imminent new album, The Cult of Conflict.

The weekend of Summerfest ‘20 is hot and busy. It is the first day of February, the hottest month in South Africa, but the Metronome is packed with black t-shirts when I arrive. I get there in time to see the end of Behest’s set, the first band of the day, and it’s a long wait until Mind Assault, but I am excited to see what people will think of their new songs. I am also intrigued to see the band in action. Of course, when their set finally comes around, Mind Assault is exactly what I hoped they would be, a sheer force of metal that is all strength and professionalism. Besides Overthrust, the god-like death metal band from Botswana, Mind Assault blew every other band out of the water. I leave Summerfest ‘20 satisfied beyond measure.

To be a metalhead is to be political… maybe. It’s not a very popular position but this is something worth exploring with a deep-thinking individual like Davidson. So, I asked him a question about Mind Assault that felt precarious, whether it was a political band. Hidden in its story are signs of this; the band’s choice to sing in Afrikaans, a language that was unpopular for some time, connected to the oppressive Afrikaner-headed ruling party during Apartheid. But Patrick assures me it wasn’t a way to be political, but merely a way to make the songs sound better. “(In the greater scene) we did have a sort of unique angle which gained us a lot of traction. We were performing a lot of our material in the Afrikaans language instead of just English. For us, writing in English or writing in Afrikaans was indistinguishable. The rationale behind it was that we were going to be a South African band, playing to South Africans. Why try to pretend to be something else? As it turns out, audiences appreciated that. Even in Europe! Afrikaans is actually a great language for metal. It’s got guts, so to speak…”

Davidson embodies much of what is contradictory about metal and metalheads. He leads with intelligence and by appealing to reason, but he loves a genre of music that can be brash and hollow. He remains calm when engaging in a scene that is chaotic: that has so much potential but so many challenges, where people are both shallow and deep, victims and radicals. He sees it for what it is and he does not judge it for that. “Come here and find people with a history of social deficit and a likely history of some kind of emotional trauma; each one at various stages of a journey towards the darkness or the light, but for the moment simply seeking respite from a cruel, unforgiving world.”

His realism bleeds into his thoughts on Mind Assault. “At times we might seem like role models and other times like villains. We are not perfect people and we don’t have all the answers, nor will we ever. We simply take a confusing and frustrating, and sometimes frightening real world existence and transform it into a different kind of energy. Hopefully, a positive energy in the sense that it allows us to purge negative powers rather than incubate them.”

At the end of the day, Davidson is very matter-of-fact about his band, a home away from home for the past fifteen years, almost half his life. But on deeper introspection, he also acknowledges its place in something bigger than itself, which is usually the story with metal bands. While they may not see their impact as individual bands or people, as a greater force, metal has the potential to be a liberating force. It already exists as a personal liberator, why not a cultural one, or an educational one? Maybe even the political force we have been waiting for. By turning your ear towards Davidson, he gets you to think. Yes, it can be all of these things, but why complicate things. For him, metal is simply one thing, an intellectual force. “Why should it be political? It sounds too much like we’re trying to paint a very diverse and intellectually rich sub-culture into a corner if we say that. So, in my opinion, to be a metalhead means so many things. To me… it means complete intellectual, spiritual and expressive freedom. This cannot be limited to politics, though it certainly can and should include politics, depending on the artist and context. So the only agenda I propagate is that as the intellectual explorers we like to believe that we are, we have a duty to question, well… fucking everything!”

Which brings us back to metal4africa. Davidson, while being a metal musician, is just far too intelligent to be just this one thing. He knew African metal needed a place to express itself and he has worked for many years to make sure it could. Like all music writers, music isn’t just about the personal liberation it provides, but can give you a chance to unpack its socio-political context and situate it in its context of liberation. This is why we are seeing more scholars and filmmakers emerge dedicated to the subject of metal and what it provides for those who fall into that category, the “metalhead”.. “…Metal, as I see it, is a process to which each of us is entitled to attend to as the individuals we are.” 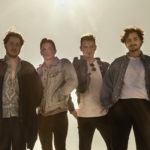 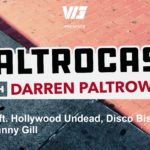