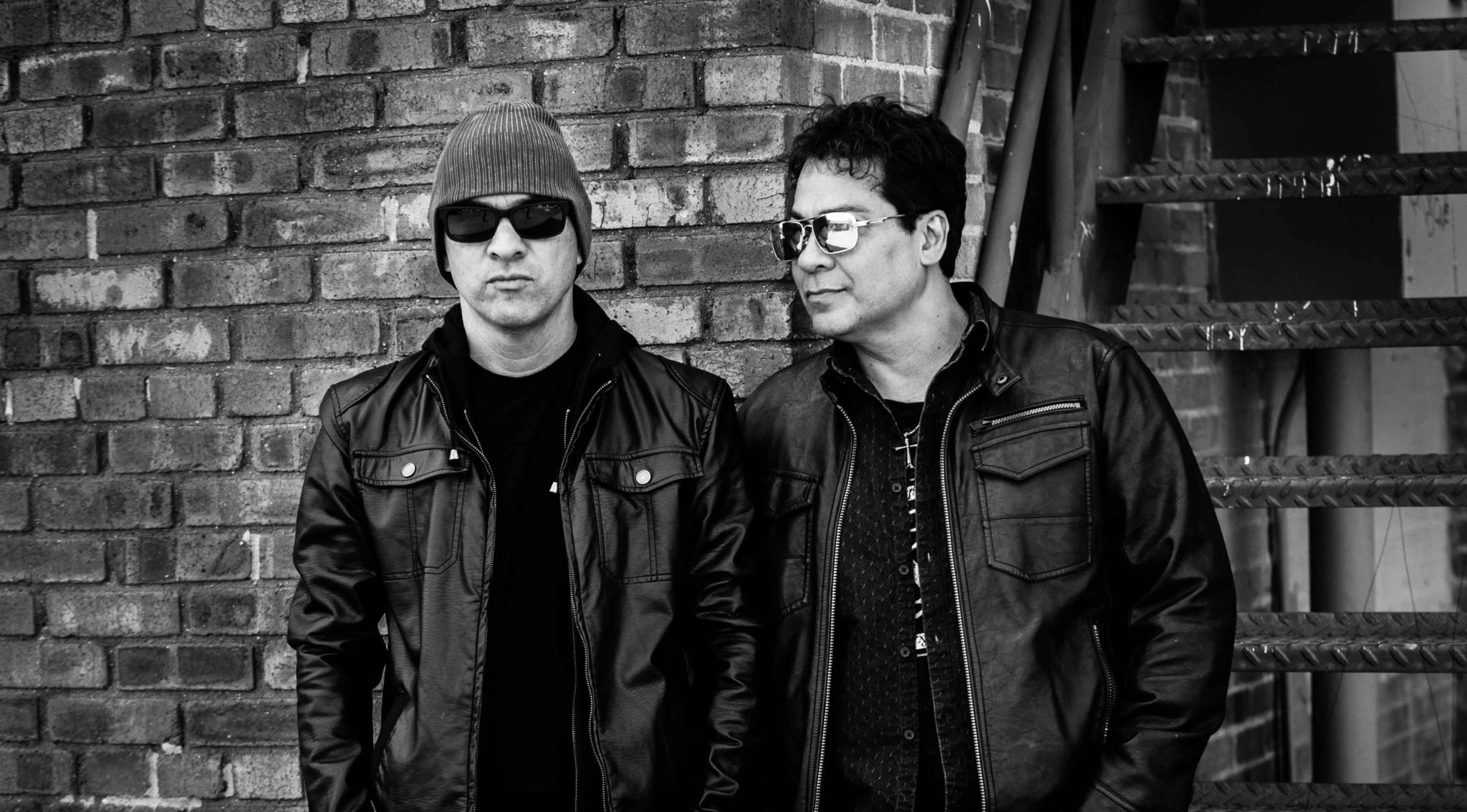 There’s a good chance that you know the name Tesla, but it may not be as likely that you know Jeff Sandoval and Mike Araiza. The two are a well-regarded songwriting duo, who have worked extensively with songwriter and guitarist Frank Hannon of the above-mentioned multi-platinum hard rock group. While Hannon’s bread has primarily been buttered by his near 40-year affiliation with Tesla, he has also had his own band, of which Sandoval has been the lead singer and Araiza, the guitarist.

Collaborators almost since they met, Sandoval and Araiza have continued to independently write music and what you have is the Albuquerque, New Mexico-based Healing The Fray. After the recent release of their single “Mercy,” the group has now dropped a new single titled “Outside Looking In,” a more melodic, acoustic number, a real change from their usual riff-rocking ways. It’s a more personal foray into Healing The Fray’s songwriting and shows the band in a different light.

Rather than offering a standard comment, Sandoval and Araiza have chosen to respond in a more poetic fashion:

“Loss.
And all that’s left behind.
All the uncertainty circles your mind, like an endless storm or a bottomless whirlpool. It can consume you so quickly and it sneaks up without warning.
There are infinite questions swimming in your head, riddled by the constant self-blame. Finite statements of what you should or could have said.
Why did you wait so long?
Why did you hold back?
Why did you do this?
Why?
Thank you!”

You can take a moment to interpret that as you will, but we’ll continue to tell you a little bit more about Sandoval and Araiza. The two became quick friends upon meeting in 2007 and soon formed a local band. They also discovered shared chemistry when it comes to songwriting, which has been assisted in some way by producer Chris Collier who became a third member of Healing The Fray. Collier has been relied upon by Sandoval and Araiza for his skills in helping the two of them in creating their own sound and presentation. This only further assisted their creative relationship in the recording studio which has also helped them in forming collaborative associations with other well-known artists such as Dickey Betts of the legendary Allman Brothers, Rick Derringer, Dave Meniketti & Aaron Leigh of Y&T and many more.

As inseparable partners and friends, Sandoval and Araiza are excited to continue pursuing their own venture with Healing The Fray. We can only stay tuned and continue to look forward to many new singles and releases to come in the future.