Even if your musical radar extends far and wide across the globe, you may not yet be aware of an artist that you really ought to be. We’re talking about Grant Kilpatrick, a solo indie rock musician who’s started to make some headway in his hometown of Edinburgh, Scotland. Still a young man, Kilpatrick just released his sophomore single titled “Out My Mind” about two weeks ago and, now, has a new music video ready to debut. It’s a fun, upbeat indie rock tune that stands equal to anything else currently saturating the scene. It also shows how Kilpatrick is an artist ready and prepared to bust out in a big way and make 2020 his breakthrough year.

In “Out My Mind,” Kilpatrick comments on the modern media and his uncertainty regarding what’s fake and what’s real from the news and information which is exposed to him. “I’m often confused about what to believe nowadays. Whether that’s fake news, social media or the latest fad diet,” Kilpatrick said. “Out My Mind’ touches on that ‘information overload’ that we’re all feeling right now. Ironically I’m sure I wrote the lyrics on my phone while also scrolling through Twitter for some inspiration…”

In this early phase where he’s just beginning to forge his own musical path, Kilpatrick is assembling a sound that is both accessible and melodic. The release of “Out My Mind” is the prelude to the proper release of his debut EP which will be coming in May. What you’ll find on that EP is something that lives peacefully between the flair of Frank Carter and the wailing tones of Noel Gallagher. With his new single now here and his EP arriving soon, we spoke with Kilpatrick about “Out My Mind,” the modern news media, and also got a preview of what to expect from his first batch of songs.

With regards to “Out My Mind,” you commented that the song is about the information overload we’re all feeling nowadays. Are you feeling that especially now considering the worldwide Covid-19 pandemic?

Grant Kilpatrick: “Definitely. I’m making an effort to check in with the updates but I’m also taking time out from my phone to just chill with family. I think that’s really important right now. Everybody needs to be educated but you could drive yourself mad constantly reading about it. I hope everybody is staying safe.”

With the confusion over what to believe that “Out My Mind” touches on, do you try to avoid the news and modern media as much as you can?

“No, not all the time. It’s about striking a balance isn’t it? Sometimes you’ve just got to make your own mind up and avoid contributing to the Facebook and Twitter echo chamber.”

If you had to select one thing about “Out My Mind” that you enjoy the most, what would you say it would be?

“The fact that it’s just my mates and I on the track. Playing music is great but if you get the chance to do it with friends then it’s really special. There is nothing else like it.”

We’re still a little ways away from the release of your debut EP. Being at the point of releasing your first music for the world to hear, what are you most proud of with this batch of songs that you chose to include?

“There is a good bit of variety in there so far which is cool. I do feel like my own sound is going to develop even more and I’m excited about that. At the moment I’m really enjoying being part of that progression. The reaction to ‘Out My Mind’ has been great and with the release of ‘Tension’ last year I feel people are really getting a good idea of what I’m all about.”

Have the songs on this debut EP been recently written or they hand-selected from several others that you’ve written leading up to this point?

“It’s a combination of both really. I like to write as much as I can so there is always a decent batch to choose from. The more you write the easier it is to pick and choose your tracks. At the end of the day, it’s about putting your very best stuff out there and that’s what I plan to do.” 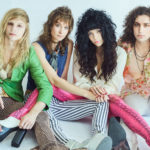 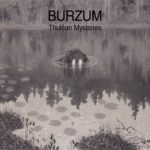