You’re about to run into some “Catastrophic Love” courtesy of the industrial magic of Ghostatic. What once began as a hobby has now become a full-time job for Adamo Fiscella who, much like Trent Reznor, is really a business of one. Fiscella originally started experimenting with various sounds and music-making before becoming obsessed with what he was doing to the point that he wanted to create something more grandiose. The outcome is what you hear today; “Catastrophic Love” is just one sample of the sound and experience that Fiscella has invented with this brand new project.

The song is the follow-up release to the January-released “Violence,” with both songs maintaining the industrial-infused integrity that Fiscella is pursuing with Ghostatic. Despite his focus on the musical aspects of his presentation, Fiscella is also a worthy songwriter who can pen some intelligent and emotional lyrics. Commenting on the perspective he took in writing “Catastrophic Love,” Fiscella said, “‘Catastrophic Love’ expresses all the fun stuff that develops in an emotionally toxic relationship from the viewpoint of someone who is, himself, also emotionally toxic. Similar to what happens when two trains collide at top speed.”

The Cleveland-based Fiscella has aimed all of his greatest influences into the fabric of Ghostatic, looking to the aforementioned Trent Reznor and Nine Inch Nails, Nero, Skeler, and Deftones to fulfill his musical aspirations. It’s very much a vocally-driven affair heavy on aggression, along with a focus on modern production over a foundation of big synth bass, thick riffs and forceful electronic and traditional drumming. With sounds like this, it’s not hard to feel a lot of optimism when you experience the creativity that is Ghostatic.

As he prepares to release new music again soon, and to further define just where he wants to go with Ghostatic, we caught up with Fiscella to talk more about “Catastrophic Love,” the studio production side of the song, and his greater musical goals.

Take us into the world of Ghostatic and your new single “Catastrophic Love.”

Adamo Fiscella: “Ghostatic is an ominous, all-encompassing presentation of sounds and experiences written, performed, and produced by, myself, Adamo Fiscella. This project has been in the works for quite some time. I’m stoked to finally bring it out of the darkness and into the light.”

Tell us where this song comes from thematically speaking.

“‘Catastrophic Love’ expresses just how extreme a toxic relationship can get. The music video takes it beyond that. Every relationship starts with ‘Hello.’ Some end happily ever after. Some end in a living nightmare. You never know.”

With a musician such as yourself, I’m sure the early versions of your songs may barely resemble the finished product. How much did this song change from its early workings to now?

“This one changed quite a bit. The melodies, instruments, percussion, all of it evolved dramatically as I got closer to the sonic space I was trying to achieve. The vocals usually take precedence in my songs. As well with this one. Lots of layering and texture.”

I imagine you had an early idea or vision for “Catastrophic Love.” When did you first start working on this song and start coming up with the skeleton structure of it?

“The song was conceived a while back i.e. lyrics, melody, and structure. I let it incubate for a year or so until the full vision came to life in my head. Then it was off to the races. A marathon, I should say.”

With an artist such as yourself, there’s no way we can just glance over studio production since it’s an integral part of how you create your music. What was the production process like for “Catastrophic Love” and was it a difficult song to get sounding just right?

“Yes. Production is the elephant in the room. It’s an elephant that antagonizes me to the point of madness, until I get it right. But I’m never satisfied. Da Vinci said it best. ‘Art is never finished.’ Only abandoned. I have upwards of 150 tracks running in some of my productions. At some point, you need to chill, seal it, and deliver it. I have too many producer/musician friends who have trouble finishing songs. I tell them the same thing. It’s not so easy telling myself that.”

As a more general question, what are your own personal visions for Ghostatic? Where do you hope to go with this solo project in the future?

“I’m sitting on an album worth of music in various stages of completion. I’m already working on translating them into a live performance. It’s not easy but not impossible. In fact, I like how these songs are sounding when performed live. They are more raw and intense with room for improvisation. I will be booking some low key shows around my hometown (Cleveland) to work the bugs out as soon as this virus subsides. I really miss playing live so I can’t wait!” 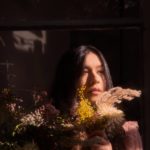 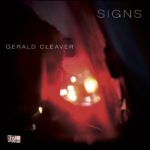