Jazz is an extremely wide and varied genre of music, one that incorporates many different influences (old and new), many different sounds, and many different ways of playing music. Whilst there is a very basic foundation to what jazz ‘is,’ the ways to attack it are infinite and on-going (just look at the heights achieved by prolific artists such as Miles Davis, Wynton Marsalis, and Herbie Hancock), and therein lies the future of what is still known as the original American classical music.

Gerald Cleaver is a jazz drummer and teacher who has earned his reputation as one of the best modern jazz percussionists through years of composing, playing, teaching others, and searching for new avenues of sound. With Signs, he wanted to channel the Detroit electronic music that surrounded him growing up into an ambient landscape with that solid jazz backbone.

Let’s get one thing clear from the get-go – there is very little in the way of traditional jazz here. Genetically, the DNA of jazz can be heard throughout, but it works as the basis of the music and not the meat and potatoes of the songs themselves. Cleaver makes all the sounds himself, and the electronica ranges from avant-garde to mild techno to way out there Aphex Twin audio madness. Songs like “Blown” and “Amidst Curses” incorporate everything from ‘80s blippy wavelengths to out-and-out free-form EDM with industrial highlights. The Signs trilogy that makes up the body of the album (“Signs I,” “Signs II,” and “Signs III”) fall into more downbeat/acid jazz/trip-hop territory, utilizing ambient soundscapes infused with ‘solos,’ drone passages, and even 8-bit gaming passages, amounting to a beautiful journey through unknown territory.

The four bonus tracks at the end of the record rely mostly on atmosphere and sparse instrumentation for effect, although “Radiator” sounds like an angry message from a large military computer base in 1983, and “Photic Plains” is a mash-up of orchestration and classic epic sci-fi score. Whilst these additional songs don’t add anything monumental to the core album (from a cohesive song structure point of view), they are infinitely interesting and have tons of creative and entertaining elements.

To be fair, Signs won’t be sitting in the Billboard charts alongside the waffle that makes up popular music these days, but that’s most definitely not the point of what Cleaver was looking to produce. This is the beating heart of jazz, the need to strive for different ways of making music through composition and the courage to release it. And within that, he has made a collection of music that pushes the listener to open their mind and experiment along with him, actively allowing the unknown into their ears and do whatever they want to the senses and, ultimately, emote. It’s a wonderful album that is as entertaining as it is experimental, and worthwhile for all those that look for something different in their daily playlist. 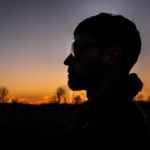 Our Favourite Venues: Bristol Punks Sugar Horse Pick Some of their Favourite Dives Around the UK