Following in the footsteps of Oasis and The Verve, Embrace became a pop sensation in post-Brit-pop Britain, breaking through in the late ‘90s. The group—hailing from Huddersfield, West Yorkshire, England—had a knack for big, anthemic hooks, which they transform into sweeping, sprawling, lugubrious rockers. While their material never really cracked our marketplace, their sound can be compared to artists like Snow Patrol and The Script.

The vinyl repressing for If You’ve Never Been comes with a full-colour interior sleeve complete with lyrics. The 180 gram LP was pressed at Memphis Record Pressing and features the Top 40 hit singles “Wonder” and “Make It Last.” If You’ve Never Been showed a dramatic shift in direction from Embrace’s earlier rockier sound, displaying their versatility in a thoughtful, tender approach to the body of work. These early recordings sound so warm and open on LP. It makes owning them this way totally worth it. Opting for the vinyl really does heighten the listening experience, especially on the quieter tracks that permeate their third album.

The original pressings of these albums have been fetching inflated prices on the aftermarket. Now is your chance to experience them for a regular price. Upon its release, If You’ve Never Been secured Embrace their third UK Top 10 album position, cementing them as a standout British act, and a predecessor to acts like Coldplay and Athlete.

If You’ve Never Been Track Listing: 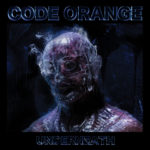 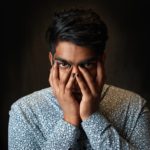