Following in the footsteps of Oasis and The Verve, Embrace became a pop sensation in post-Brit-pop Britain, breaking through in the late ‘90s. The group—hailing from Huddersfield, West Yorkshire, England—had a knack for big, anthemic hooks, which they transform into sweeping, sprawling, lugubrious rockers. While their material never really cracked our marketplace, their sound can be compared to artists like Snow Patrol and The Script.

The vinyl repressing for Drawn From Memory comes with a full-colour interior sleeve complete with lyrics. The 180 gram LP was pressed at Memphis Record Pressing and features the singles “Hooligan,” “You’re Not Mine,” “Save Me,” and “I Wouldn’t Wanna Happen To You.” These early recordings sound so warm and open on LP. It makes owning them this way totally worth it. Opting for the vinyl really does heighten the listening experience, especially on the quieter tracks.

The original pressings of these albums have been fetching inflated prices on the aftermarket. Now is your chance to experience them for a regular price. When Drawn From Memory was initially released in 1998, the album spent 20 weeks in the UK Top 100, and the band went on to tour the country, supported by Coldplay. 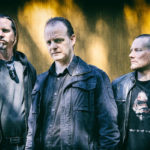 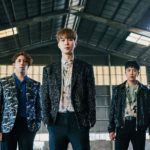