Long-haired, hard-core, denim and leather-clad combos with eye-catching logos were revving up throughout Europe. For rock-crazed American kids like me, the late ‘70s and early ‘80s NWOBHM movement probably was as exciting as the grunge movement was for young hipsters during the early ‘90s. And, for those kids like me who grew up worshiping such authentic rock acts as The Who, Deep Purple and Bad Company, as well as glammed-up groups including The Sweet, T. Rex and Slade, a couple of those brash new bands were particularly appealing — bands that possessed the balls to be bold, while also owning the cojones to have hooks.

When the British brigade Def Leppard first paddled across the pond, I couldn’t help but notice their cool-sounding Led Zeppelin-stylized name. They looked cool too. And when I first heard their Mercury Records debut, On Through the Night, I was reeled-in posthaste. That was 40 years ago this month (March 14,1980) — seems like yesterday. I was just a kid. So were the Def Leppard band members.

Driven by the blistering dual guitar riffs of Steve Clark and Pete Willis, the opening track “Rock Brigade” was an instant scorcher. Then came the pickle-punching drum work of Rick Allen. Then the cock rock mission statement proclaimed by frontman Joe Elliot — all wrapped up in a sassy hook that could seduce ya ‘til well past lunchtime.

“Hello America” was a heart-stopping, radio-friendly anthem fueled by “Feels Like the First Time”-flavored keyboards and Queen-inspired back-up vocals. A songwriting collab between Elliot, Willis, Clark and bassist Rick Savage, it showed a budding young band with big dreams of invading the U.S.

In the early 2000s, a member of Def Leppard was tangled in something of a Twitter tiff with a member of a notorious hair band who suggested Lep was an ‘80s band — the Lep member insisted they were a ‘70s band. Despite being associated widely with the most celebrated arena rock acts of that era, Def Leppard’s ‘70s roots can’t be denied on the melodic UFO-style rocker, “Sorrow is a Woman” — a track that also served up some sweet-n-spicy dual guitar work.

Speaking directly to their mulleted teenage minions, “Wasted” was raw enough to be real, yet polished enough to sparkle like a diamond. Under close inspection, one might detect a smidge of the track’s DNA smeared across an early Anthrax record — just a spot-on insight from an observant old-timer.

Another of many noteworthy highlights, “It Don’t Matter” oozed Blackmore swagger and hit like a 20-pound sack-a-taters.

Produced by Tomas Allom (Judas Priest, Black Sabbath, Krokus), On Through the Night burned with fire and fury — proving an impressive debut — hovering near the Billboard Top 50 and ultimately achieving platinum status. The band supported the record playing theaters as an opener on the 1980 U.S. Pat Travers tour. Within three short years everyone would be opening for them.

While Def Leppard soon went on to sell jillions of records as one of the biggest rock bands in the world, it can be argued that On Through the Night remains their most honest and pure effort to date.

On Through the Night Track Listing: 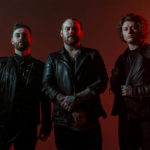 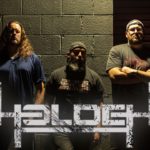