Hailing from Oporto, Portugal, death metal behemoth Colosso may be a denizen of the subterranean underground death metal scene, but that hasn’t stopped main-man Max Tomé from navigating his band through a labyrinthine history. Starting in 2011 as a project written with the goal of releasing an album with a drum hero as session player, Colosso has since issued four albums of quirky death metal that draws comparisons to Nile, Suffocation and Incantation on one end and Fear Factory, The Senseless and Strapping Young Lad on the other. This, as Tomé led his baby through various permutations; one-man studio project, full band and back to doing it himself.

The twist with the band’s new EP, Apocalypse, isn’t just that the record is thematically centred around the Four Horsemen of the Apocalypse (if, for some reason you’re unfamiliar with the subject matter, Google that shit or go listen to Kill ‘Em All) but that each song is dedicated to one of the Horsemen via a different vocalist. Written by Tomé with drums performed by Norse’s Robin Stone, bass by Alex Ribeiro, and vocal contributions from Oak’s Guilherme Henriques, Bleeding Display’s Sergio Afonso and Analepsy’s Diogo Santana, Apocalypse continues Colosso’s dismantling of death metal tropes to offer a recording that’s as ambitious as it is entertaining. We caught up with Tomé via email to talk about solitary endeavours, the Portuguese metal scene and how death and famine measure up against one another.

Alright, man! Introduce yourself with a brief history of the band, if you could be so kind?

“Well, it all started as a one-man project with the will to write a death metal album which featured Dirk Verbeuren (drums), who now is in Megadeth. My first album as Colosso was released in 2012 and it was called Abrasive Peace. Then, I started looking for members to play the songs live and had a full lineup going from 2013 to 2017. During that period, we released two EPs and the second album Obnoxious, all DIY, and did some live shows here in Portugal. In 2017, everyone in the band except me wanted to go on a hiatus to focus on other projects, so I decided to take Colosso back to the one-man-project format. I released my third album, Rebirth, in 2018 and I’m now releasing this EP called Apocalypse through Transcending Obscurity Records.”

Was there a particular event that had you take the reins and do the band as a solo project?

“Yes, it was when everyone wanted to go on hiatus and do other projects that I decided to go back to a one-man project. It wasn’t an easy decision, because it was such a strong lineup, but I believe it was the right choice to let people follow their own hearts and let me focus more and more on Colosso.”

I understand the scene in Portugal is full of musicians, but there’s also a certain amount of discouragement because of the expense and lack of opportunity in getting out of Portugal to tour. As well, bigger labels aren’t really focused on the country. Is there truth to this and, if so, did it impact your attempt to find members for Colosso after 2017? How do you characterize the Portuguese metal scene?

“It is true that we, as a country, somewhat lack international label interest, at least from the big labels. But it’s also true that many of us musicians here in Portugal don’t work or don’t care enough to make that label interest grow. This being said, if you have enough will and put enough work into it, it is possible to regularly gig outside of Portugal and catch label interest and attention. Still, after 2017, I decided I wanted to go one-man project again. I didn’t try to find new members. In my humble opinion, the Portuguese metal scene is a bit closed in itself. Nowadays with the internet, it is starting to go worldwide, but we’ve had so much talent that just didn’t make any impact on the worldwide metal scene just because we’re in this ‘corner’ of Europe. Still, we hold lots of great treasures here; just Google Genocide from Porto and you’ll see what I mean.”

When did the idea come up for doing an EP based on the Four Horsemen of the Apocalypse and how long did it take to write? Was the theme something that you’d been thinking about for a while?

“I had the idea of writing this EP right after I finished Abrasive Peace back in 2012. Somehow it got forgotten as Colosso went through a more experimental phase, but after Rebirth it just seemed the right thing to do! It took me about two or three months to write the first demo…I’m not 100 percent sure! Then, the final recording took about a year, with some months of waiting for everyone involved to get their parts done. It wasn’t an easy task.”

Is there anything different about your thoughts on, ideas about or approach to the story of the Horsemen?

“I just tried to portrait each of the Horsemen individually through a song and that’s it. Honestly, there isn’t much more to it.”

Did you find writing mostly, or entirely, by yourself to be easier after having done the Rebirth album?

“Rebirth and most of the material on all albums was written by myself alone, with the obvious arrangements by each collaboration. Yes, somehow it’s easier for me to write songs alone rather than in a band, although I like that approach too.”

Was the recording process much different than anything you’d experienced or embarked upon before? What did you do differently as basically a one-man band and leader on Apocalypse that you’d never done or tried before?

“The four different vocalists was different for sure! Also trying to mix and master four totally different tracks to feel cohesive, to feel like a (single) record, was very hard too. Especially in the final mixing stages, where I was so tired of listening to the tracks. The fact that the record was originally intended to be released with programmed drums didn’t help on that either. But then (Transcending Obscurity Records boss) Kunal (Choksi) introduced me to (drummer) Robin Stone (Norse), and it all made sense.”

Do you find yourself getting a negative reaction from segments of conservative death metal fans for daring to include elements that aren’t strictly death metal? Or are you finding yourself surprised by people’s accepting and open-minded natures?

“I have had both opinions since the beginning of Colosso, so I’m used to both. I honestly smile with both criticisms.”

Has the public’s reaction to Colosso changed since you’ve gone solo as opposed to when it was more of a full band?

“Not really. I actually think that back when there was a band there was less interest in Colosso.”

What are the pros and cons of basically being the lone member in terms of all the stuff involved in doing a band?

“For me, the only downside of being a solo project is having to deal with hard decisions such as final mix and mastering for new records. I still return to lots of friends and their opinions on that so I can get an outsider’s view on what I’m doing and perfect it.”

Given the transformation the band has taken over the past three or four years, how has what Colosso means to you personally and artistically changed?

“During the band phase of Colosso, it didn’t feel as my project for a while, even though it was always my project. It means a lot to me personally, in ways I’ll probably never disclose. Artistically, it is where I can basically do whatever I want. If I feel like doing a drone or grindcore or acoustic song, so be it! Everything is possible with Colosso, from my point of view.”

When did Transcending Obscurity hit you up and what made you decide to go with them for the new record? Did Kunal’s ability and willingness to put together excellent packages for his band’s physical releases have anything to do with your decision?

“Kunal did the PR for the Obnoxious album and there he manifested interest in releasing the next album. I don’t know what happened with Rebirth, that album passed by, but we talked about Apocalypse, he was into it. Everything Kunal does with Transcending Obscurity’s releases is made with utter detail and perfection, there’s no question about that! It plays a big role in deciding where you want to have your record released, at least if you work hard on it.”

What are the plans for Colosso once the EP is out and available?

“I’m trying to gather members for live shows, probably there will be only three of us because I want it to be as clean as possible on stage and easy to manage. I also have the next full album almost finished; it will probably be released next year. We’ll see about that.”

Now that you’ve had time to sit back and think about it, which of the four members of the Apocalypse do you feel you identify with most?

“Ah, my favourite song is probably ‘Death.’ I listened to it countless times during my trips to work and back home. But the one I think worked better is ‘Famine.’ It has the deepest growls as well as a modern and old-school vibe going on at the same time.” 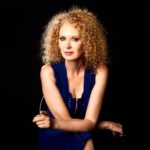 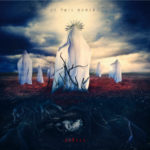 In This Moment – ‘Mother’ [Album Review]