Watch out! Toronto’s Call The Wolf is on the prowl… This rabid, rising trio furiously blends post-hardcore, alternative rock, and punk into their own snarling sound, as evidenced by the single “Black Moon.” The song, for which we’re today debuting the official music video, matches perfectly with the eerie undertones of the video’s dark lighting, and quiet and loud, in-your-face parts that jump out like, well, like a hungry wolf. The video was shot in the band’s hometown over the course of three days with video director Ryan Glover at the helm. “Black Moon Rising” is one of the more prominent tunes on the band’s late-2019 self-titled debut, Call The Wolf.

Commenting on how in sync the music video is with the song’s intensity, frontman Preston Moore shared, “‘Black Moon’ is one of our songs on the heavier side, and we all felt it would make for a cool first single. Working with director Ryan Glover on the video was a great experience! He managed to capture the feeling of the song, while complimenting the energy of the band’s performance.”

You may be surprised to learn that Call The Wolf is able to create such musical fury from the minds, hands, and hearts of only three musicians. Comprised of the aforementioned lead singer and guitarist Preston Moore, plus guitarist Chris Moleirinho and drummer Andrew Stricko, these guys formed as recently as 2017 and quickly released a debut EP titled Little Golden which introduced them to the local Toronto scene.

That EP’s songs were very much in the style of post-hardcore, punk and alternative rock which they used as influences to form their own modern rock sound that didn’t lean too much in any one direction. Over the course of the next two years, the guys simultaneously toured and jammed new music, which they took with them to The Panda Studios in San Francisco to create their debut.

With a new album out, the next thing on the agenda is playing live. You can rest assured they’ll be lurking around their native Toronto and the surrounding area looking to add more members to their pack. 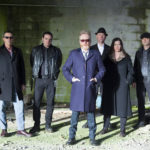 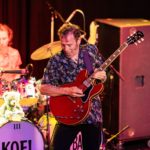