He may be British, but that hasn’t stopped Jacob Clarke from embracing the fundamentals of American songwriting. While other artists may be more tempted to stick to their roots, Clarke is very open in his admiration of the Great American Songbook and all of its standards, something that becomes even clearer when you listen to how he composes his music. To mark the beginning of a busy time of year, Clarke is debuting his new single “OTICL,” a laid back, bluesy number that plays very easy on the ears. It also has somewhat of a sombre tone, due to one particular heartbreak that Clarke has now had time to reflect on and put into words and music. While the lyrics lean on the dramatic side, the musical tones are peaceful and traditional. Clarke plans to soon release an even more stripped-down live version that was captured in-studio.

Now based in Leeds, Clarke got his start in the Manchester music scene where he gained experience as a guitarist on several tours and festival appearances around across the country. He is now happy to call Leeds home where he consistently writes and produces new music and has embraced being a focal point of the local scene. Clarke has even played a role in the opening of the new Evoke Studios, a much-needed haven for songwriters who may otherwise go unnoticed. Along with several other songwriters and producers, Clarke has helped fund and create the studio which will be operated collectively by its creators. It only further proves what a genuine artist Clarke is and how much he cares about helping those with real talent who could use a hand.

As part of our exclusive premiere of Clarke’s new song, we spoke to him about “OTICL,” how it was composed, and Evoke Studios.

I like the kind of mellow, bluesy vibe that goes along with “OTICL.” What type of bands or artists did you have in mind when you wrote this song?

“Writing-wise, I was going for that American songbook vibe. I honestly think that the way those songs unfold is so romantic. Chet Baker’s ‘Like Someone In Love’ is probably my favourite example of that. With the arrangement on ‘OTICL,’ I was just trying to put this traditional, romantic style song into a place it hasn’t been in before, I guess that’s where the mellowness comes from. I don’t think I can make a song that isn’t mellow when I’m writing for myself, to be honest.”

I really enjoyed the little guitar parts that are spread throughout the song. What guitar players have been a major inﬂuence on your playing style and what about these guitarists do you love the most?

“Guitar playing for me has always meant Jimi. And the best way Jimi’s playing transfers to pop music would sound a lot like John Mayer. Between these guys, I’m inspired for a lifetime, easy. The feeling always comes ﬁrst, that’s why these guys kill it.”

You said that the song is the result of a personal heartbreak that you’ve now had time to think about and get passed and I think you really translated that well into the sound and vibe of “OTICL.” Would you say this song is you now coming to terms with this heartbreak and putting it behind you?

“There’s so much love between us and I can sing every word genuinely and that’s kind of the point; we were young and maybe that’s the only time love feels quite as dramatic as the lyrics are.”

“It’s that romance thing! It’s more the style that the Americans started way back when. I guess that’s the cool thing with the internet, I got to know these songs before I knew where or when they were from. Bruno Major’s probably my favourite who has embraced it more recently, and he’s British. That’s just the vibe I was going for with this.”

You’re involved in Evoke Studios which is a new recording studio in Leeds run by a collection of songwriters and producers. Tell us a little more about this new studio and how it came together.

“It’s such a blessing, man. The four guys that I work with on it are next level, the table is stacked with what these guys are bringing to it. It couldn’t have come together in a better place, either; Leeds is lit at the moment. Some of my favourite artists in the world live here, and I’m so excited to be a part of a platform that’s gonna bring everyone into it a bit. We’re not quite off the ground yet, but soon it’ll be a space where people are free to create whatever dope music they want, and a platform to share it, and I’m gassed about it.”

Lastly, since you’re from Manchester, I always ask every artist I speak to the customary Manchester question. How big of an Oasis fan are you and what’s a better album, Deﬁnitely Maybe or What’s The Story Morning Glory?

“Of course, I’m actually listening to Morning Glory right now, it has to be that one. Masterpiece. The bangers always swing it for me.” 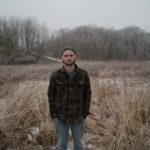 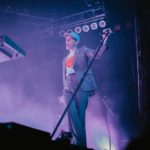