On his third release as a solo performer, Brian Fallon brings a collection of songs in Local Honey which he declares his most intimate, honest and open writing yet. Releasing on his own Lesser Known Records label on March 27th, the album is “not about these glorious dreams or miserable failures, it’s just about life and how I see it” (Fallon, press release) and promises a level of truthfulness not seen previously in his writing.

Opening with “When You’re Ready,” there’s an immediate familiarity to the songs that’s been a hallmark of Fallon’s career and part of what has seen him retain such a broad and passionate fan base for so many years. Bringing some occasional slide guitar there’s a country twang that has been present on previous releases Painkillers (2016) and Sleepwalkers (2018) but pushed more to the fore throughout the length of Local Honey. Following this is “21 Days,” a track which shows the range to Fallon’s voice as well as the character he brings more than any others while staying true to his message of honesty serving as a commentary to his own battle to quit smoking. There’s a highly introspective feel throughout the album meaning Fallon has hit the nail on the head with what he was aiming for in his writing.

“21 Days” shows Fallon’s songwriting ability as well as the ever-growing range of his voice:

One of the album’s standout moments is “Vincent,” which Fallon debuted live at his intimate solo show at 100 Club in London back in January. A particularly heartbreaking and compelling tale showing his ability as a weaver of stories as well as a writer of songs, it channels the melancholy mood of the album as well as brings Fallon’s piano playing to the fore – marking both his growth as a musician and the broadening of his musical horizon and approach. It’s a shame that it’s highly unlikely Fallon will return this May for his scheduled UK dates given the world’s current restrictive measures but, with Local Honey out this week, and no shows with which to feed the music-hungry masses, appetites will no doubt be voracious when music touring resumes.

Despite all the quality of songwriting and performance on display, there are some tracks that seem to somewhat suffer in their composition. Local Honey can simultaneously feel more stripped back than Fallon’s previous solo releases, yet also busy in that the instrumentation detracts from the centrepiece of his voice. Having witnessed some of the album performed live with just one instrument and voice, it’s a real disappointment that on this record the over-production seems to dilute the impact of the delivery in some places; and it feels that this holds the album back rather than helping to reach its full potential.

When album closer “You Have Stolen My Heart” finishes, though, there remains the feeling that you have just consumed a very special album. Fallon’s most intimate outing yet holds some of his most haunting and forlorn tracks, and it’s a release you can feel burrowing under your skin with each and every listen. When its release was planned there’d be no way of predicting the COVID-19 lockdown, but Local Honey brings a wistful message and one extremely talented man’s view of his own life to which many of us can relate. It’s a record well worth picking up for all familiar with Fallon’s previous work, or those who simply like the most soul searching, personal acoustic-led music they can find.

“You Have Stolen My Heart” is Fallon’s first true love song, and marks one of the standouts on the album: 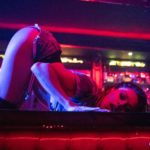 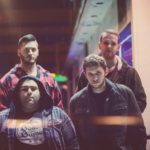