I’m not an Xbox or Playstation guy. While I’m sometimes tempted, it’s just not worth the money I would rather spend on LPs, lobster tacos and let’s not forget the Guinness. Having said that, I love playing games on my Android, which leads us to the fact this will be my first review conducted solely on said cell phone. I also love the band Amon Amarth and, while their first video game by Ride and Crash is free, Beserker – based off of the album of the same name – costs a measly $2.99. Both games showcase classic Nintendo graphics with a midi soundtrack composed by the Vikings themselves.

Amon Amarth: Beserker is an easy play through with the only negative being sometimes you find yourself punching the phone screen rougher than necessary. (Or is that just me?) We get seven levels of mead-induced gameplay, which should keep you occupied enough during your next flight to Vegas to avoid turning around and smacking the kid who keeps kicking the back of your seat.

Now, while I only recently downloaded this game and have yet to conquer my quest to Valhalla, I am no doubt addicted and en route to total victory. So, go ahead, get a good sampling of the game by downloading the first Amon Amarth game for free on iOS or Android. It should keep you from stealing the whiskey and Coke from the mother of the kid behind you.

Go beserk for the game’s trailer. 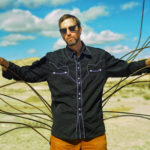 “Nobody” Does Hobo-Folk Quite Like Milwaukee’s D.B. Rouse [Song Premiere] 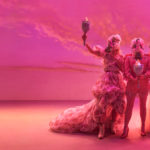