Celebrating the 25th anniversary of the late great 2Pac’s groundbreaking third studio recording, Me Against the World, Interscope Records and Amaru Entertainment are reissuing the album on vinyl. The double-platinum, fifteen-track release originally dropped on March 14, 1995, debuted at #1 on the Billboard 200 charts, and was nominated for Best Rap Album at the 1996 Grammy Awards, with the single “Dear Mama” being nominated for Best Rap Solo Performance. Fans can now grab the joint on classic 180-gram 2LP vinyl.

Considered by many as his definitive album, Rolling Stone’s Cheo Coker claimed in 1998, “Me Against the World — by and large a work of pain, anger and burning desperation — is the first time 2Pac has taken the conflicting forces tugging at his psyche head-on…love him or hate him, 2Pac remains one of the most compelling characters in black popular culture.”

The album eventually landed on the Rock and Roll Hall of Fame’s “Definitive 200 Albums of All Time” list. 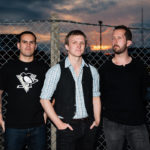 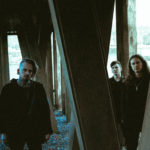