Look up towards the Magnetic Skies and you may just see a lot of synth pouring right down on you. Yes, we are talking about synth pop-rock act Magnetic Skies, a UK-based duo led by Simon Kent and Jo Womar. The twosome is headed right towards “paradise” with their brand new song “Into Paradise”) off the new EP of the same name, Into Paradise, due for release on March 20th via independent label ReprinT Records.

Today we are helping to unveil the EP’s lead song, offering listeners a well-rounded idea of just what Magnetic Skies are all about. Featuring Kent’s melodic vocals in front of Womar’s well-written synth backdrops, the song may remind you of some of the hooks heard on the defining groups of the synth era, including Tears For Fears, Duran Duran, and Japan. Everyone loves a catchy, pronounced chorus, and that’s exactly what you’re given with some memorable hooks you won’t soon forget.

Kent offered some perspective on the song and how they came up with the song’s primary structure; “We wrote ’Into Paradise’ early last summer. We came up with the opening synth hook first, and knew we really wanted to get that ’80s feel in from the start. We played around with a lot of electronic sounds, like the big snare hits, and listened to a lot of early ’80s songs to reference sounds. It was a lot of fun to put together! We shot the video (last) September in the evening, and my main memory of that is getting bitten alive by midges, which was not as much fun!“

While there are only four tracks on Into Paradise, they all offer something a little different while maintaining a similar musical style. “Empire Falling” leans towards the darker side of things, reminiscent of The Cure in their heyday, while “Ashes To Ashes” is what you think it may be; a cover of the legendary David Bowie song. Although it may be a remake, the song has Magnetic Skies’ musical stylings written all over it and it has now become a necessary element of their live concerts. Finally, “Give Me Back That Moment” slows things down with poetic vocals being exclaimed by Kent overtop an unrelenting bass riff and ambient synths. It’s only four tracks, but Into Paradise serves as the ideal introductory piece for a duo that’s ready to celebrate an era often overlooked by modern popular music fans.

From their Hold On EP, watch the music video for “Refugee:” 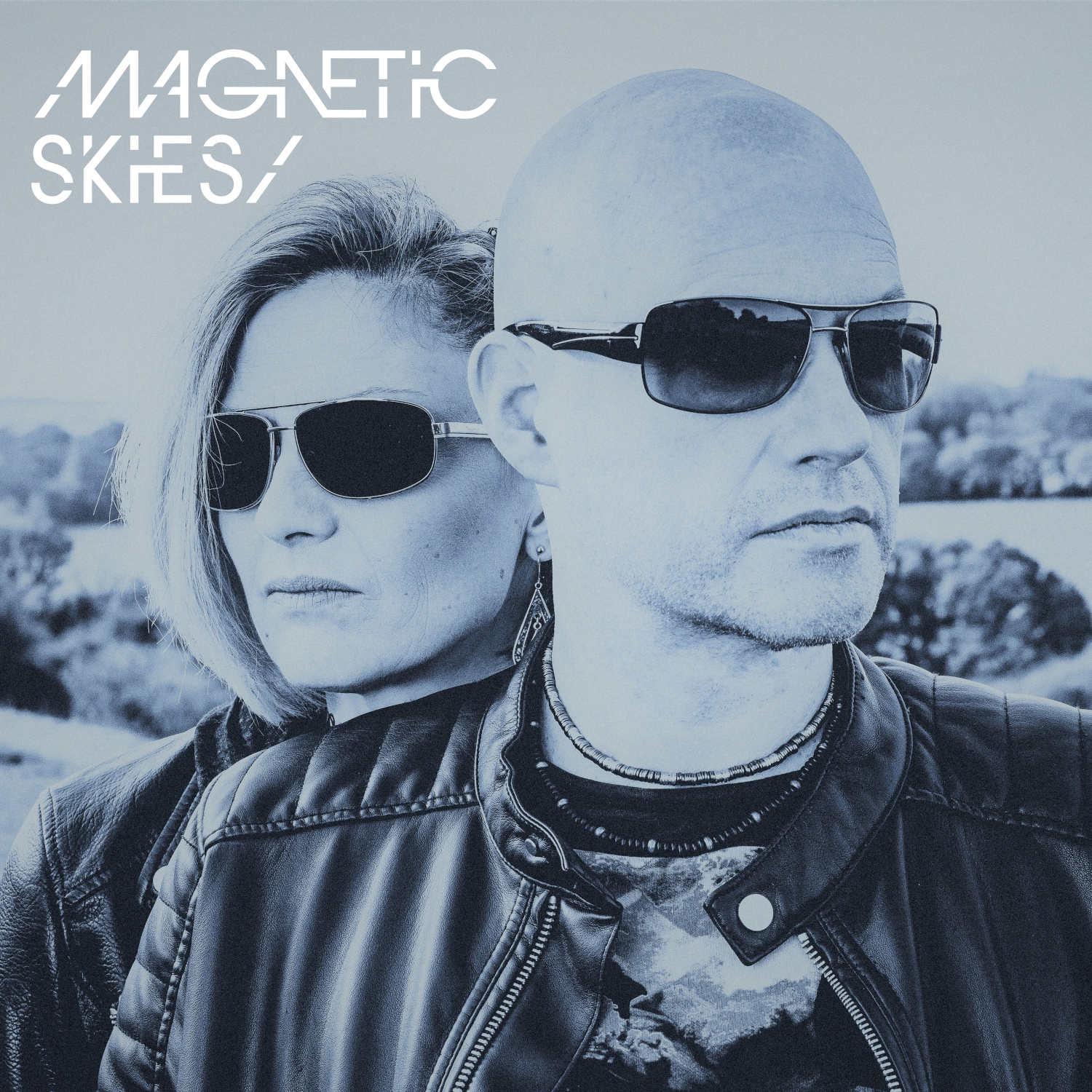