Celebrating the phenomenon that is a leap year, you know, when a year contains an additional day in order to keep the calendar year synchronized with the astronomical or seasonal year, Militia Vox has unveiled a beautifully dark new single entitled “This Leather Heart.” The tune sees the award-winning singer and songwriter team up with Mr. Doc Coyle (yep, the same rad dude of both God Forbid and Bad Wolves notoriety) for some riff-tastic guitar.

Militia Vox handled pretty much everything else and is using the track to tease her forthcoming remix release. Commenting on the news, Vox noted, “I couldn’t resist releasing something on the leap year. I’ve been wanting a remix of ‘THIS IS SHE’ for so long that I finally just did it myself. (Story of my life.) That and the beats were keeping me up at night… It’s definitely influenced by Nine Inch Nails’ FIXED ep and ‘Moments in Love’ by Art of Noise. I hope people listen to it and want to take their clothes off.”

Vox is also well-known as the all-female heavy metal band Judas Priestess’ lead singer, not to mention as an award-winning director, creator and event producer. Hit play, and get dirtay. 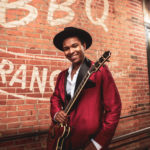 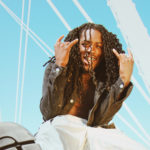 Check Out Black Fortune’s New Video, You’ve Got “Nothing To Lose”