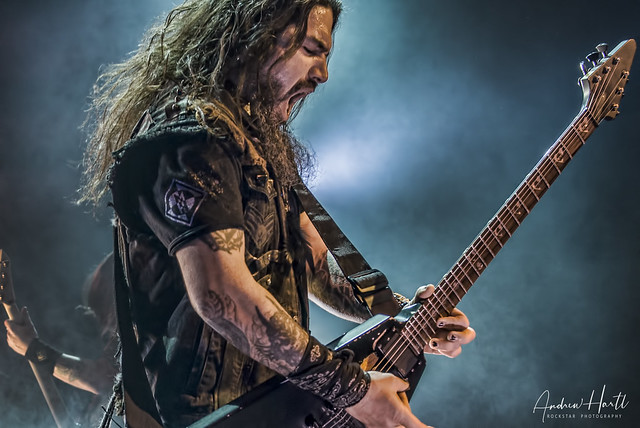 Oakland California’s thrashers Machine Head scorched the Danforth Music Hall during the Toronto stop on their Burn My Eyes 25th-anniversary tour! I think this was the first time that I’ve ever seen the current lineup of a band open the show for the original lineup of the same band.

You have to be amazed at how frontman Robb Flynn, (who is the vocalist of both versions of the band) is able to do a marathon three hours of raunchy, throaty, metal vocals with only a ten-minute break in between! It would be all the more remarkable if he were able to speak the day after.

Bassist Jared MacEachern, and guitarist Logan Mader spent a lot of time airborne in the second set, which is always cool to see, and a real challenge to capture in photos, even more so with metal lighting.

It’s “Do or Die“ with the most recent music video from Machine Head:

So, both singer and bassist are in both versions of the band with the first set lasting fourteen songs. The first three tracks were; “Imperium,“ “Take My Scars“ and “Now We Die,“ with the ten-minute break coming right after.

At this point, guitarists and drummers switch out, and the second set is Machine Head’s original lineup together again. What was truly special about this set was that the band played their 1994 debut album Burn My Eyes in its entirety. Fans seemed to really appreciate both versions of the band, considering doors opened at 6:30 pm and showtime was an hour later. For 7 p.m. on a Tuesday night, the place was packed pretty early in the evening. All I heard any time there was a (rare) quiet moment were crowd chants of “Machine Fucking Head!“ Along with outstretched arms and clenched fists.

Drinks are flowing, people are rocking and, most importantly, having a good old time thanks to the efforts of a good old fashioned hard-working band. Congratulations on a wicked show to both versions of Machine Head, and hats off to an amazing frontman in Robb Flynn!

Let’s reminisce about Burn My Eyes with the music video for “Old:“

Let’s check out the artwork for “Do or Die,“ shall we? 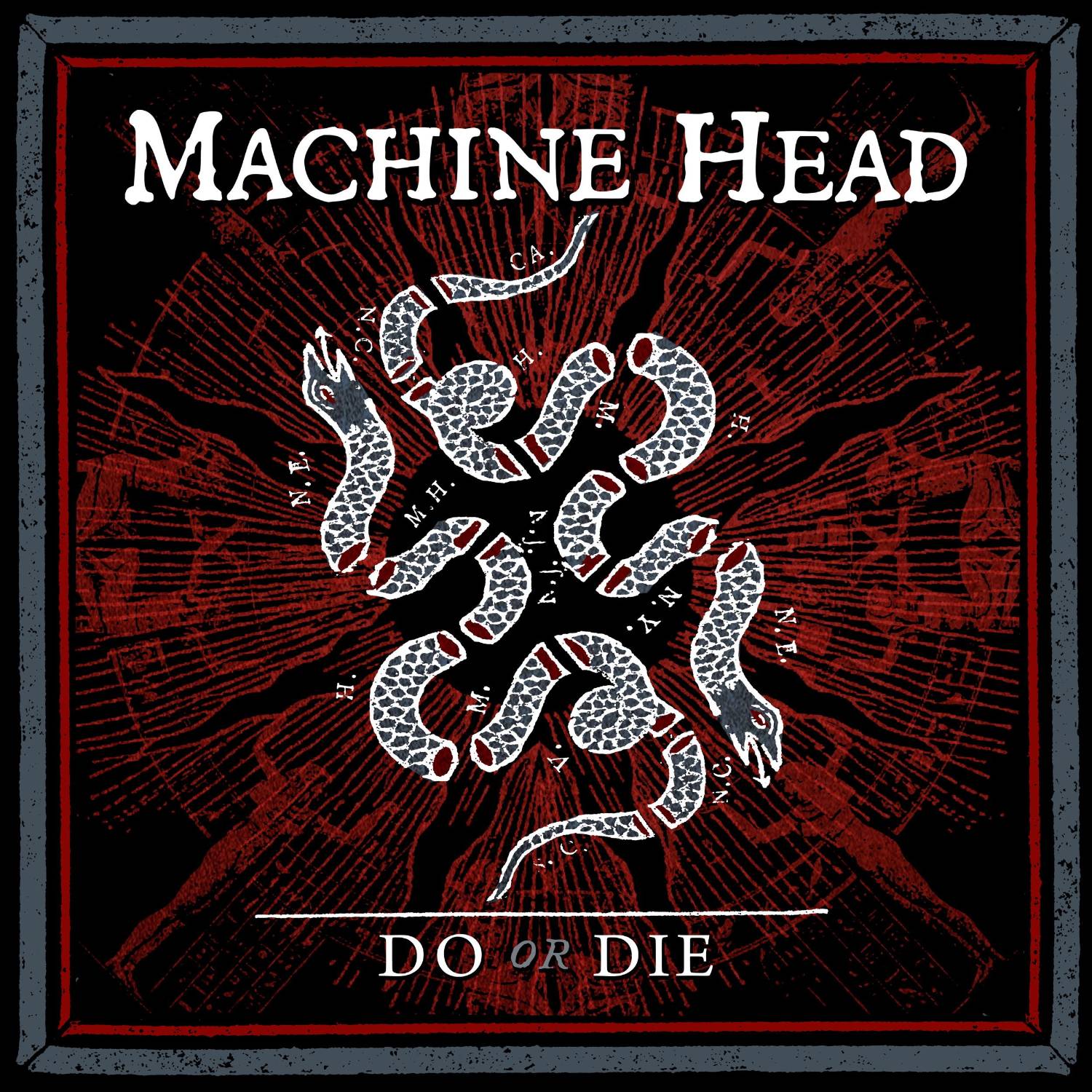 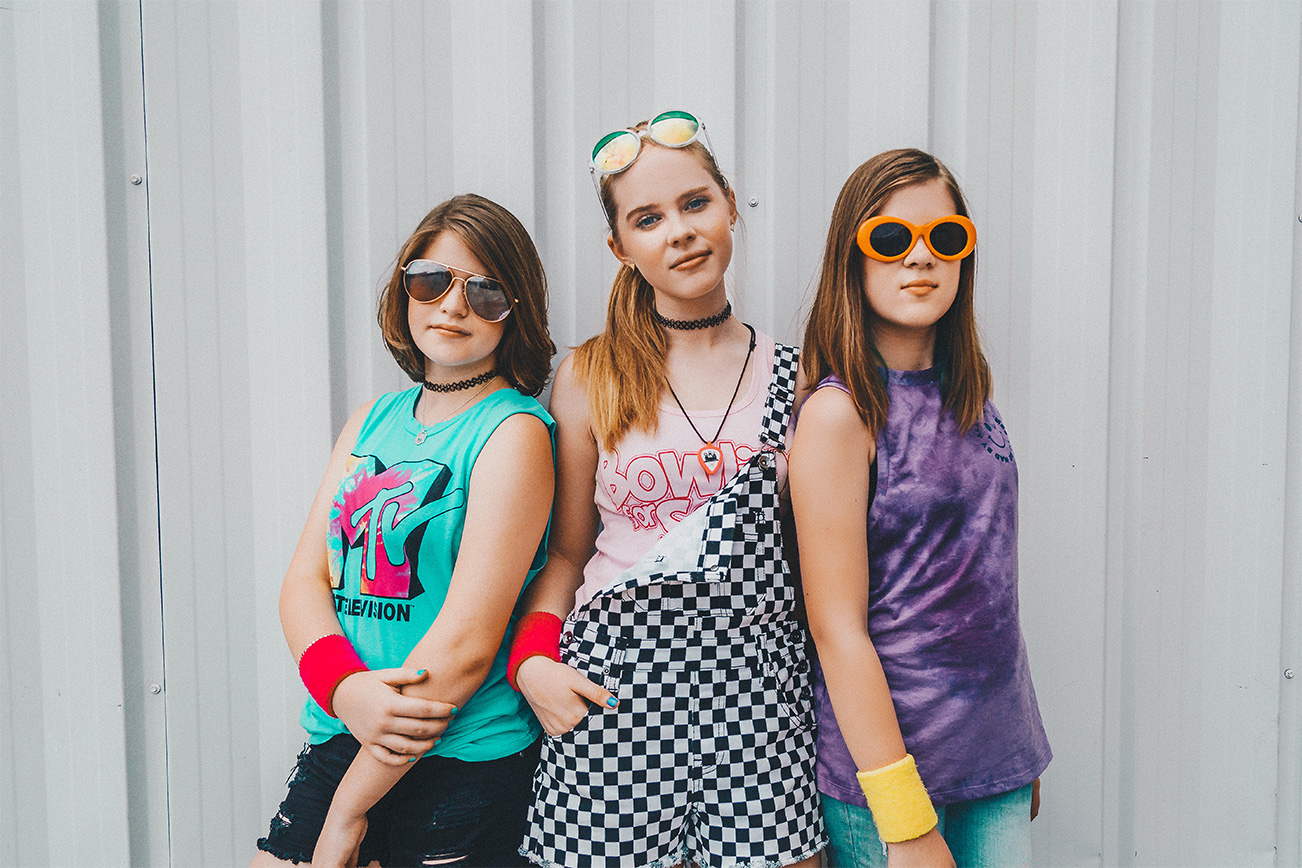 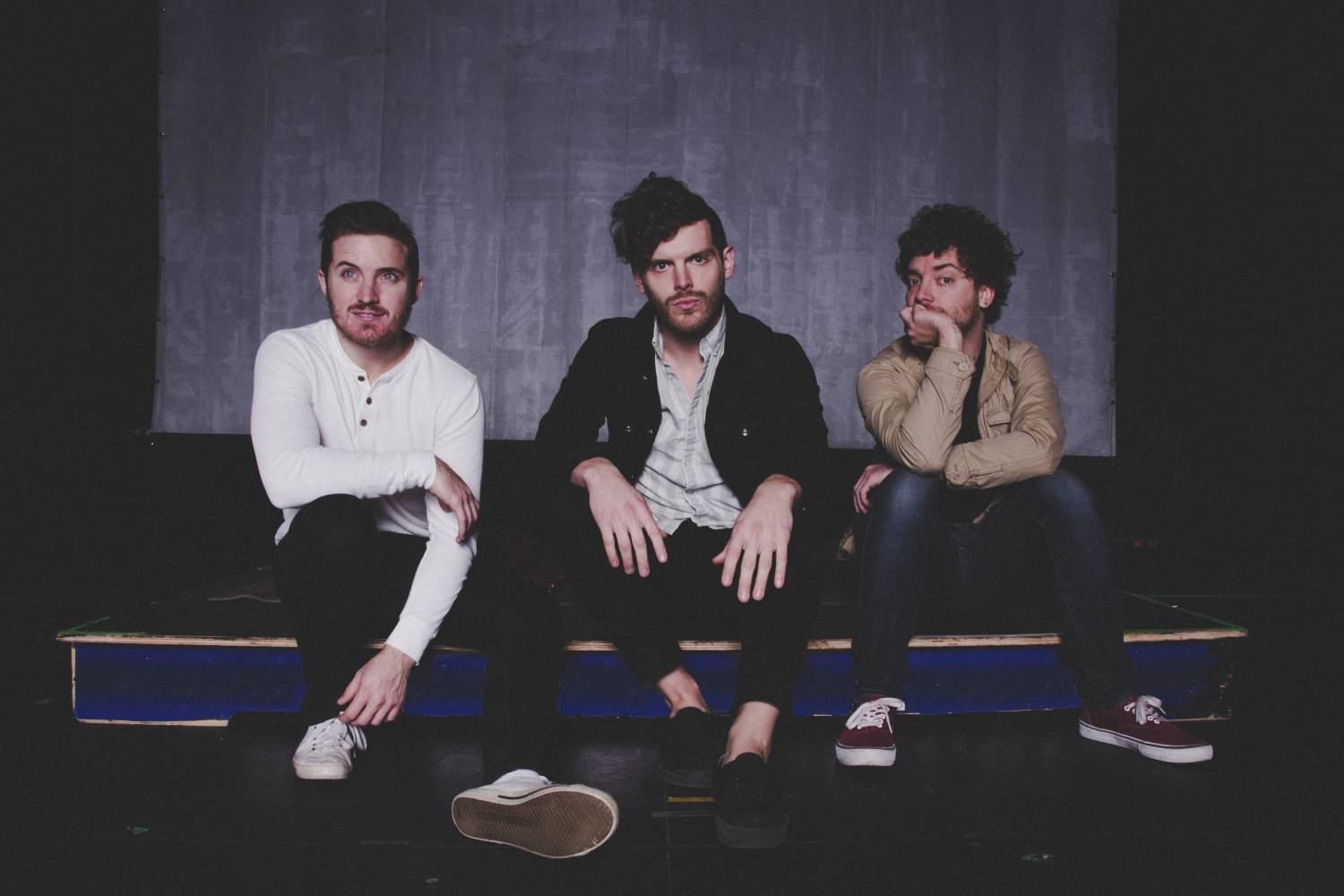