We are here to “thrash” you today with a little chat we recently had with metal group Bonded. The German quintet is comprised of some very reputable metal veterans, including former Sodom members Bernd “Bernemann” Kost and Markus “Makka” Freiwald, Chris Tsitsis who used to be a part of Suicide Angels, and Marc Hauschild and Ingo Bajonczak, formerly of Assassin. With such an experienced lineup, the band is capable of a hard-hitting and versatile sound, as evidenced by their Century Media Records-released debut, Rest In Violence.

Working with producer Cornelius Rambadt (Sodom, Disbelief, Onkel Tom), the band brought in even more talent to help with the recording process, with Overkill’s Bobby “Blitz” Ellsworth and Kreator bassist Christian “Speesy” Giesler both contributing to a couple of the tracks.

With Rest In Violence now formally released, Bonded are looking towards a huge 2020 with some touring to come. In the meantime, we spoke with Bonded’s primary guitarist Bernd “Bernemann” Kost to talk a little gear. With another edition in our Geared Up series, we spoke with Kost about his favourite guitars and amps, including his Amfisound custom made guitars and ENGL and Jackson Kelly custom amps.

Let’s hear a sample off of Rest In Violence with the music video for “Suit Murderer”:

Bernd “Bernemann” Kost: “I use amplifiers of the German company ENGL and a U.S. Jackson Kelly custom shop. I am particularly proud of the guitar, it was modified according to my ideas. Active PickUps have been added, a self-designed pickguard has been attached and the position of pots and toggle has been changed.”

How did you come to acquire the guitars? Vintage shop, regular shop, borrowed money, gifted. Give us the details.

Kost: “I got the guitar from the German Jackson distributor as part of an endorsement deal. I have been to the workshop many times and discussed and implemented the changes with the Jackson team. I created the pickguard myself on a CNC milling machine.”

What made you choose these guitars and where there any close seconds or alternates?

Kost: “In music you can express yourself individually and creatively with your ideas. It is therefore logical for me that I want to use an instrument that is unique and that underlines my individuality as an artist. Jackson gave me the opportunity to customize the instrument for me. Alternatively, I also have two custom guitars from the Finnish company Amfisound that were 100 percent made according to my ideas.”

What about these guitars make them so important to you?

Kost: “These guitars help me expressing my style. They have become a part of me and only with them, I feel comfortable on stage. I’ve never been a guitarist who likes to change the instruments between songs during a gig. If everything goes well, I usually play the show from the first to the last minute with the same ax.” 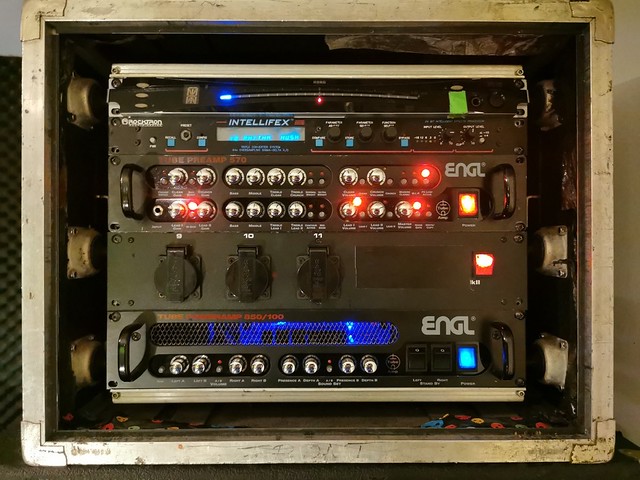 Did you use these guitars during the recording of your latest song or album? If so, please elaborate how and for what parts.

Kost: “I am used to my Kelly, I play with that guitar as often as possible and also recorded the last album with it. A good feeling is the precondition to maximize your skills and creativity.”

Kost: “Plug and play. I connect my guitar directly to the amp, that’s it. At least for the rhythm sound, I don’t use any effects.”

We know you love these guitars but are there any major cons? (Ok, now you can also list the pros.)

Kost: “The only problem with custom instruments is that you love them so much that you fear something might happen to them on tour. Many years ago my guitar was stolen after an Open Air Show in the Netherlands and I freaked out completely. Thanks to the police in Rotterdam, the thief was caught and I was able to receive my instrument again. I have also a bad feeling in my stomach when the guitar case at the airport disappears on the baggage belt, too many things have been damaged in the past.”

If you could, or wanted to (maybe you don’t at all, and that’s cool), what would you tweak or mod on the guitars?

Kost: “I have to admit that I’m so used to my guitars that I actually can’t think of any improvements. At least for me, they are perfect. You can’t explain that you play a guitar and you feel comfortable with it or not. The shape, the sound, the playability, and the balance, all that makes it. Maybe you will find a higher quality instrument, one that sounds even better… no matter. The feel-good factor is deciding.”

Rest In Violence was released on January 17th, via Century Media Records 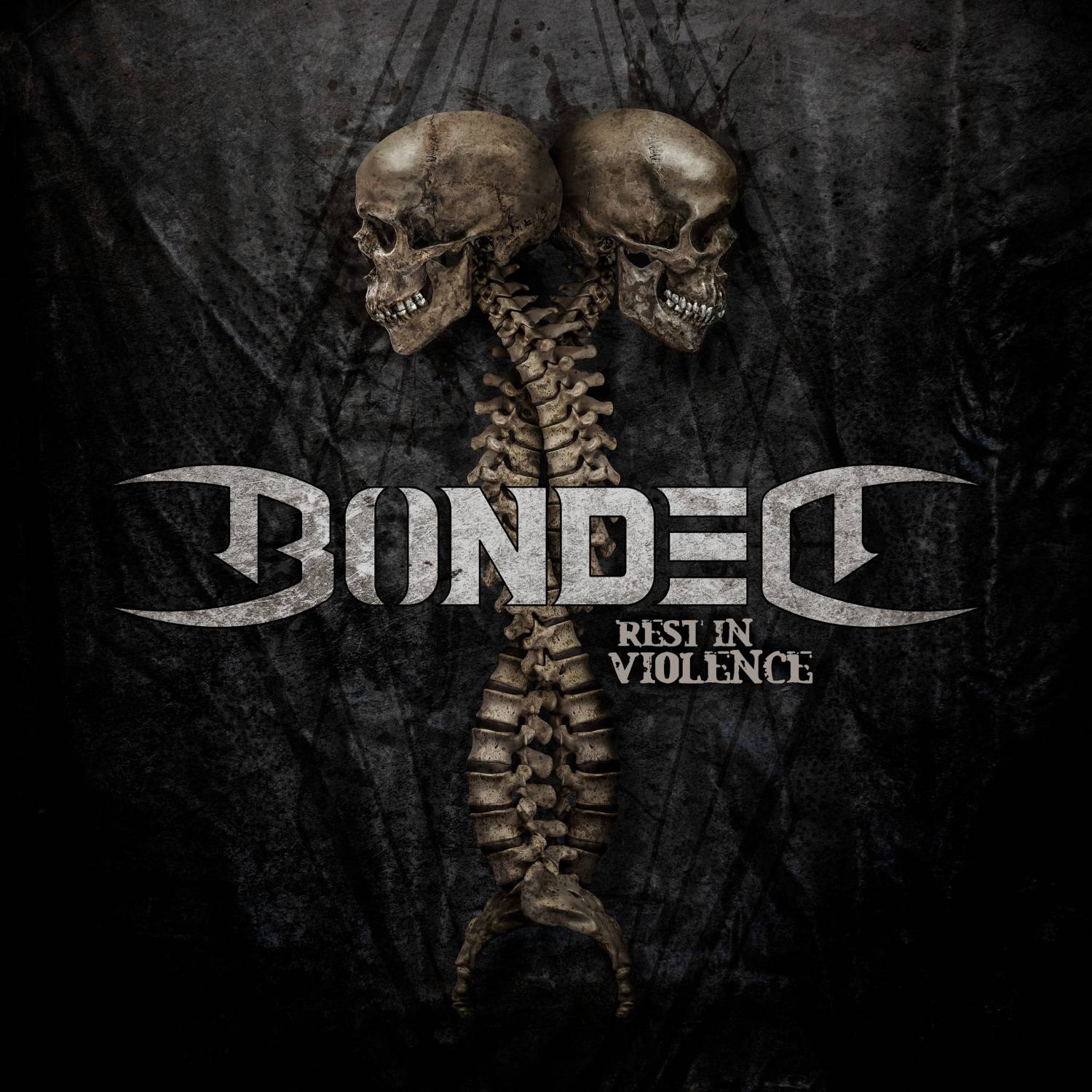 How do these guitars hold up with regular touring and gigging?

Kost: “So far it has always gone well and I hope it stays that way. Due to temperature differences, the wood suffers over the years. Regular adjustment work is necessary to keep the device in good condition.”

Do you have a backup for them? If so, what?

Kost: “I seldom go on tour with more than two guitars. My backup for the custom models is also a Jackson Kelly that I have with me as a spare guitar, at least on flights. It is a simpler, cheaper model that you can buy in any shop. It would be a shame if something broke but that would be easy to replace.”

Kost: “(laughs) Which of the many? The classic is when your luggage misses the connecting flight and you land without anything. I didn’t count how often I had to borrow equipment from other bands like Kreator, Crematory, Helloween… It was also nice at a show in New York when the roadie rookie tuned the first two strings to ’G’ and I only noticed it on stage.”

Any final thoughts or comments on your gear of choice?

Kost: “I am someone who loves high quality and reliable equipment. And when I find something that I like, I won’t let it go so quickly. My guitars have become part of me over the years.”

With some more off of Rest In Violence, check out the music video for “Je Suit Charlie:” 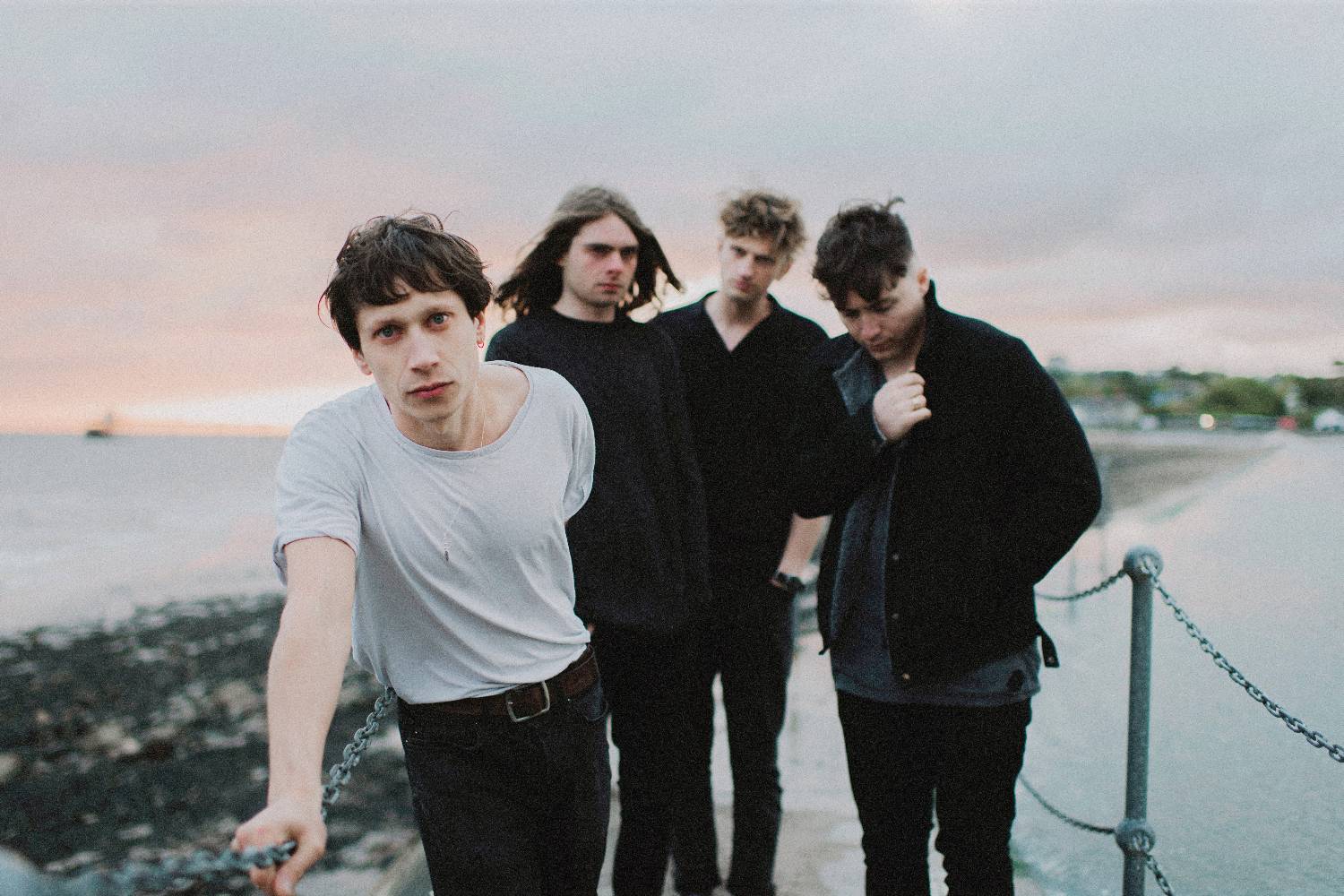