Fresh off the news of their late-January West Coast U.S. tour dates with Tsunami Bomb and Toxic Energy, Orange County, CA hardcore punk veterans Death By Stereo have now confirmed they are headed to Canada for a nearly-cross-country tour playing a dozen shows this spring as support to Strung Out. The jaunt sees the band supporting their 2016 EP, Just Like You’d Leave Us, We’ve Left You for Dead. After the tour is completed, the group will then soon after reconvene to finish recording a brand new album!

It’s been a long, mostly joyous ride thus far for Death By Stereo. In 2019 they celebrated the twentieth anniversary since the release of their debut album. Somehow, in a genre like hardcore and punk which is so volatile and at the mercy of trends, the band has continued to remain extremely relevant and one that fans continue to follow with fervour. The hardcore scene has changed a lot in 20 years, but one thing certainty remains; Death By Stereo are going to be out there crushing it like they have since the beginning.

It’s hard to continue to thrive, but some groups just have that certain something. Death for Life! We recently spoke with lead singer Efrem Shulz for a retrospective chat about the band and the last two decades. Shulz looks back on Death By Stereo’s debut album, his first memories of recording that release, continuing to have side projects in addition to Death By Stereo, and what he thinks about current hardcore music.

From Just Like You’d Leave Us, We’ve Left You for Dead, check out the video for “Neverending” here:

You released your debut album over 20 years ago now, in a whole other century. What do you remember about when you first started writing and recording that album?

Efrem Schulz: “We started writing that record before the band even had a name. We were just writing songs. We made a demo, a 7″, and a full-length. All the demo songs except one ended up on that record.”

What are your first memories of the experience?

Schulz: “My first memories of recording that album would be going into the studio Paul Miner was interning at in Orange, California (it was called For The Record). It was such a classic spot. He would work in exchange for studio time at odd hours. I did a lot of those vocals at like 4 am.”

A lot of artists look back on their previous work and they tend to point out the imperfections with that work or mistakes that they wished they hadn’t made. How do you look back on that album retrospectively? Is there anything about it that you would change if you could go back now and do that?

Schulz: “I love it and wouldn’t change a thing. It’s a perfect snapshot of who we were at that moment. It’s like a yearbook for us almost. I had such a great time making that record and touring on it. I’ll never forget those years.”

What do you think the key reason is for your longevity as a band? What has kept you going now for over two decades?

Schulz: “Friendship and the true love of music. It’s all we love. Music is the air we breathe and I couldn’t imagine not being in this band you know? We all have a deep need to express ourselves and share ideas.”

Just Like You’d Leave Us, We’ve Left You for Dead was released on October 28th, 2016 via Concrete Jungle Records. 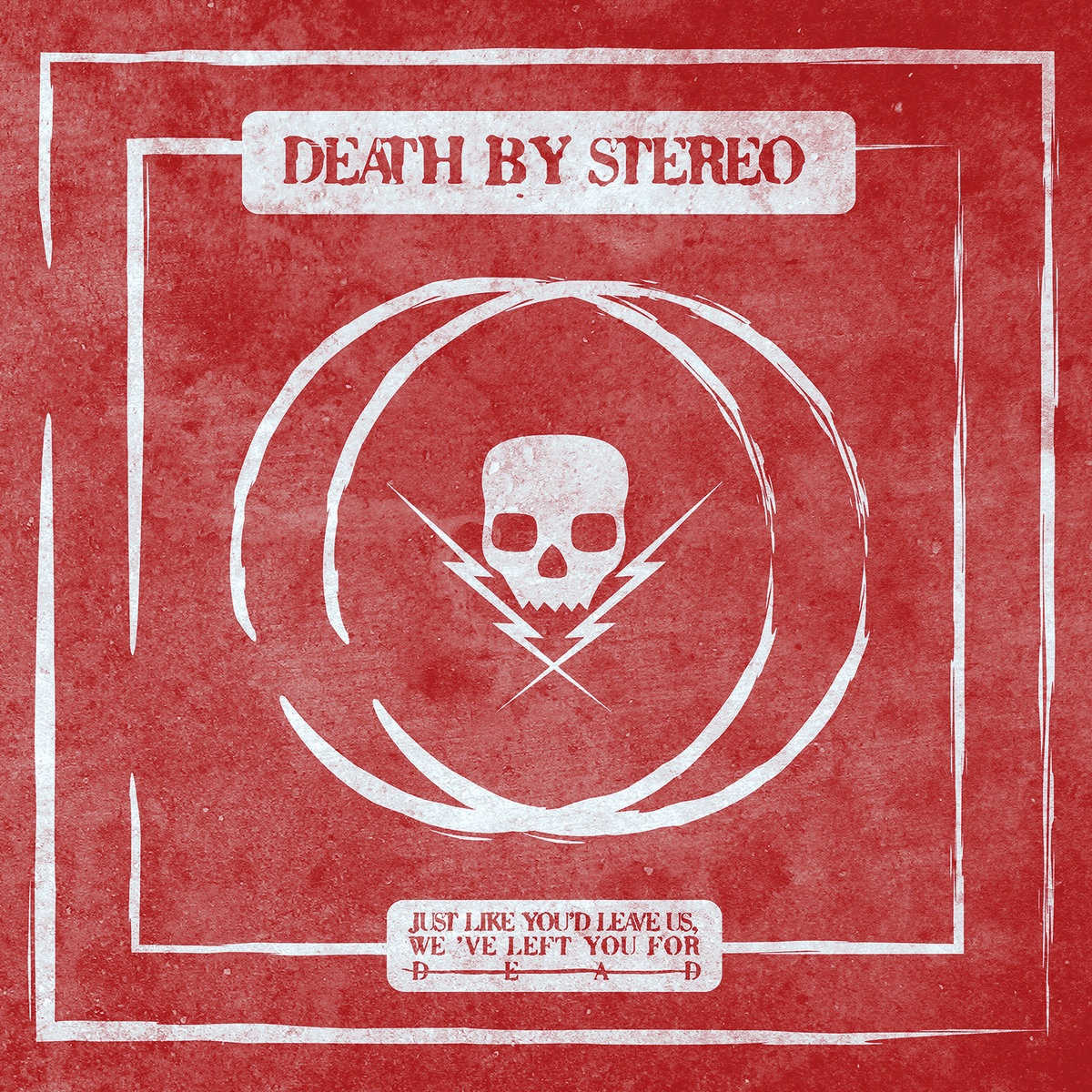 Did you ever get to a point where you thought you might enjoy doing something else?

Schulz: “Not really. I love other things but this is my passion. We are all in other bands. We just can’t get enough music!”

Was there ever the thought to leave Death By Stereo behind?

Schulz: “It has come up. We’ve had some tragedy in the band over the years that pushed me in that direction but we always stayed the course and here we are. Still doing it in 2020! I’ve always said I’d do this as long as I physically still could. I can’t imagine not playing shows!”

Now you do all have side bands, as you mentioned, and other projects going in addition to Death By Stereo. Do you think having other creative avenues has helped the band survive?

Schulz: “Absolutely. You need to play with different people and stay creative. It’s also just fun jamming with so many different bands.”

You’ve released six albums, along with some EP releases along the way. What album stands out to you as your favourite or what you think is the band’s best work?

Schulz: “I love the new album but out of all the previous records I’d say our past EP is my favourite. I think it’s some of our best writing and I really pushed myself vocally.”

“Welcome To The Party!“ Check out the music video for this single off of Death Is My Only Friend.

What do you think has been the roughest patch for Death By Stereo as a band? Were there any years that were particularly difficult to get through for whatever reason?

Schulz: “We’ve dealt with losing a few friends and fans along the way. I won’t say much about it, but one life we lost in particular almost ended the band completely. We just couldn’t bear to play any longer. We somehow found the guys to keep it going. We realized that this music was a healer for us. It really kept us going through some dark times. I’ve always turned to music to find guidance.”

It’s been a little while since Death By Stereo released a proper studio album, aside from your 2016 EP. Any thoughts on writing and recording any new material in the near future?

Schulz: “We already have new material recorded! We are working on financing it up so we don’t take so long next time!”

Hardcore has certainly changed a lot since the late 1990s when you first emerged. Some would argue that hardcore has become rather watered down these days. What’s your view on the current state of hardcore music?

Schulz: “I think that people don’t look hard enough. Everyone is so lazy because they get everything on their phones. Get out and watch some local bands! There are new hardcore, punk, metal, hip-hop, ska, reggae and all kinds of bands doing amazing things! Anytime music gets popular there are always some bands doing a watered-down version of it. But right now the underground is bubbling over with some amazing bands. Some truly gnarly HxC music going down right now! There’s no rules to the game and kids are doing new things and destroying the old system. I love it!”

Here’s another classic from Death By Stereo with the music video for “Entombed We Collide.“

What are some newer bands that have maybe caught your attention? Anyone in particular?

Ok, so tell us, what is next on the Death By Stereo agenda? What developments can we expect from the band in 2020?

Schulz: “A lot of touring! We will be all over North/South America, Europe, Japan, and beyond! We hope to see you all soon!” 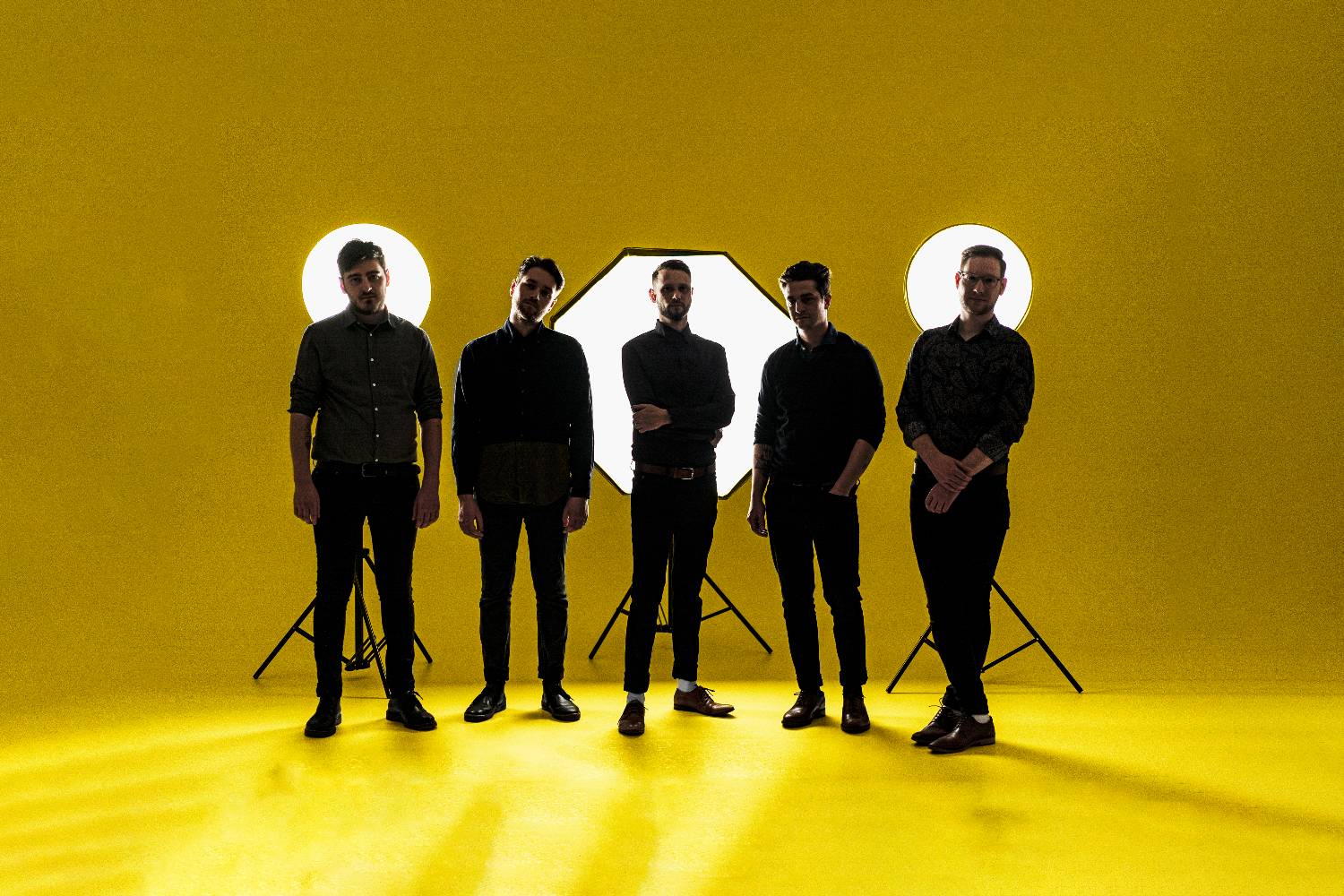