With more and more small independent venues being forced to close doors, making it more and more difficult for budding new bands to be discovered, Circa Waves are taking action to championing new talent, by curating their very own Circa Fest in Liverpool. A clear sign of the demand for discovering new and exciting bands, the festival sold-out within 24 hours of tickets being made available direct to fans for pre-sale.

Alongside a sold-out Circa Fest, Circa Waves treat fans to the release of their new single, “Sad Happy”. “Sad Happy” is the first single from the Sad side of their album.

Check out the “Sad” video here:

Sad Happy is formed of two diametrically distinctive sides, released individually as Sad and Happy. Happy was released earlier this year while the Sad side will be united with the Happy side to form the full physical Sad Happy release on March 13, 2020 via Prolifica Inc / [PIAS].

On Saturday April 4, the band will take over Liverpool and celebrate the city’s most exciting new and emerging acts, paying tribute to some of the most iconic long-standing venues Liverpool has to offer.

Hosted across Liverpool University, Zanzibar And Jimmy’s, the likes of Red Rum Club, Spinn, Pizzagirl, Harrm, Children Of The State, Abby Meysenburg, The Mysterines (Dj Set), Zuzu (Dj Set) and, of course, Circa Waves will perform throughout the day into the early hours.

Speaking on the venture, Circa Waves frontman Kieran says: “I made my own festival In Liverpool and called it Circa Fest because why not!!! I wanted to showcase all of these amazing and talented upcoming acts Liverpool has to offer. Get on it”.

He continues to say: And here’s our new single! The whole reason our album is called Sad Happy. Enjoy the sad euphoria And have a nice cry dance! Best listened to in groups or alone in the kitchen”.

The full run-down of the artists performing reads as follows:

Here’s Haarm with their recently released video for Dahlia

In conjunction with the release of the album, Circa Waves have announced a run of intimate UK shows along with a full UK tour later in the year.

For more information on Circa Fest visit the official Circa Waves website. 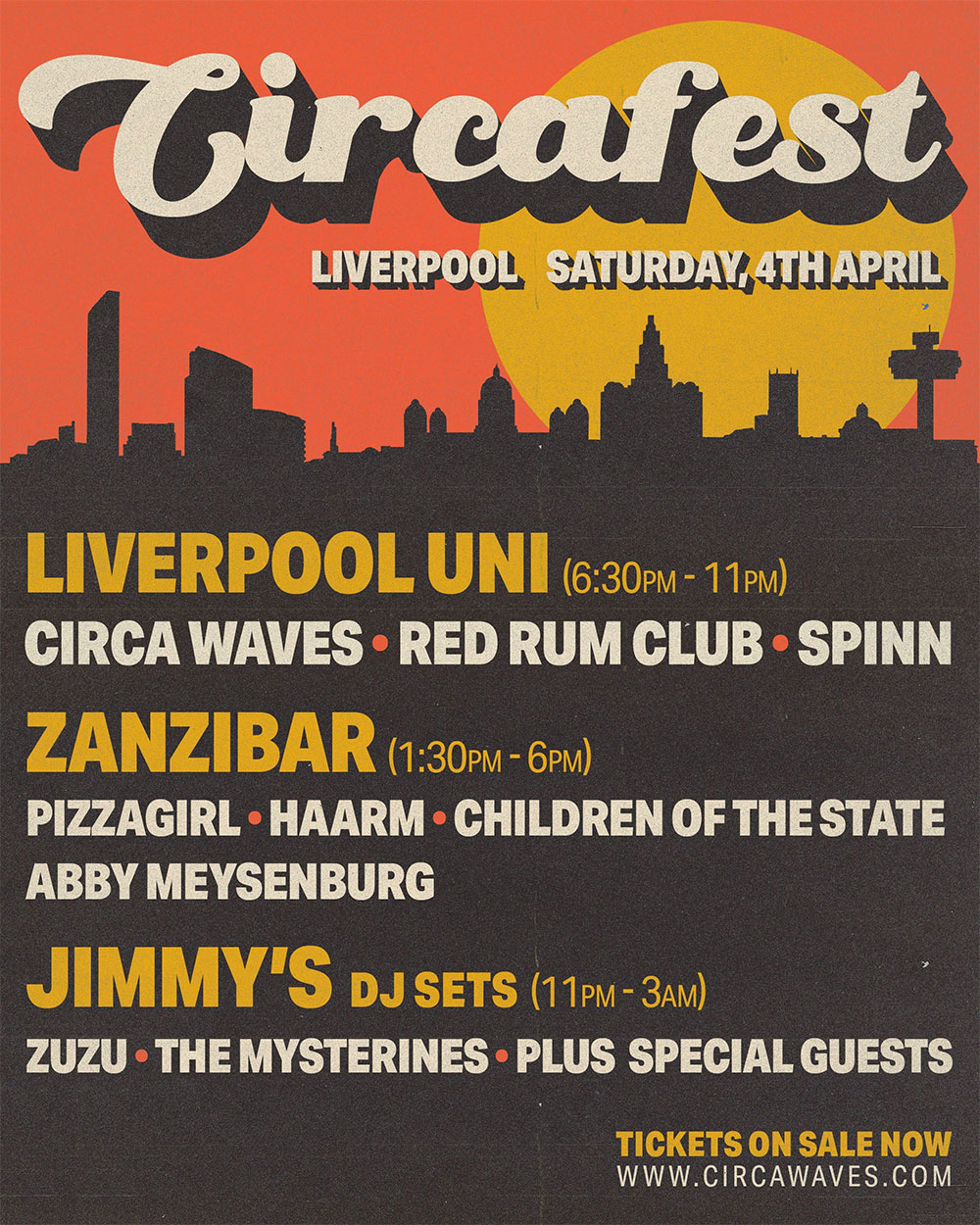 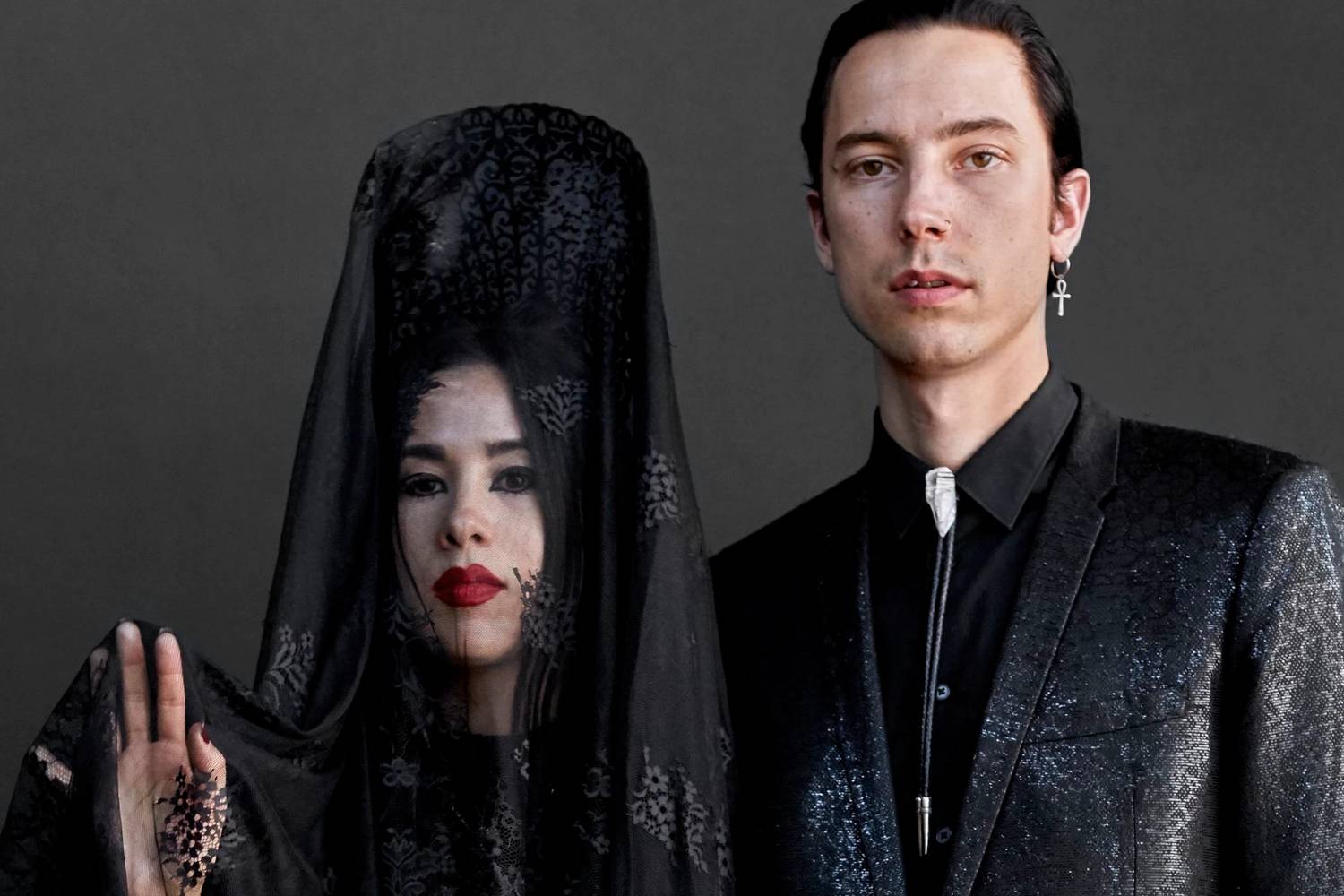 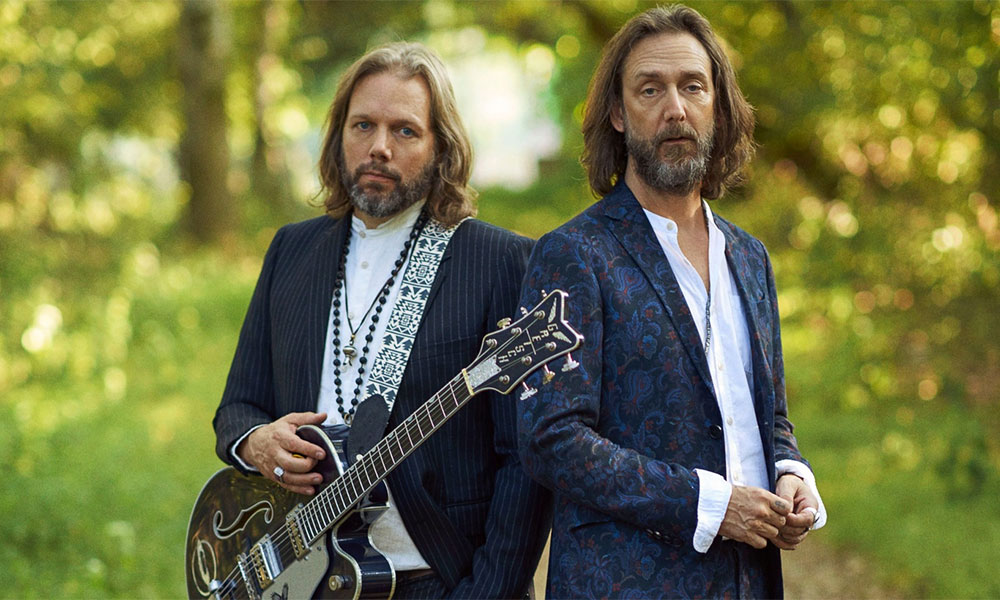