You may be tempted to assume an artist coming from Harrisburg, Oregon had a nice, comfortable, fairly affluent upbringing. Well, assumptions are a dangerous game to play and there’s no better proof of that than singer and songwriter Bree. Raised in Harrisburg, Bree is the product of one of the most peculiar and difficult upbringings you could ever imagine. The area surrounding Harrisburg is home to The Church of The First Born, a congregation led by Bree’s father that underneath it all is a religious cult that practices an extreme version of faith healing, to the point where members are not permitted to seek out medical assistance for any condition, no matter how threatening. The church has been featured in the media as a result of members who have passed away due to their inability to obtain medical care. Bree’s mother happened to be one of the unlucky members of the church, as she passed away when Bree was only six due to her inability to receive medical attention.

Despite the horrors of seeing her mother waste away, Bree has looked adversity right in the eye and carried on making the most of her life, now as a musician. She has cut off contact with her family and is now pursuing a musical career full-time as the leader of the band that carries her own namesake. She recently released her sophomore album New Skin on Werewolf Tunes, a ten-track journey that makes strong statements about overcoming adversity. Despite only being a trio, the band Bree can certainly rock out with the best of them, delivering intense rock n’ roll that harkens back to the days of early 1970s power trios such as The James Gang and Grand Funk Railroad. Rejuvenated through her love of music, Bree is now intent on making the most of her songwriting talents while also empowering others who have been through difficult times in their lives.

We recently spoke with Bree to find out more about New Skin, the trying personal times she has been through, her crazy-unusual upbringing, and the role music has played in getting her through difficult times.

Off of New Skin, check out the recently-released new music video for “Broken:”

New Skin is, of course, your sophomore release so I’m curious about how you felt when writing and recording it. Did you perhaps feel more like you knew what you were doing more than the first time around with your debut?

Bree: “My debut album, All American Girl, was influenced by my English rock guitar heroes such as Peter Townshend and Mick Ronson, and vocal influences such as Patsy Cline. Many people are shocked when I mention Patsy Cline because my music is so rocked out, but if you listen you can hear some country and gospel influences on my vocals, particularly on the harmonies and when I hit a high note. My writing process for both New Skinand All American Girl was the same. If I feel it I write it. All American Girl was a blast and a celebration of my love for rock ’n roll.

But on the New Skin album I dug much deeper into my psyche. That’s not to say that All American Girl was all fun and games. ’I Hope You’re Smiling’ is about my late mother whom I lost at six years old because of my father’s stupid religious beliefs. On New Skin I went for it and wrote about some personal demons I needed to confront. It was a huge emotional and psychological release. Having two great musicians on both albums, Mayrk McNeely on upright bass and David J. Castello on drums, made it easy. Having producer Justin Cortelyou, the exclusive engineer for Bob Ezrin, behind the board made it even easier!”

You hear a lot of ‘70s rock and British Invasion pop in your music. What are some of the artists who really had an influence on you when you were writing New Skin?

Bree: “My early influences such as The Who and David Bowie with Mick Ronson are there, but the 800 pound gorilla in the room will always be The Beatles. Always. When I was learning how to write songs I used their unique song structures as a learning template. Regardless, my biggest influence is whatever crazy sounds and voices are swirling around in my head at the moment.” (laughs) 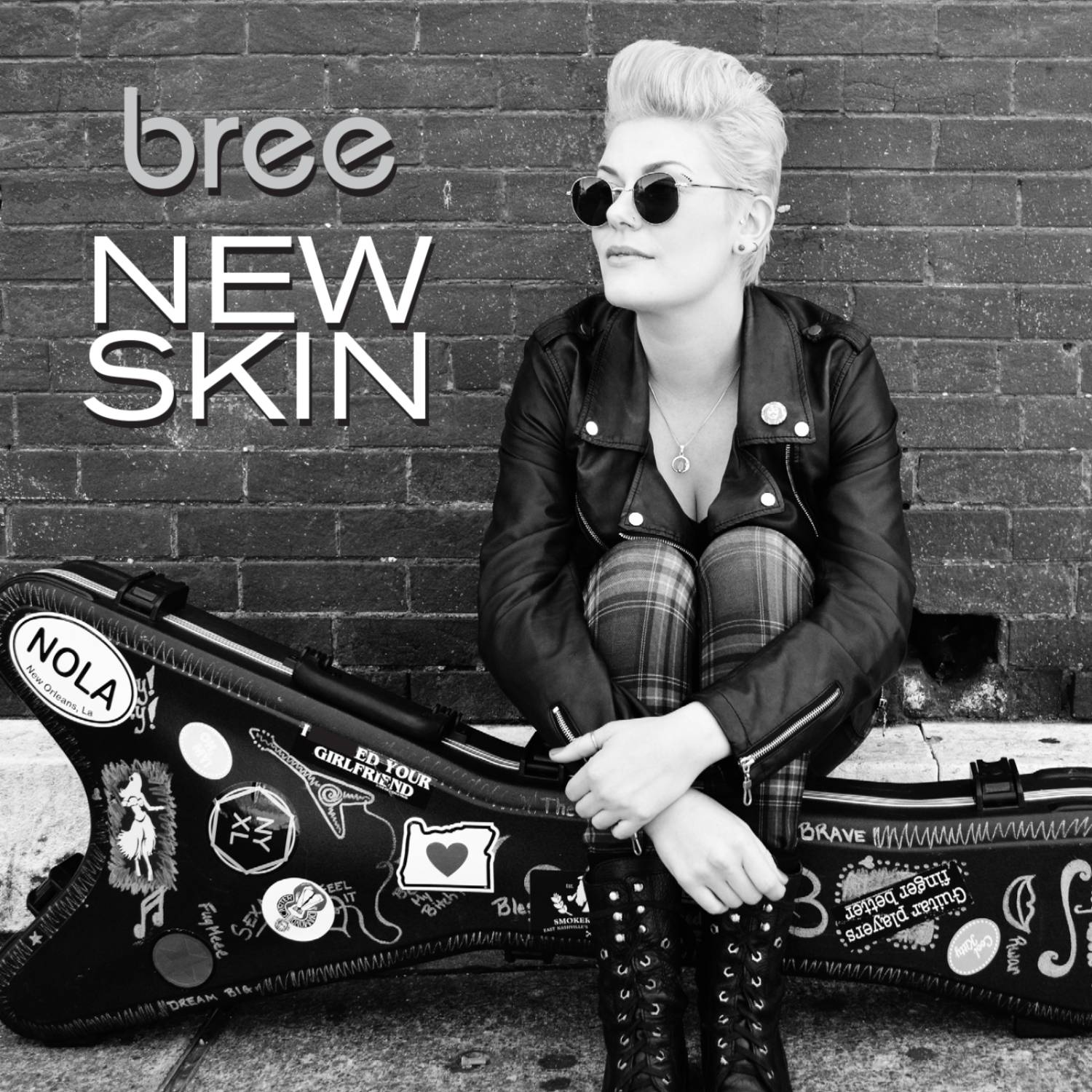 You went through some really trying personal times in 2016 and 2017, before you eventually sought out the help you needed in 2018. What was the most motivating factor that made you finally want to seek the help you needed and get on the road to recovery?

Bree: “Even though I began getting therapy in late 2018, the period from late 2016 through early 2019 was a rollercoaster ride of depression and suicidal thoughts. Even though I did four wonderful tours of the U.K. in 2016, I felt like I was slipping into a black hole. I wanted to disappear. I felt like I was losing my mind. In late 2016, I walked away from music and life got progressively worse for the next two years. In early 2019, I moved to Apollo Beach, just south of Tampa, and bartended in an Irish pub. I cut myself off from everyone, made new friends and meditated a lot. As simple as it sounds I’d never done it. It totally cleared my head.”

Looking back, how do you reflect on this time in your life? Do you feel like in hindsight it’s made you a better version of yourself to have gone through all that?

Bree: “Absolutely. The old saying that pain is growth has a lot of validity, but in retrospect, I wish it hadn’t been as painful as it was. I guess it was just the cards I was dealt. None of us have any control over that.”

Your closest musical connection in life is with David J. Castello who was your close musical confidant for years before you left him during this period of 2016 and 2017. Fortunately, the two of you have now reconciled and you are again working together. How did your reconciliation with David come about?

Bree: “David and I were married in 2014. After we came back from the U.K. in 2016, I moved out and we separated in 2017, divorced in 2018. I dated other people, but I was miserable. I surprised him for his birthday in West Palm Beach in September 2019. When someone is your soul mate the pain after a breakup never truly heals. We had a magical connection and I missed him terribly. I’m so thankful he’s back in my life! Needless to say, I won’t be letting him go again!”

Also from New Skin, watch the music video for “Damn I’m Being Me Again:”

I’ve kind of purposely avoided getting into your upbringing but it’s well-documented that you come from a difficult family situation where you were subjected to a fundamentalist upbringing. With such a sheltered upbringing, I’m curious as to how you were able to get your hands on any rock n’ roll music. How were you able to access music in such a difficult situation?

Bree: “It was worse than being fundamentalist. My mother died from accidentally swallowing a sewing needle because those idiots in her cult brainwashed her from seeing a doctor or hospital. I was six years old and watched her waste away to nothing over a period of ten months. My two brothers and I have all been shunned by my father’s crazy cult. That means your family cuts you off as if you had died. Unless you’ve experienced it, you have no idea how incredibly painful it can be, especially to a confused 17-year-old girl.

My father is the leader of the cult. He’s responsible for all of this. Ironically, he was the singer of a rock band (and cocaine dealer) in Long Beach, California and introduced me to late-‘60s and early ‘70s rock. In a macabre way, I can thank him for that. Oddly enough, I wasn’t allowed to listen to these artists on my own time, so I did what I had to do! I snuck it! My stereo had a headphone jack in it and I utilized the crap out of that. That way if my step-mom or dad were to walk in, they couldn’t walk in on me rocking out to Green Day, No Doubt or The Who. I also had a secret shrine in my closet behind my clothes dedicated to my favourite artists. I had to be so sneaky!”

What role would you say music played in helping you get through all the difficult times you’ve been through? Did it become a safe haven for you or some sort of reason for hope for the future?

Bree: “Music will always be my safe haven. Without it, I would’ve been dead a long time ago. There’s an old bridge outside of Eugene, Oregon where I grew up. Every time I drove across it I wondered if that would be the day I would turn the wheel and end all the pain. Music made me feel less alone in the world and my ‘secret poetry’ pulled me through as well.” 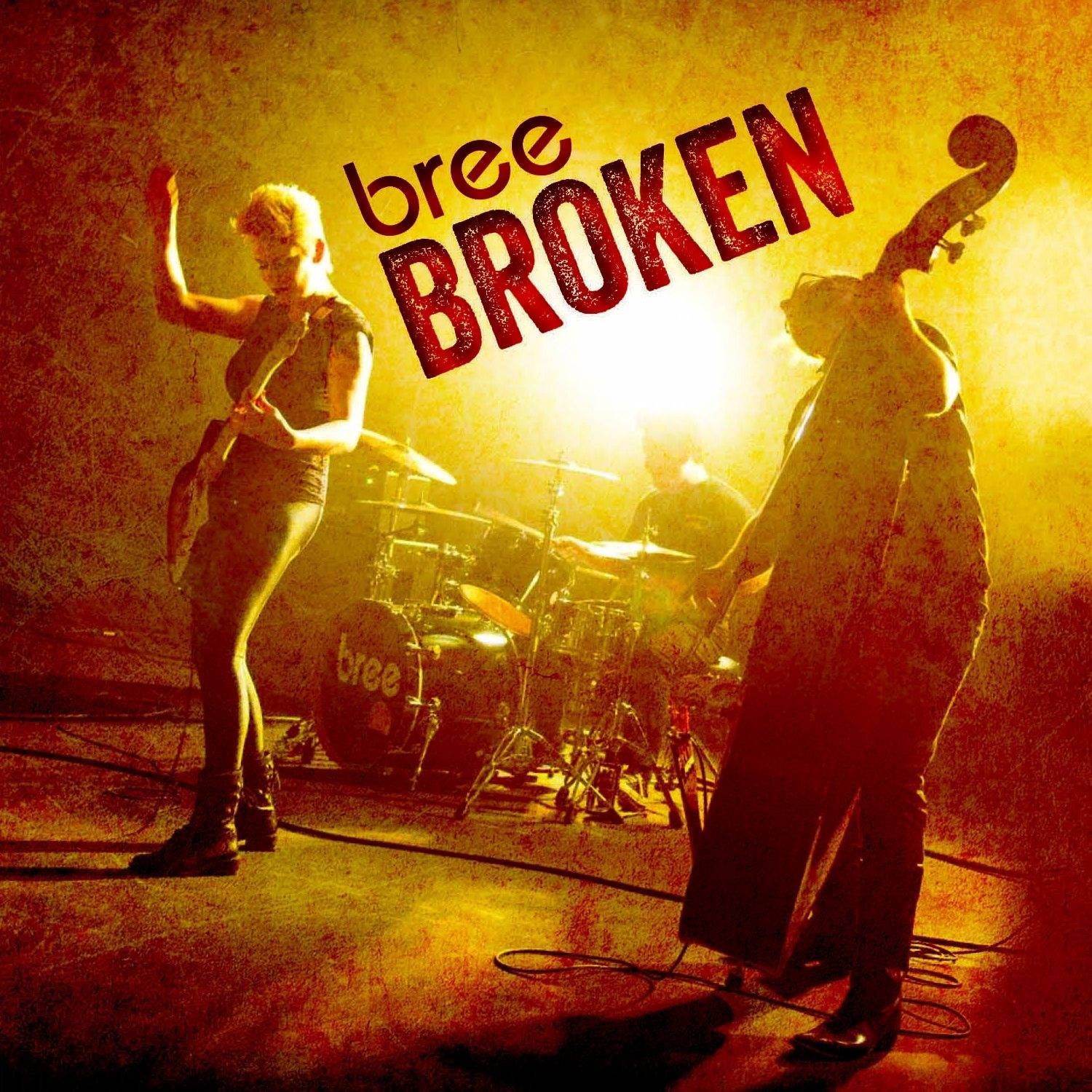 You’ve been through such a difficult life with so many twists and turns with some ups, but also many downs. How comfortable are you with your life now? Would you say you’ve finally reached a good point where you’re happy with your life and how things are going?

Bree: “Yes, I’ve finally made it out of the darkness, am seeing a shrink and can honestly say I’m happier than I’ve ever been. I don’t get suicidal thoughts anymore and that, in itself, is a miracle. I just needed to get away from it all and confront my demons head-on.”

How much of New Skin would you say is influenced by your upbringing and your youth?

Bree: “The lyrics to ‘Happier Place’ and ‘18’ deal with my upbringing in the cult and youth in Oregon.”

In closing, I just wanted to congratulate you on the writing and release of New Skin. You’ve been through so much in life and I think it’s safe to say that anyone could learn a thing or two about courage and perseverance from learning about your experiences. Congratulations to you. You truly deserve all the success that comes your way.

Bree: “Thank you so much! I’ve done a lot of interviews and these are some of the best questions I’ve been asked!” 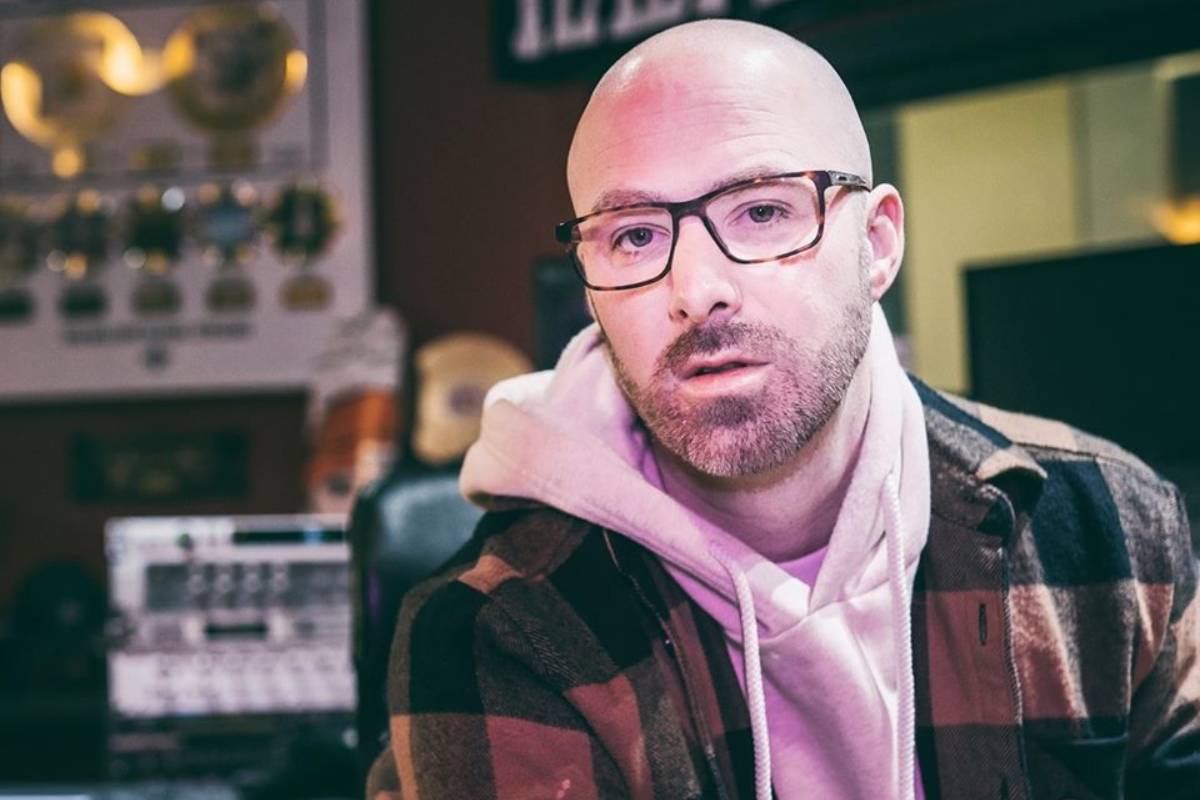 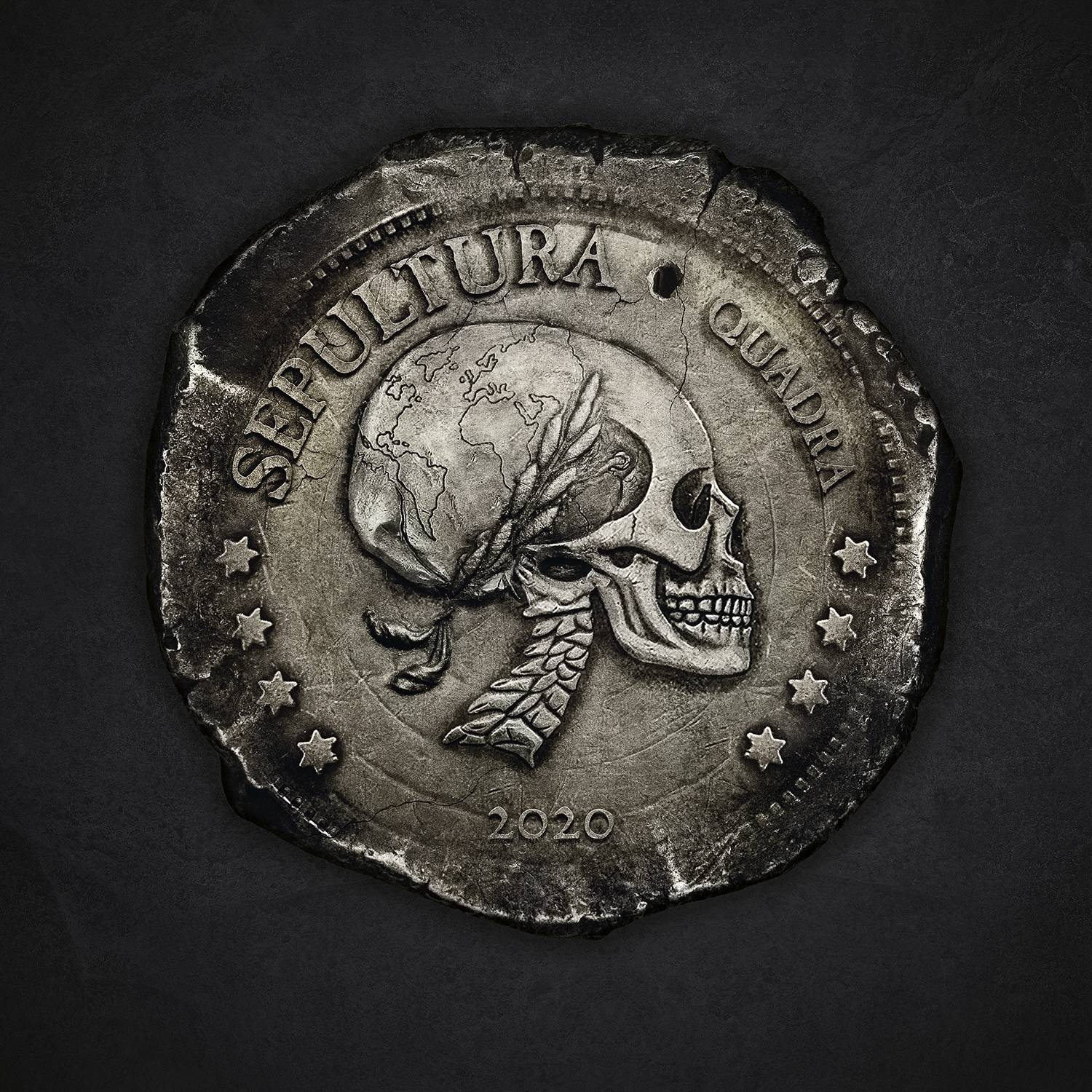