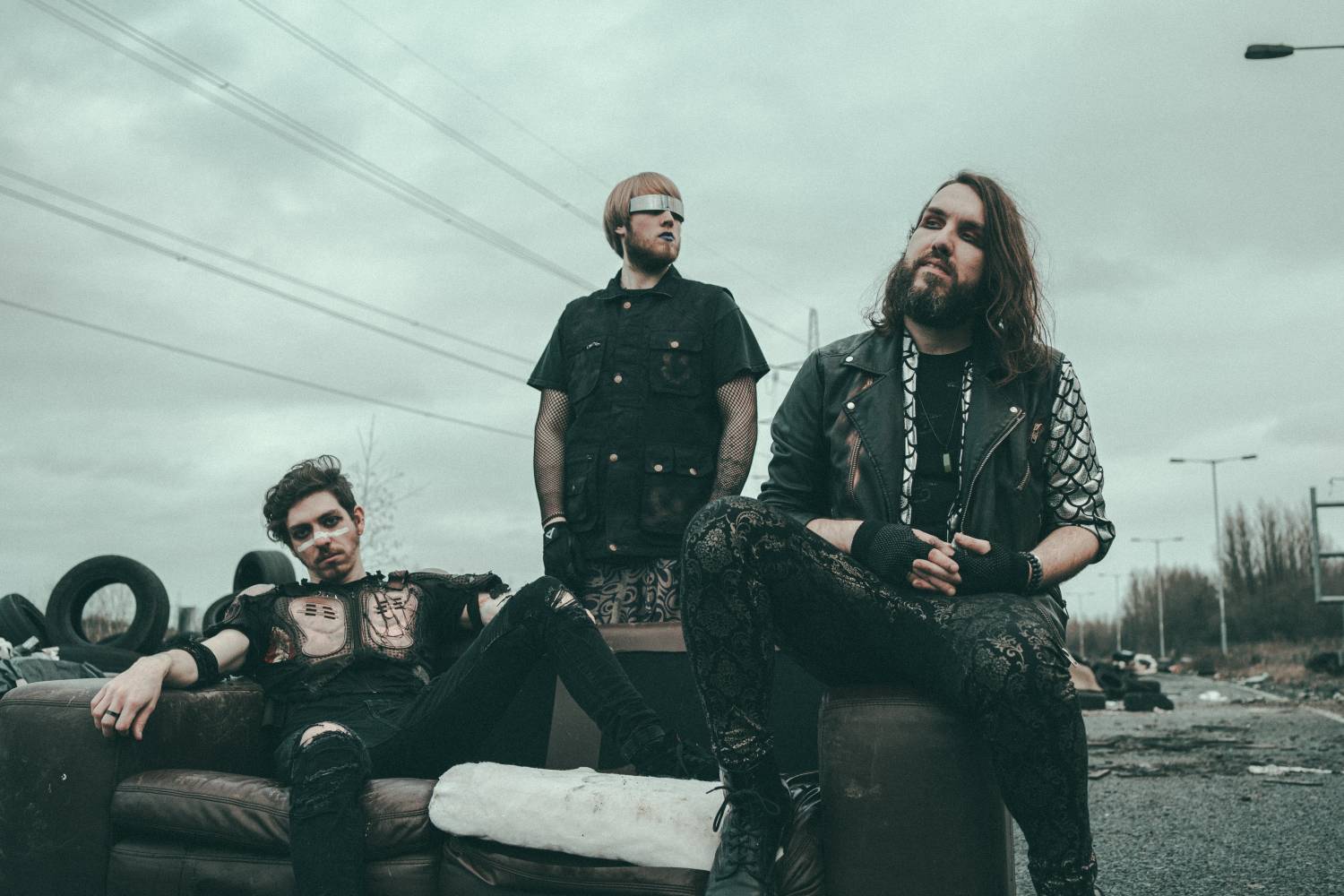 Power is the name of the game when it comes to power trio Winchester. The band plays with an explosiveness of which few others are capable; both in their on-stage sound and the subject matter their music tends to explore. Their new music video and single, “Into You,” is no exception, a song bursting with loud and raw riffs, fiery vocals and flow that only a trio is capable of creating. The song is the group’s first offering since their impressive 2018 debut, Life Begins At These Dead Ends, and although it’s comparable to the material that appeared on that record, it’s even heavier and more hook-driven than anything they’ve previously released. “Into You” is an eclectic, modern spin on a combination of nu-metal, grunge rock, and emo all in one.

“Into You” explores the dread and anxiety that goes along with witnessing society’s continuous decline. The music video explores a dystopian future and the struggle that comes with the discovery of things that people have no problem with taking for granted and abusing. It’s a theme that will lead right into the release of Winchester’s highly anticipated new record Power (I/O) which the band members are continuing to write and record. The EP will come with its own visual universe that will continue the trip into this disturbing but relatable dystopian future that the music video for “Into You” begins to explore.

Musically speaking, the hook-driven sound introduced to you with “Into You” will also be more fleshed out throughout the entirety of Power (I/O), complete with explosive vocals and an energetic and rhythmic flow. No release date has yet been announced, but you can expect the EP to be released very soon. In the meantime, the band will be continuing to tour, raising the hype for their new record and peaking ears at the horrors of the bleak dystopian future that awaits us all.

Behold your bleak, dystopian future with the premiere of the new Winchester music video for “Into You”:

With the release of the music video for “Into You,” and to get you all eagerly anticipating the release of Power (I/O), we caught up with Winchester lead singer and bassist

“Into You” is your first major release since your debut album Life Begins At These Dead Ends. Take us behind the scenes into the writing of this song. How was it written, when did you record it and what inspired its sound?

Adam Catalan: “We ended up writing this song in multiple locations in between touring, London, Bristol, Cardiff and even as far as Germany. It came together rather nicely but took several revisions including an entire lyrical shift once a different vibe was established. It seemed as if it always evolving into something we didn’t expect but something that we’ve always wanted from a release. I wouldn’t go as far as saying anything, in particular, inspired the sound except for our own feelings and the impending sense of doom that the world is experiencing at the same time that we are all clinging to whatever hope we have left. We embrace darkness and riffs as much as we crave positivity and melody.”

This may be your heaviest song released to date. Is this heavy and raw style one that you are moving more towards now with your future music?

Catalan: “Yes and no. We will be sounding more brutal and pleasant simultaneously. Brace yourselves for a trip through a lot of elements of rock and metal as well as popular contemporary music. Ideally, we would like to establish our own sub-genre and then leave that same sub-genre behind and confuse everyone. In all seriousness though there will be some songs that satisfy the need for heavy, raw riffs. Keep an ear out.”

Take a look at the artwork for Winchester’s new single “Into You:” 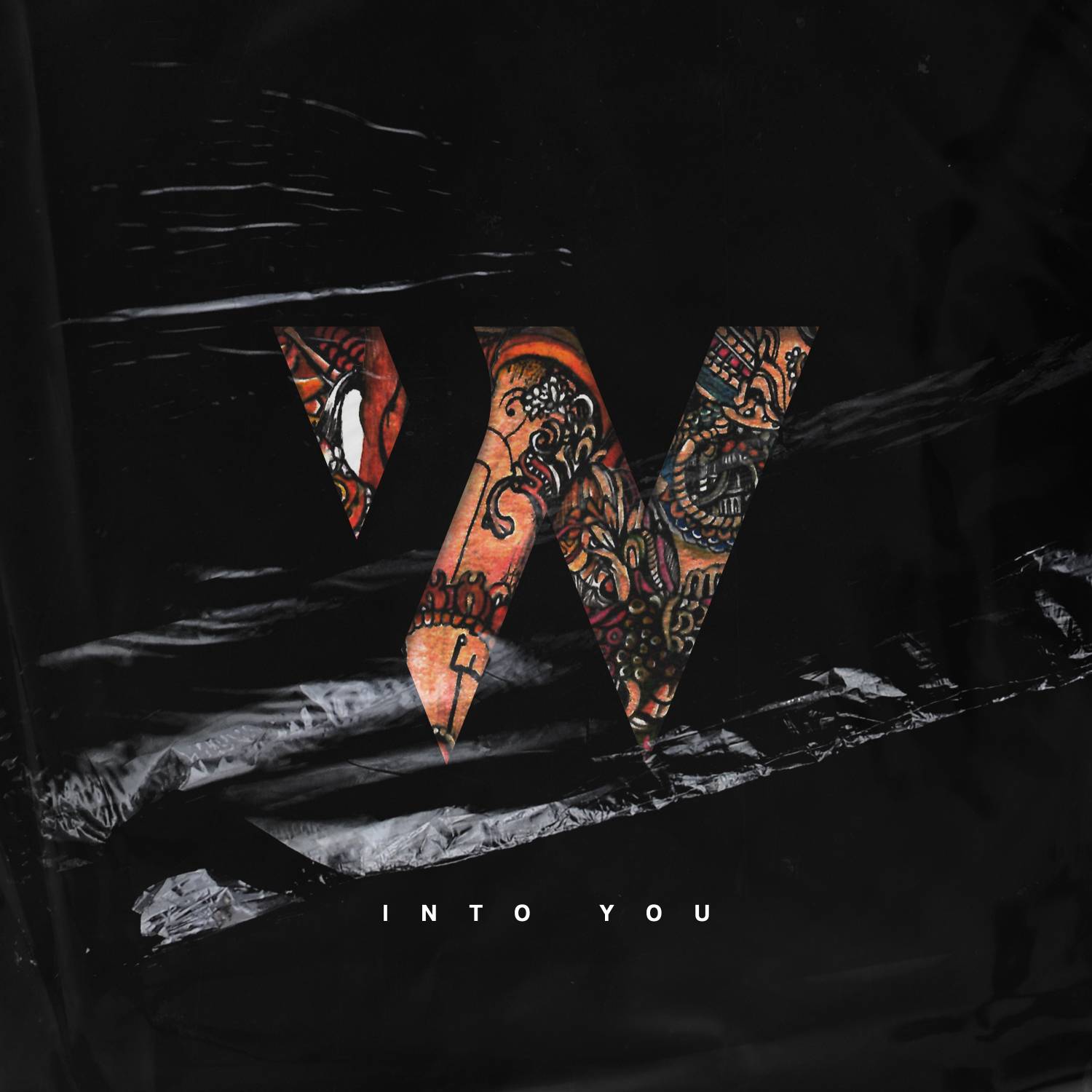 Regarding the music video, who came up with the video concept and what was the shooting process like?

Catalan: “Originally I came up with the concept and brought it to the guys and our touring photographer Theodore Swaddling who was more than up to the challenge of embracing the chaotic nature of the song and the storyline. We managed to bring along such a creative group of friends to the shoot and everyone was helping with set building, makeup, wardrobe and even using their improvisation skills. It was a beautifully hectic and hilariously exhausting experience, one of my favourite weekends to have existed on this planet. Everyone killed it and I am so so grateful.”

Judging by the video itself, it looks like it was a rather involved process to actually shoot it. Where was the video shot and how long did it take to complete?

Catalan: “We actually decided to film in the basement of a venue in Swansea, Wales called The Bunkhouse. The people who work there are the loveliest and were fine with us making a mess and doing pretty much whatever. We have played a few shows there and always had a great time. I actually enquired about the basement a year before the video shoot so my brain was ticking along thinking about a post-apocalyptic bunker for a while! Aside from the preparation, we had three days on the set. One of them was spent scouting the location and setting up followed by two days of copious amounts of shooting. After that, our amazing director took about a month to edit and add in all the necessary after-effects and it was ready to go.”

Now in addition to “Into You,” you also have a new EP in the writing and recording process titled Power (I/O). How far along are you into recording this EP and when can fans expect to hear more new music from Winchester?

Catalan: “We have got everything we need in regards to drums, as well as some other various bits and pieces but the songs are fully written and we are plowing through this grueling recording process. Piece by piece it is coming together and we are very excited. You can expect new music very soon as our second video has already been shot. It will exist in the same universe as this one and it’s about to get even more trippy… the apocalypse has never looked more fun.”

Watch the music video for “Diamond” off of Winchester’s debut album Life Begins At These Dead Ends: