Unfortunately, you won’t have any daylight savings hours for another few weeks, so we’ve done what we can and delivered the next best thing; the new album from Danish singer-songwriter Thomas Charlie Pedersen, Daylight Saving Hours. This is Pedersen’s second solo effort, a record entirely written and recorded in Pedersen’s Nørrebro, Copenhagen apartment. Pre-save/order the noise now via Apple Music, or Spotify.

While not embarking on his own solo adventure, Pedersen acts as the lead singer and guitarist of the Danish alternative rockers Vinyl Floor. A songwriter by heart, Pedersen loves to write music which is why he is content spending his time away from the band writing his own music. Much of the album was written in tandem with his musical and biological brother, Daniel Pedersen who is also the drummer of Vinyl Floor. Beginning as just a bunch of demo recordings, Pedersen started to work a little more on the songs until he decided that they were worthy of release. He was intent on preserving the feel of how they were written which is why they’ve been left as raw and unpolished as possible on the final version.

Commenting on Daylight Saving Hours Pedersen said, “Hello! This is my sophomore solo album Daylight Saving Hours and it will be released on February 7th. It’s an acoustic, minimalistic effort that was recorded at an apartment in Copenhagen, Denmark. The theme of the album is time, the different aspects of time. Have a listen!“

As the follow up to his debut solo record, 2016’s Second Hand War, Daylight Saving Hours carries on the acoustic, minimalistic style of that first record, but this time things are a little more diverse. For instance, the new record includes strings, vocal harmonies and alternate guitar tunings, none of which played much of a role in Pedersen’s debut. When he was originally selecting songs to include on Second Hand War, Pedersen purposely put them aside for having what he felt was too much of an extroverted feel, and some of these have now been included on his sophomore release, while others are brand new. Pedersen played all of the instruments himself in the recording process, which makes this a truly unique experience.

To learn more about Daylight Saving Hours, we spoke with Pedersen about the album, its thematic elements, and what it was like recording an album entirely in his own apartment.

Daylight Saving Hours is your second solo release, the follow up to 2016’s Second Hand War. Musically speaking, what is the largest difference between this album as compared to your debut?

Thomas Charlie Pedersen: “Well, actually the procedure was very much akin to the making of my solo debut album where I dug deeply into my backlog of songs and to my amazement discovered how many quiet, acoustic songs I had written over the course of time. Songs that had been left unused. This was around 2015. So the debut album began as a sort of ‘cleaning the shelf’ kind of thing where I felt I needed to get rid of songs that had just piled up. During that time I also went through the break up of a relationship and found myself writing new songs with that in mind. So I just mixed in old songs with the new and it became this very personal, naked album.

With the new album Daylight Saving Hours I dug even deeper. I guess nearly half of the album consists of old tunes I’ve dusted off for the occasion. An example is the opening tune ‘To A First love’ which is actually the very first, complete song I ever wrote! It dates back to 1997. But most of the new album features brand new songs which I’ve written specifically for this album. So there’s probably more recent stuff here and I believe that Daylight Saving Hours is a bit more orchestrated in feel, more vocal harmony and subtle synth. But in style, it’s supposed to be the equivalent of the first album.“

“Must Be The World…“ Check out the music video for the first single off Daylight Saving Hours:

I saw that you said while your debut album was quite personal and introverted, Daylight Saving Hours sees you writing more about other people. I’m curious as to what you mean by ‘writing about other people.’ Take us more into the subject matter for the album.

Pedersen: “Yes, the first album was very much in first person. The ‘I’ narrator letting things out from deep inside. This time I wanted to take a closer look at the people and the world around me. The current state of the world which we may all agree on is quite terrifying. Hence there are a lot of ’he/she’ songs where I step back and take the seat as the observer, really enjoying it. There are a few songs about women in trouble. I just find women very interesting and I love their vulnerability and strength.

There’s a true story about a woman misunderstood for her good intentions and being treated unfairly by the crowd. The burden was too much for her to bear. Then there’s a song about a woman bemoaning the loss of her partner. There’s even a somewhat David Lynchian lyric about something I read in a Mark Frost book which kept coming back to me in strange dreams. The song is called ‘Meriwether Pull.’ It’s half dream, half reality. There are songs about the world moving too fast. We’re all constantly striving for the next thing but where are we heading? That type of stuff.

‘Movables’ is perhaps a good example. And ‘The Freewheeler.’ A man who is constantly on the run, leaving casual relationships behind. The song ‘Faithful Mistress’ is very personal though. It sums up my relationship to songwriting pretty well I guess. Heavy stuff all around, I know. I tried to make this album lighter in spirit but I guess I just cannot make a happy album.“ (laughs)

Check out the beautiful scenery of the artwork for Daylight Saving Hours: 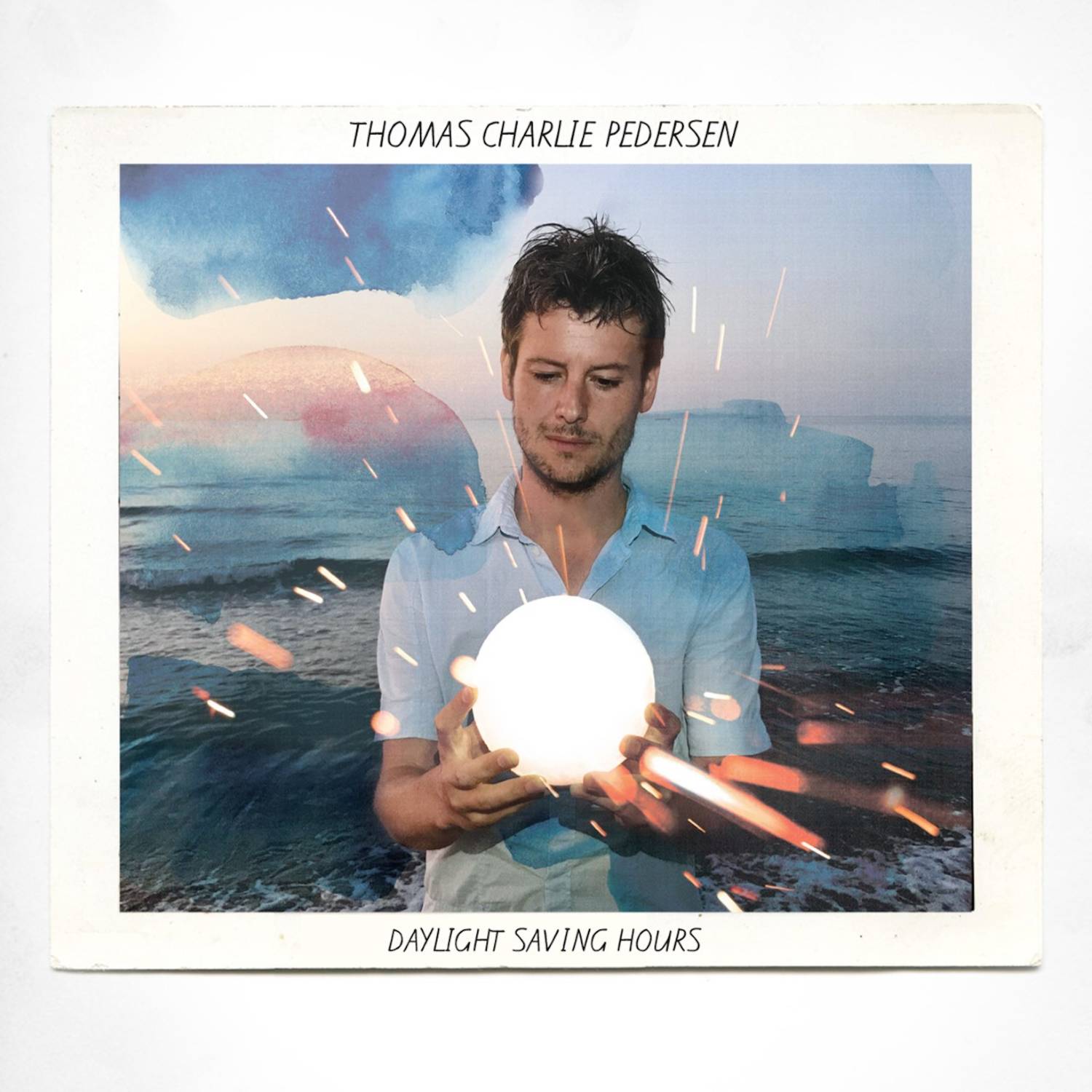 Aside from being a solo artist, you’re also the lead singer and guitarist of the alternative rock band Vinyl Floor. What motivates you to branch off and have a solo career when you are already in a band that has released four albums?

Pedersen: “Good question. The band is my main love and I hope it always will be. I’m a strong supporter of the other guys’ songs, I think they’re great songwriters. This means that we tend to equally share the songwriting spots on an album and that I will probably be solely responsible for four to five of them. But I’m periodically writing at a faster pace than what’s needed for the band so I just thought I needed another outlet. Because the folky side is a big part of me and because I cannot see the band playing on this stuff. In the band, we mostly concentrate on big arrangements and these songs are quite the opposite of that. Again, it’s the ‘clean the shelf’ thing. It also motivates me to go back to the band with a fresh aim and perhaps a more focused mind. We are currently doing demos and I’m freaking excited since I believe we are sitting on some great songs.“

You said that this album began as demo recordings but you decided to release them as raw as possible. Was there very little time spent on production because you wanted the songs to be experienced in a very open and honest kind of way?

Pedersen: “Both yes and no. I recorded it with my brother Daniel who is also in Vinyl Floor. He is one of the very few people I trust 100 percent because he’s always honest about what he likes and dislikes. We talked a lot about how we wanted to do it before even recording a note. We usually share the same ethics. We agreed that it primarily was to be a songwriters’ album and as honest and forthright as possible, yes.

For instance, it was very tempting to just plug the guitar into the computer in order to work with and manipulate the sound afterward and yet we couldn’t find it in ourselves to do it. So the working ethic was to just put a great Neumann mic on the guitar and record everything as humanly as possible. You can hear my guitar slides very clearly and even the passing cars outside during the takes. We kept everything in. Once we started recording it was quickly over with and everything very immediate. However, during post-recording, Daniel spent some time finding the right sounds for the sparse orchestration. He also tried different approaches for the mixing so that was perhaps the longest part of it.“

You made the entire Daylight Saving Hours album in your Copenhagen apartment. Did you find this limiting or do you find that it brought the best out of you to be away from a recording studio?

Pedersen “Actually it was at my brother’s. We live only ten minutes apart, walking distance. Also, I gotta be honest here. I didn’t have the means to go into a full-fledged recording studio this time around nor did I want to. Because we both agreed that much of this album’s charms relies on the sparse recording and homelike surroundings. I like to feel comfortable and around people I trust. Especially while pouring my heart out in such a naked manner which still feels nerve-wracking to me. I’m a limited singer and even though I dig my own guitar playing I’m no Segovia. But I trust my songs enough to present them this way, I just need to feel completely safe while doing it.“