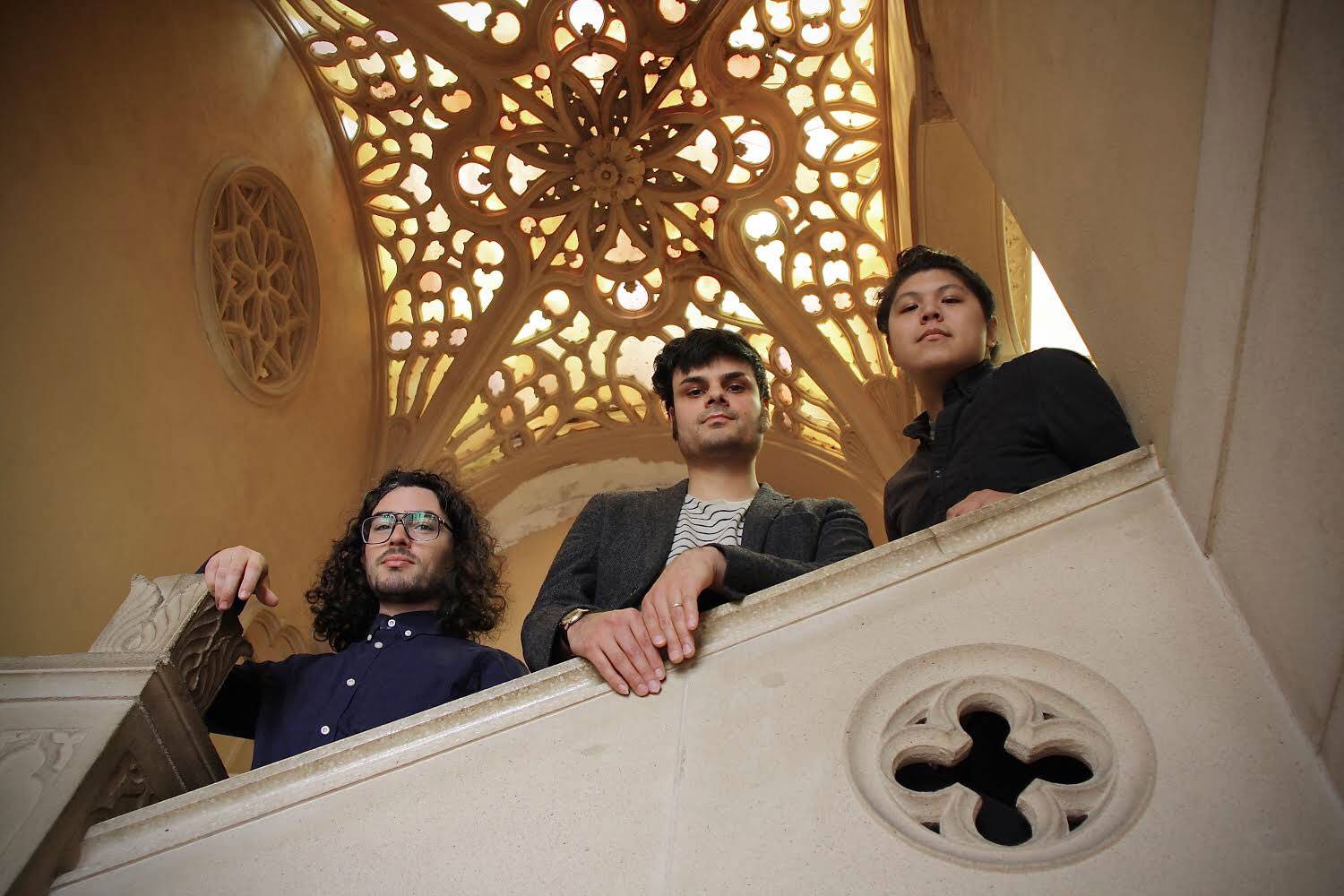 Louder Sunset, the latest album from the Bay Area trio The Bribes, is an album that signifies persistent change. All of the songs on the album were recorded while the band was essentially reinventing itself, as it wasn’t so long ago that this was not a Bay Area band at all. Over the course of the last few years, lead singer and guitarist Philip Toscano picked up and decided to move on from his native Chicago to try something new. Following his move, Toscano lost his father, which inspired some of the new music on Louder Sunset with “In Memoriam” centered around his father’s passing. Toscano wanted a change of scenery and San Francisco provided the perfect location to get away from it all. Due for release tomorrow, you can pre-order Louder Sunset via Bandcamp.

Over the course of the last few years, lead singer and guitarist Philip Toscano picked up and decided to move on from his native Chicago to try something new. Following his move, Toscano lost his father, which inspired some of the new music on Louder Sunset with “In Memoriam” centered around his father’s passing.

Commenting on the record, Toscano elaborated on the motivations behind the writing of Louder Sunset and also explained where the album title comes from. “I feel like I’ve finally made a record that reflects the music I hear in my head. The record is also very reflective of the time and place in which these songs were written. The name Louder Sunset comes from my neighborhood in San Francisco, the Outer Sunset, which served as an inspiration for many of the tonal aspects of the music. I’m obviously referencing real experiences I’ve had in the lyrics, but the words and motifs also incorporate philosophical texts that are very dear to me. My band and I recorded this at our bass player’s studio in Oakland and we were able to be exacting, even if it felt like madness. At one point, we recorded 72 different variations of one 30-second guitar solo. I’m hopeful that people are able to connect with the end result.”

With Toscano’s move to the Bay Area, he enlisted new members to join him in a new incarnation of The Bribes, one that includes bassist Jesse Strauss, who also mixed and engineered Louder Sunset, and Anthony Puducay on drums. Although The Bribes have reinvented themselves to some extent, that doesn’t mean that the music is entirely different than what you got on the band’s previous three releases. The songs still maintain the band’s well-known operatic movements, sweeping jazz rhythms, and full on garage rock. The arrangements on the album’s tracks are also tighter, with an exhaustive process taken to perfect every song. Each song underwent between six and ten incarnations, as Toscano continued to refine all of the songs that made the final cut. It was a painstaking process, but one that was well worth it judging by the quality of the songs that actually made it on to Louder Sunset.

To learn more about Louder Sunset we spoke to The Bribes’ lead singer Philip Toscano where he enlightened us more on the recording process, the difficulty in getting these songs to sound right, and what the story is behind his move from Chicago to San Francisco.

A wide spectrum of musical influences, from classical music and jazz, to rock n’ roll, to modern pop, combine to fuel the music and sound behind The Bribes. How do you combine such diverse musical tastes to create all that is The Bribes?

Philip Toscano: “I have no idea! That’s difficult to answer but I often find the following to be true; I use a lot of jazz chords as well as some intervals you hear in classical music for a majority of the tunes I create. I’d say my pop sensibilities come into play when I’m adding vocal melodies. To connect the varying parts in my songs, I often use old-timey hooks which are reminiscent of classic rock n’ roll. I’d also say that a big part of our sound comes from my preference for using loud electric guitar as the centerpiece of every composition.“

Listen to “Hardly Working,“ off of The Bribes’ 2016 album Dust Tapes:

Louder Sunset is your brand new record which I’m sure has been a long time in the making. When did you first get started on this record and did you record it consecutively or were there breaks in between?

Toscano: “It took too long! And there are still around five or six songs that we didn’t record! I’m used to working really fast but wanted to deliberately take my time with this one. I first got started on the songs in June of 2016. Some tunes came all at once fully formed and others took a few years to flesh out. I would often jump back and forth between writing each song so I didn’t overwork the initial ideas. I wanted my brain to get out of the way and let my intuition work it out naturally. My brain is a stubborn little pest that wants to embellish everything with needless bells and whistles. As far as recording went, we recorded the first two songs in February 2019, two more in May, and the last four in December. We’re lucky to have a lot of flexibility when it comes to recording since we use Paxtone Studios in Oakland, our bass player Jesse’s home studio.“

What was the process like itself? Did it run along smoothly or would you say it was a challenging process to get this record sounding the way you intended it to?

Toscano: “The process was as smooth as sand paper on a rock. Most of it was tedious preparation. I had conceptualized these songs for many months before bringing them to Jesse and Anthony (Puducay). Many songs had been reworked over five times to get them right. When they felt ready, I would record detailed demos and send them to the band. We would then rehearse and immediately record as soon as we felt comfortable. Every song was recorded live with the rhythm guitar and drums at the same time. I prefer this method because there is a natural pulse to having two paramount instruments playing at once. Often times, we would nail it after just a few takes. We only needed one take for ’Milk and Honey,’ for example.

The difficult part was getting all of the extra guitars parts to sound exactly how we wanted. We would meticulously choose from many different microphone combinations to achieve a sound we were happy with. No one combo worked for every song so we often salted to taste while throwing up to five mics in front of the guitar amps at all times. Jesse poked fun at me for storing every guitar track in my head to great detail.“ 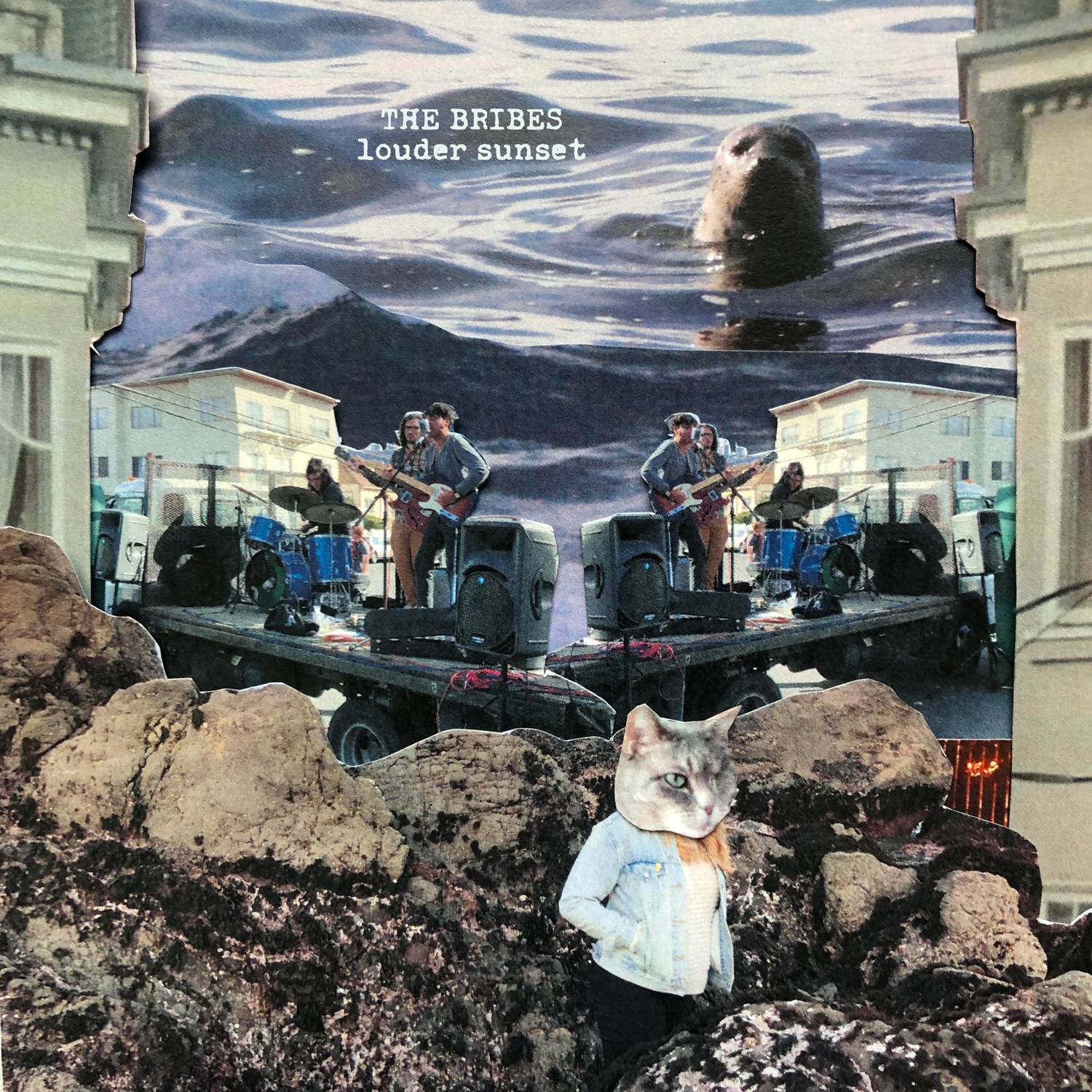 Which tracks are you particularly proud of that made the final cut? Give us a couple of examples.

Toscano: “I am very proud of every song but I am favouring ’Mars’ and ’Descent’ at the moment. At one point, those two songs were eight separate tracks before I condensed and combined them. Each song expresses the best of all of the different ideas but you never feel like you’re listening to an entirely different song.“

Although you are now based in San Francisco, California, it was quite recent that The Bribes were based in Chicago. It’s rare to see bands pack up and move to a new state or city, especially when they’re coming from a large city with a solid local industry like Chicago. What motivated this huge decision?

Toscano: “My wife is from San Francisco. She decided to move back home in 2016. I joined her in California a few months later simply because I didn’t want to be without her. Lucky for me, California is a wonderful place to live. Who would have thought?!“

Why was Chicago no longer adequate to further the interests of The Bribes?

Toscano: “I love Chicago very much and have many lovely family and friends there. That said, I am very happy in California. It provided the kind of change I didn’t even know I needed until I moved. Again, if it wasn’t for my wife, I would have never left the Midwest. I am happy I did. The move has definitely affected the music and has pushed me into new territory creatively. I don’t know if I would have been able to write the music in Louder Sunset without the California experience as the backdrop.“