Hailing from Bournemouth, England, Wolf Culture are a punk/emo quartet who concoct solid punk rock undercut with seething, angsty flourishes. Their debut EP, The Devil’s Plans for Idle Hands, was warmly received, especially within the British alt-rock scene, and the band has built upon the foundation laid by that release in the years since. With their sophomore release due out in 2020, and their new single, “Spite”, creating a healthy buzz, these dudes are gnashing their teeth to get to the next stage and bring their brand of pop-punk to audiences worldwide.

In the spirit of looking back to their roots with an eye on the future, Max, Reece, Jay and Jake from Wolf Culture join us for this Stereo Six to list the albums that helped shape them into the musicians they are today.

Who knew “Spite” could sound so good.

01. Panic! at the Disco – A Fever You Can’t Sweat Out (2005, Decaydance/Fueled by Ramen)
– Highlight track: “Time to Dance.” This track is just one of many from Panic!’s debut that just blew my fuckin’ mind. The intricacy of the vocal melodies and sheer volume of words fit into the songs was undoubtedly a catalyst for my songwriting in the early days of Wolf Culture. I used to write tons of stories when I was a kid, and I think this has transferred into many of our songs. Crackin’ video too.

Their “Live in Denver” performances with the theatrics on stage was the first time I ever saw a gig as really putting on “a show.” (Max)

02. Everything Everything – A Fever Dream (2017, RCA)
– Highlight track: “Desire.” My god, this band is talented. Honestly, I am blown away with every track they put out. I discovered them back in school when my mate showed me the video for “Cough Cough” which was so infectious with all of the members drumming in a circle. This newer release just shows how they’ve honed in on what makes their band special.

Their music is unpredictable and that’s what we need in modern music. Definitely on my bucket list to go see them live. (Max)

03. Saosin – Saosin (2006, Capitol)
– Back when this was released, this sound seemed brand-spanking new to me. Completely unheard of. All of the tracks are dark, raw, honest and hard-hitting whilst still being melodic and catchy. Everything seems to have been crafted with thought. To me, it’s unlike anything else and I genuinely believe that this album was responsible for changing the way modern music is created. (Reece)

04. My Chemical Romance – The Black Parade (2006, Reprise)
– Highlight track: “Cancer.” MCR was the first band to ever really stick with me. I had been playing drums for four years prior to discovering them, but this album made me realize that I wanted to be a musician for a living. It marked a real turning point.

It is so hard to create something so timeless, but this album still hits as hard today as it did for me when I was growing up. TBP is the whole package. It’s not just the songs themselves. It’s the costumes, the artwork, the whole concept of being the force that beckons a character to the afterlife as if it was the biggest show of their existence. A concept done beautifully and we’re four among many that are stoked to have them back performing live. (Jake)

Have a gander at the slick cover artwork for the six albums Wolf Culture outlined: 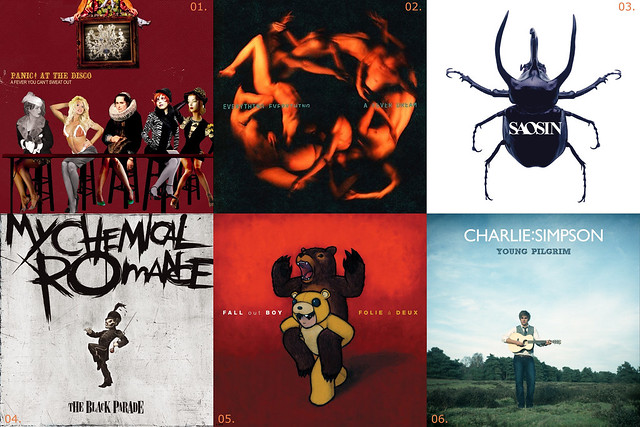 05. Fall Out Boy – Folie à Deux (2008, Island)
– Highlight track: “Disloyal Order of the Water Buffaloes.” I very nearly chose Brand New Eyes by Paramore, but Fall Out Boy was one of the first bands that Max and I bonded over when we were younger. I was able to relate to it on a deeper level than the other records I owned. I didn’t understand why people seemed hesitant to fall in love with it. It felt like something special and from a place the members were previously afraid to go, and that’s where the best music comes from for sure.

We used to spend hours deciphering Wentz’s lyrics and just having our tiny minds blown at how deep they actually were when given some thought. I think it was the gateway drug we needed to step outside of our musical comfort zones – even if it was just a taste. (Jay)

06. Charlie Simpson – Young Pilgrim (2011, PIAS Recordings)
– Highlight track: “Parachutes.” I discovered this on a trip my family took to Cornwall one summer. I have no idea how it ended up on my iPod, but I was pleasantly surprised with it. I had listened to Fightstar and liked a few of the heavier tracks, so I knew this guy could write great songs, but this album really felt personal to me. It was hard to choose a track from it but I remember being like eleven and playing this track at my grandparents’ house and feeling like I was some sort of folk artist ‘cos it was quite out of my comfort zone. The lyrics still make me feel something too. 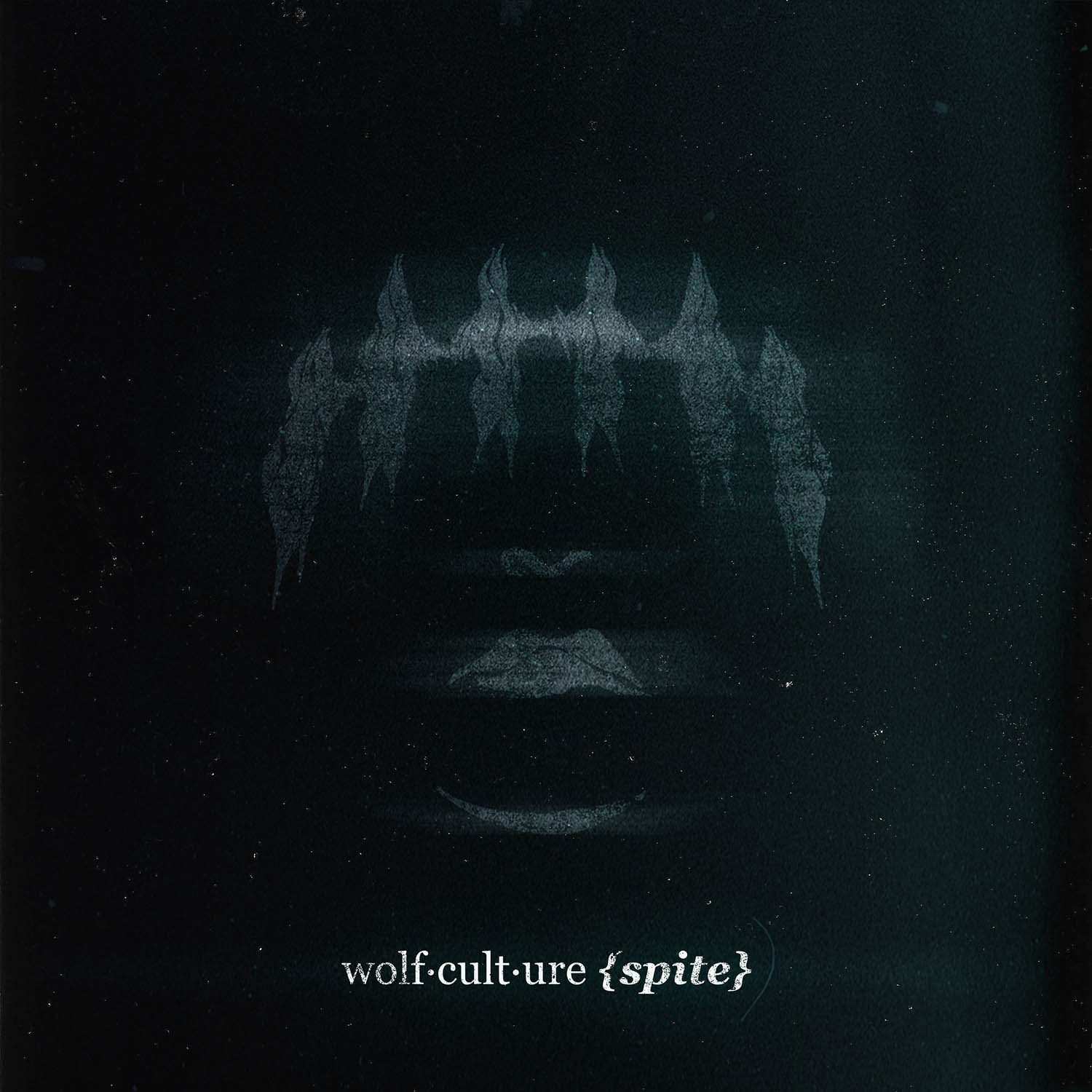