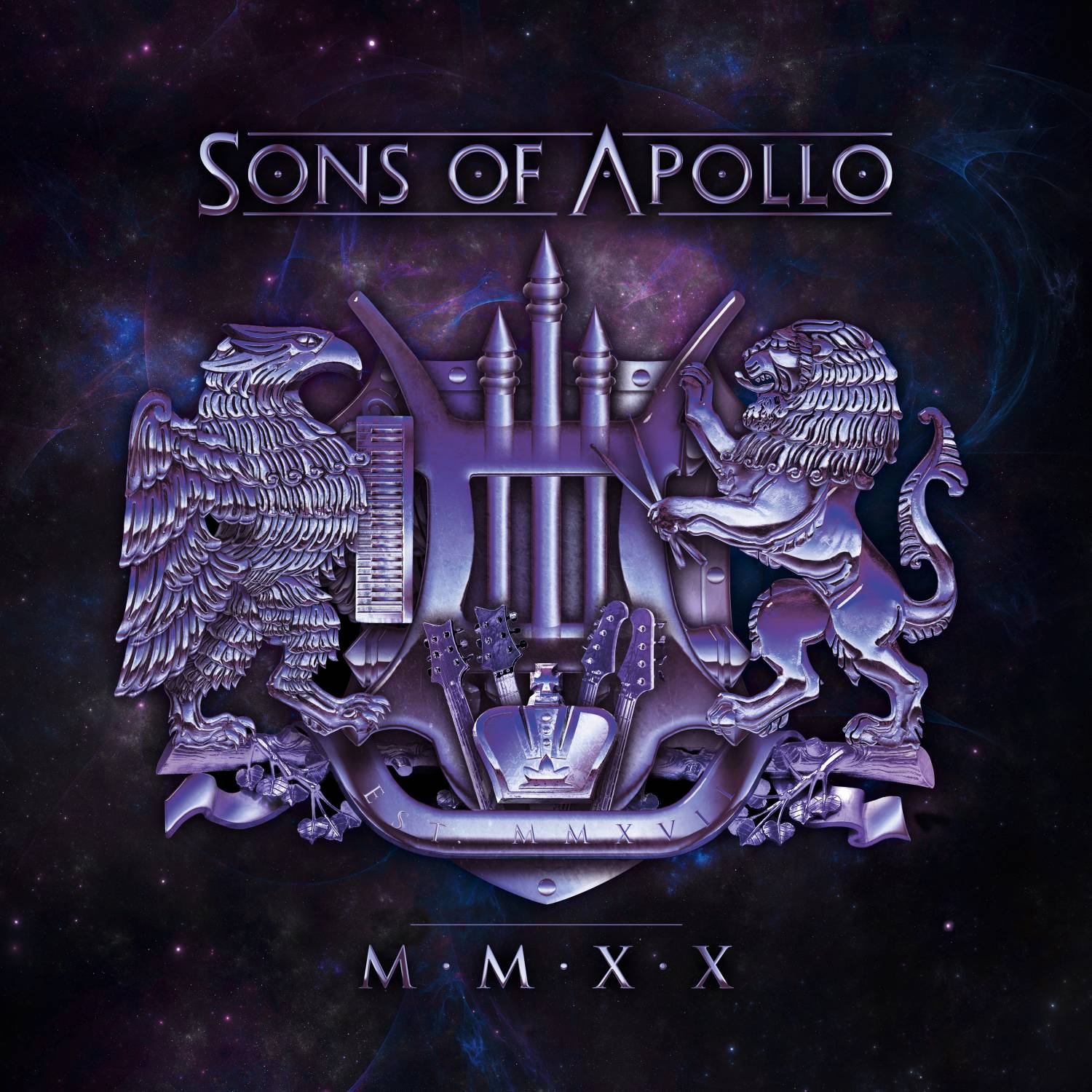 As an avid Dream Theater, Mike Portnoy, and all-round prog fan, the debut release from Sons Of Apollo (2017’s Psychotic Symphony) was a whirlwind of all things proggy and great album that left me gasping. The line-up of Portnoy, Billy Sheehan, Bumblefoot, Derek Sherinian, and Jeff Scott Soto was a dream team list of top players, and the music was heavy, technical, emotional, and downright killer. The only question was whether they could keep the quality and excitement at such a high level going forward, which they have done in spades on MMXX and boy, it is something to behold.

The band’s heady mix of progressive metal and solid hard rock is still very much the arena that they play in, with Soto’s infallible and throaty vocal pushing the overall sound into the “classic” category. As expected, each of the five members display their infinite chops within the complex music, but there never seems to be any showboating that would detract from the songs or turn it into a total noodlefest. And beyond all the talent on display (as with the debut), the music is instantly memorable and has more hooks than a tackle shop.

Check out the prog-tastic video for “Goodbye Divinity” here:

There are, of course, Dream Theater-isms littered throughout (with Portnoy involved, that’s a given), but the Sons are very much their own band that bring individual influences from their collective myriad of previous and current acts to the table, and it is this buffet of sounds and directions that make up the feast before us. The prog metal vibe is VERY strong, and within that framework we find songs that have streams of everything from Audioslave, Rush, Ozzy Osbourne, and much, much more (some more subtle than others). What hit me the immediately is just how damn heavy the whole thing is – Bumblefoot’s riffs are hard as month-old Christmas cake and brimming with warm, chunky distortion, and when backed by Sheehan’s monolithic bass and the thunderous back-end, you can feel the weight vibrating through every bone in your body. Where some modern progressive metal bands focus more on the ‘prog’ than the ‘metal’, these cats merge the two with professional accuracy and devilish glee, and it’s amazing to listen to it unfold.

“Goodbye Divinity,” the album opener, has all the bits and pieces on display from the word go, with the band eating into the build-up intro, exploding into the first Soto-led verse and aiming towards the meaty choruses and tremendous solos to come. From there, the dynamics of the album fluctuate effortlessly and each of the tracks provides the listener with something new, different, and full of tasty goodies. There is true heavy metal (“Fall To Ascend”), dark prog (“King Of Delusion”), poignant power balladeering (“Desolate July”), epic suites (“New World Today”), and more than a few surprises that keep the blood flowing.

And here’s some more visual candy with the video for “Fall To Ascend”:

Bumblefoot’s talent on the guitar is without fault, and some of his solos erupt like cascading springs of cool, clear water that defy the idea that a human can pull such sounds simply from a piece of wood and some strings. Sheehan plays harder and faster than ever before, Sherinian shifts from Jordan Rudess to Elton John within his keyboard and piano fireworks, and Soto has phrasing and vocal melodies for miles. And, to top it all off, there’s that Portnoy bugger – not since his ‘Theater days have I heard the man so inspired and full of fire; his fills, cymbal-work, pounding polyrhythmic double-bass just fill up every inch of the record and it makes me oh-so-happy.

The album is great, and I mean REALLY great. It takes what they did with Psychotic Symphony, pushes the envelope, adds in even more than before, and kicks like a mule that didn’t get enough cuddles when it was a wee colt. MMXX is a fine example of what happens when you get five prog giants in a room and let them loose, and it’s a total winner.