Here’s one from down south for you today, where the Shadow People are floating right close to the bayou. The Baton Rouge, Louisiana band has reemerged from the swamplands to deliver you their brand new aptly-titled EP Batom Rouge, their first to feature their new bass player Paul Goings who is also the guitarist and singer for StruggleBear.

With a release date of March 7th set, you can pre-order the new EP via Bandcamp here. The first song to surface from those swampy Louisiana waters is “Six Weeks,“ which hones in on one of the key themes behind this recording, women’s rights. As singer and guitarist Matt Conradi further explains, “‘Six Weeks’ is a song about women’s rights. A law recently passed in Louisiana giving women only six weeks to have an abortion. The message in this song is women should have the choice and at six weeks, most of them don’t even know they’re pregnant. It’s bullshit.”

Hear what Conradi is talking about now with the premiere of “Six Weeks”:

That’s a strong message sent from Conradi, one that resonates throughout the entirety of Batom Rouge as it takes to task other key issues such as the everpresent substance abuse problems that abound in the band’s hometown. It’s delivered with power and presence, in many ways just like Shadow People’s preceding EP Secrets, a release that was a dark glance back at the past of each member of the band, but rather than being judgemental, it was more of a therapeutic and positive look at what shaped everyone to get to where they were at that point in time.

Musically speaking, Shadow People can be defined as indie sludge rock, full of feedback delivered with a combination of passion and pain. Wading their way through independent circles since 2013, the band has found a presence in the local punk and hardcore scene. You could say that Shadow People have really developed their one subgenre called emotional sludgecore, as some have referred to it. Conradi’s talents at developing woeful lyrics along with the fury and power of drummer Percy Bergeron has helped them in finding their sound and connecting with an audience. So if you’re ready to up the ante on your woe, then it’s time to get prepared for Batom Rouge and the return of Shadow People.

Listen to the fuzzed-out power of “Pamela“ off of Shadow People’s last release, Secrets: 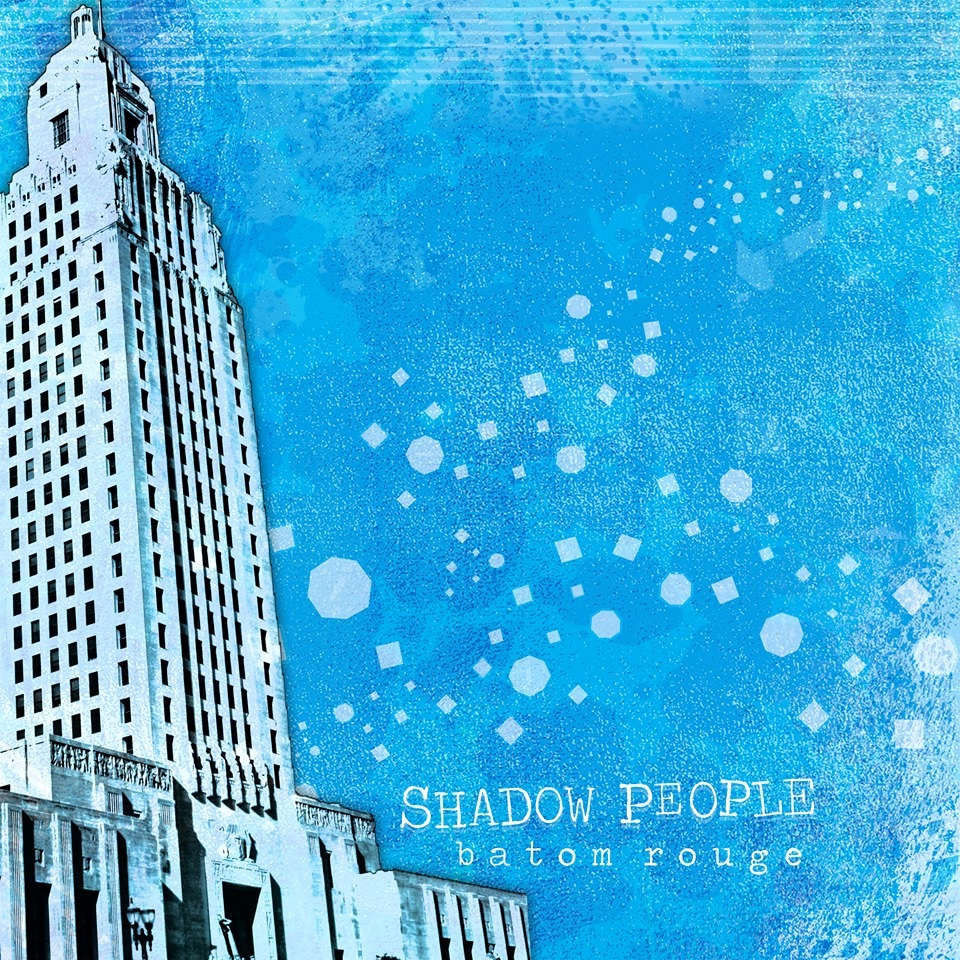