Buzz and Fade (stream now via Spotify) is Norman’s fourth full-length studio record which just hit the streets (or the interweb) via Hey Amigo! Recording Co. Recorded and produced in their hometown of Portland, Oregon, Buzz and Fade features a new, never-before-seen side of Norman. Prior to the album’s recording, the band members collectively were able to tap into a new wave of inspiration that they put to good measure, leaving behind the more folky instrumentation of their previous releases for more eclectic sounds such as retro-sounding synthesizers and catchier, poppier hooks.

“The World and You” is one of the highlights off of Buzz and Fade, a song that explores the changing aspects of love as time carries on. Commenting on the song, lead singer Eric Nordby said, “‘The World and You;’ Life is constantly moving, and ’The World and You’ explores the theme that love changes, that it isn’t always easy to explain how we feel; from the memories of first falling for some to fading out of existence with what once was. ’The World and You’ comes off as a sentimentally honest reflection while accepting the future in a world that keeps on moving.”

Get up close and personal with this acoustic video premiere of “The World and You”:

Buzz and Fade is an album defined by a band harnessing a renewed sense of energy. That energy shines brightly through among the ten new tracks featured on Buzz and Fade, a collection of songs that dabble in different eras of rock n’ roll while at the same time pushing the band’s sound forward. The album embraces this progressive approach that protects Norman well from the stagnant, redundant songwriting that can so easily take ahold of a group of musicians who have been writing and recording together for several years.

In society and music, in particular, we are routinely tempted to cling to the nostalgia of previous generations of what we look back upon as great music, but with Buzz and Fade, Norman makes sure that you don’t fall victim to old habits. This is Norman at their most sincere and their most musically evolved. One serious listen of Buzz and Fade and you’ll ensure that you don’t just “fade” away into your nostalgic temptations.

Check out that electronic, synthesizer-heavy sound we mentioned with the recently released music video for “Bindmender:”

That’s a really long snake… Check out the artwork for the new album Buzz and Fade: 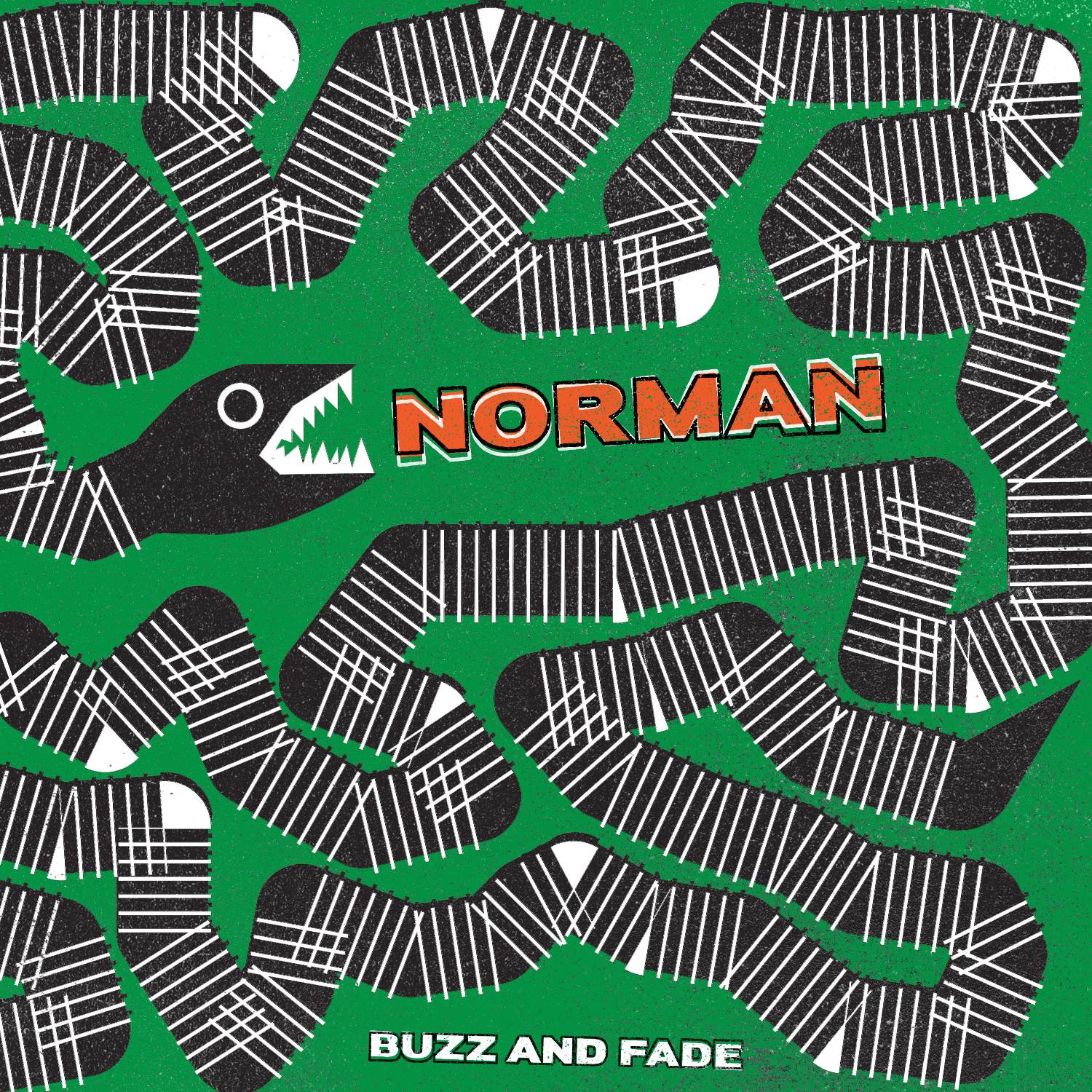