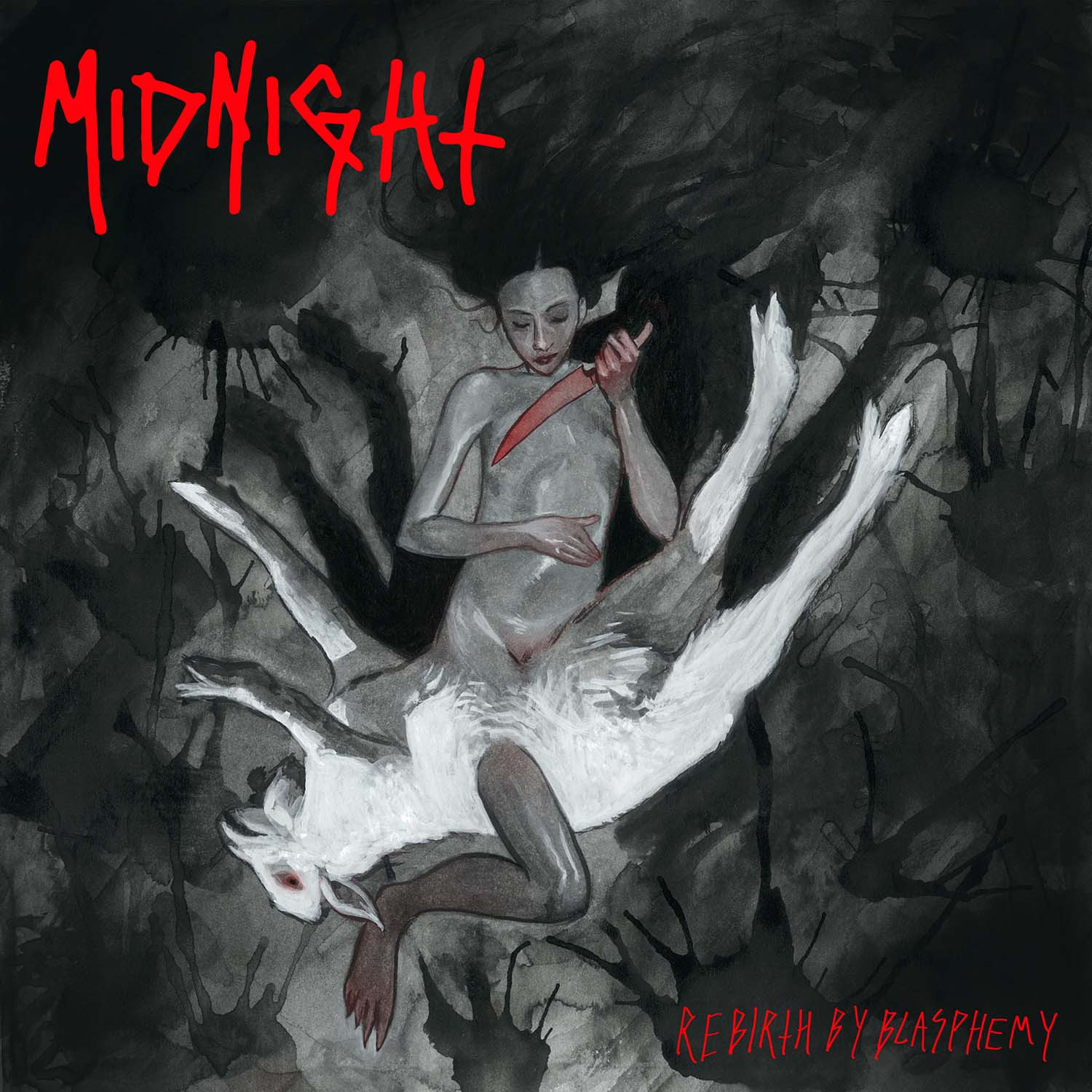 Saying Midnight and sophistication in the same sentence is like saying Motorhead or Venom are aristocrats, but, wait a minute…wait just one fucking minute…because that’s exactly where Ohio’s death riders Midnight find themselves with their Metal Blade Records debut, Rebirth by Blasphemy. While the world transforms into Post Malone wearing Gatecreeper shirts or the Kardashians wearing Slayer shirts, hell has truly frozen over content to text and there’s nothing wrong with that. WHAT?! Let me brush my teeth with a brillo pad, gargle muriatic acid and regurgitate the sophisticated part.

I still love to discover the undiscovered and, delving deep into Hells Headbangers vault many moons ago, I unearthed underground sensations Midnight and bought up everything I could find including bootlegs, LPs, cassettes and DVDs.

Lone henchman Athenar conceived a master plan as the sole member recording guitar, bass, drums and vokills himself, confirming his vision as the visual aggressor. Tracks like “Fucking Speed and Darkness,” “Cursed Possessions” and “Raw Attack” showcase the band has the potential for ultimate revenge while the ending buccaneer “Drag Me Through Fire” sounds like a lost track from Def Leppard’s magnum opus High And Dry.

Get a taste of the album with the “Rebirth by Blasphemy” single.

Rebirth by Blasphemy is as dirty as you can get – next to GG Allin’s shit-stained underwear, Bon Scotts’ last bottle of whiskey or Lemmy’s wart collection – and the only negative thing I can say about the album is the production levels jump all over the place, making the aural experience a bit bumpy. But to the average listener, you’ll never notice, and to the underground metal fan, who gives a fuck.

I’m truly bewitched to see where this denim and leather-clad band takes themselves, and, with the death of Motorhead, the world needs more dirty, infectious rock and roll. Not pop star, death metal bands.