kicking off the new decade in style, Cat Montgomery wants to take your Heart For a Ride with the release of her brand new album. Cat and The Queen is the invention of Montgomery, the name she goes by when releasing her music. A diverse and versatile artist, Montgomery has poured her everything into Heart For a Ride, creating a double-sided adventure that will take you through the spectrum of her talents and songwriting abilities. Aside from her own talents, the record also features her band The Royals, for which she is also the frontwoman. Heart For A Ride thrives on an extreme push and pull of emotions. Montgomery instinctively moves from intimate whispers to unhinged bellows, sharing a raw and empowering vulnerability in part developed through her background in theatre.

Many of the songs that wound up on Heart For a Ride had been percolating inside of Montgomery for some time now. After periods of inner struggle, loss, and disillusionment, she started to write which resulted in her composing certain versions of these songs or at least the backbone thereof. Now the songs have become fully realized and the result is the emotional rollercoaster that is Heart For a Ride. Montgomery will now focus on playing the songs live, which has already included a show earlier this month at Toronto’s Horseshoe Tavern.

Coming from a theatre background, she incorporates elements of the theatre into her performances which creates a fun and original live event. Cat and The Queen will also be playing songs off of the project’s 2018 release, Loba Loca. As a special feature in honour of the release of Heart For a Ride, Montgomery has contributed a special track-by-track feature, looking at all six songs on the album and offering us the lowdown on each one. Read on as you learn more about the songs and the woman behind it all.

Before you read the backstory, listen to the new release from Cat and The Queen Heart For a Ride:

01. “Chum”
– “‘Chum’ is one of my oldest songs. First called ’Shark,’ it went from like a honkey tonk thing to the two versions it is now. It came out of a feverish night battle I was having with the ole’ depression. A dude I liked didn’t like me (premise for many of my songs – yum) and I was going dark, self-loathing extravaganza town. And then, and theeeeen, some kind of source inside me said, fuck this. Fuck this! And, I surrendered to it. Not to the shit feels but to the hurtful and unhelpful voice trying to shit in my heart. I was like, no man. I’m gonna feel sad, write a tune and then make a sandwich. And with that, sweet baby shark was born! (Later re-named ’Chum,’ for I don’t know why anymore.. ‘Cause ’Chum’ is the stuff you feed sharks? Ugh. Who cares.)“

02. “Sound of Sirens”
– “Oh boy, oh boy. Do you have someone in your life you’ve held a candle for far too fucking long? I sure did. Close to, wait for it, 20 years (ugh) I piney pine pined for a certain human. It ended when he jerked off and jizzed on Facetime with me and I had not a clue what was going on. Cock in the headlights, as it were. Anywho, that turned out to be a big fat red button screaming eject for me from this dead-end tale. I guess we both got to finish that night. And now, I think of him never-ish. What a world.“

03. “Love Track”
– “Alas. Alasssssss. Oh Cat. Must all your songs be about some sort of failed love attempt? Yes! Hoorah! (side note, new work will be cooking this season and I will make a sincere effort to write about fucking sailboats or something). Anywho… back to ’Love Track…’ some dude was back burner-ing me and I was sad and blah blah blah I wrote this song. The thought of being with him now seems absolutely dumb. Which is helpful in the thick of a current heartbreak. You know? Like, time and space, man. Time and space, man.“

Cat and The Queen’s new album Heart For a Ride was released on January 9th. Take a look at the artwork: 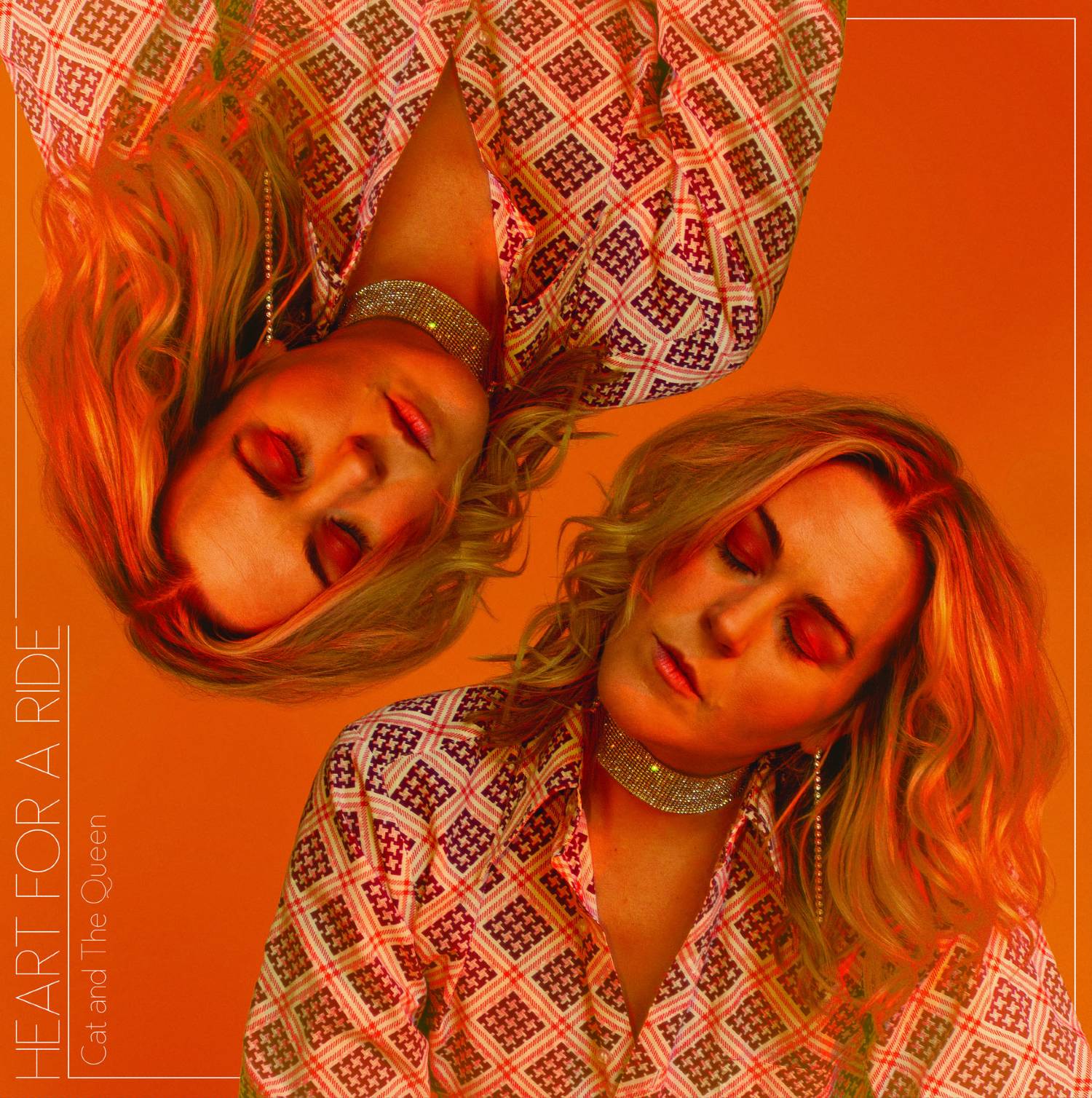 04. “No Longer Mine”
– “This is a tune that came from, you got it, rejection. But man, I think fondly of this gentleman. Do I ever. It just didn’t work out. But you know, understanding and kindness still doesn’t stop one from late-night cruising social meeds. And I did that. I saw him look super hot in a nice suit, smiling and fuck, I was suckerpunched. See a photo, he is no longer mine! But now, everyone has moved on. He’s married and I, take three baths a day. So, that’s fine with me.“

05. “Troubling Eyes”
– “Aha!!! This ain’t no unrequited love song. No it ain’t. It’s a fuck you dipshits who tell girls to smile you dumb fucks. Been a server for a long time. Like real long. And I shudder, I really do, to think of all the misogynistic fucking toxic bullshit I’ve tolerated, endured, normalized over the years. And this little tune came out when I was hanging solo in the middle of the woods and I guess some tasty anger came to the surface. This is my favourite song to perform. Sometimes I use the microphone like a big cock. I have a good time.“ (smiles)

06. “Keep it Loose”
– “This is a nice one. I was feeling like failure overdrive, overwhelmed and lost and just defeated. (Oh the nonsense of taking this little life so seriously! The Nonsense!) Anywho, I went to my pal Jessica’s place in the morning, sobbed my silly eyes out and then we went for a drive. I think we went to the mall? (which side note usually is a source of high anxiety but perhaps that trip they cancelled each other out?). Who knows. Who cares. Fact is, with a little help from your friends, a goofy excursion and some good laughs, all will change. And, oh yeah, at one point we were driving and we were like, we gotta keep it loose, bitch! And, voila. Music magic made.“