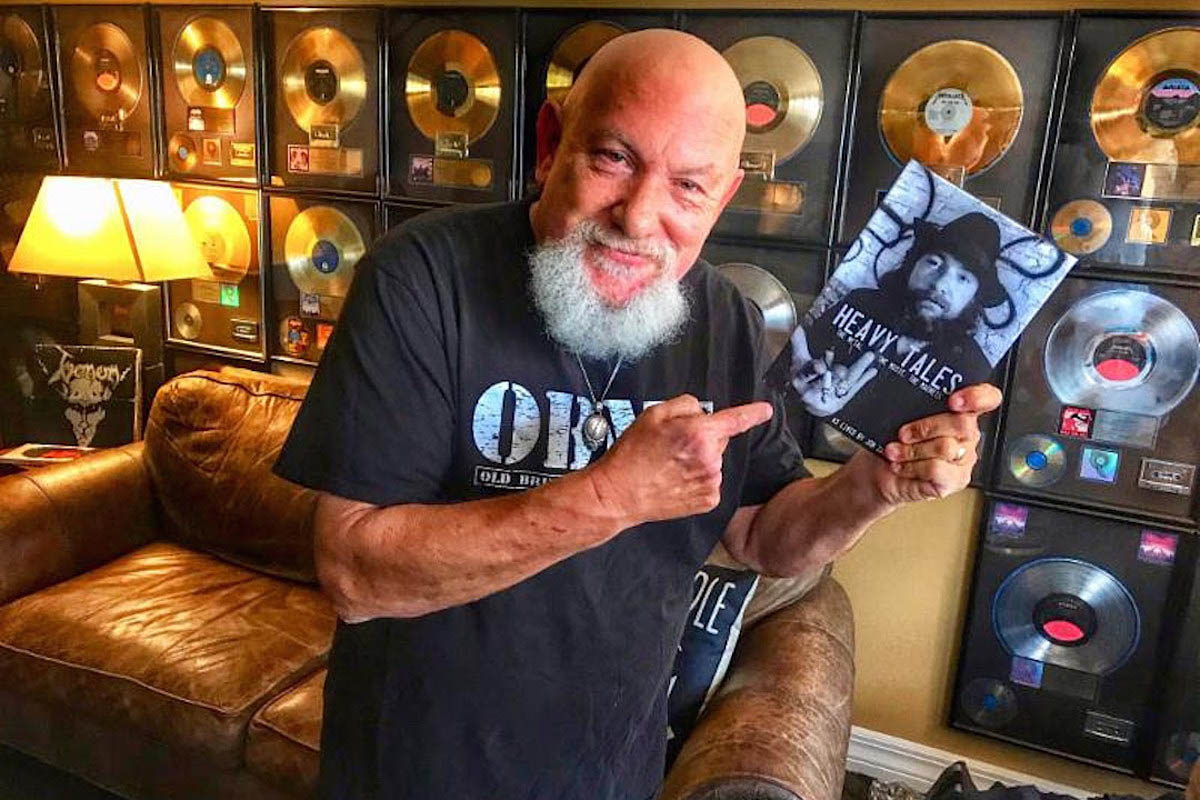 As I reach into my Christmas stocking I pull out a gift from Maria Ferrero and Adrenaline PR: Heavy Tales: The Metal. The Music. The Madness as Lived by Jon Zazula. I quickly burn through the 200 pages with an urge to know more about the roots of thrash and heavy metal, and, after doing so, I receive a phone call from the Floridian transplant himself. Now, we all know Jon Zazula as the guy that put Metallica on the map, and, if you don’t know his name, you need to research the credits and thank you lists of your favorite metal records.

‘Tis the holiday season, and I believe we were both a few cocktails deep whence conversing about this planetary phenomenon known as metal. Or at least I was… and who woulda thunk a world without Metallica? Transcribed in the most barbaric way, on a tape recorder with two functions, play and stop. The rewind and fast forward didn’t work, so, when missing a sentence or quote, I resorted to a No.2 pencil to retract. They have digital recorders these days, but that’s too much work. Leave me and my No. 2 pencil alone as we trip down memory lane beginning with a day in the life of Mr. Z and his what ups. “I’m watching a special on Netflix about aliens occupying the earth prior to us. It’s a whole series, but it’s pretty interesting how they co-mingled with the humans and there were nine humans put on the earth at one point. And it just goes to prove… yeah, it’s pretty interesting. So, what can I do for you?”

And with a kick in my kix, I was out for pizza on 52nd street when I got hit in the face with a flyer for Metallica’s first show, so I asked Jonny, what’s the best pizza in New York? “Ralph’s pizza was always real good downtown. I think any good, old pizza shops that have been around in New York, Brooklyn, Manhattan or Bronx, they’re all going to be good. Even New Jersey has some really good pizza, but once you leave that area you can forget about it.”

Check out Jonny talking about signing Metallica in this Loudwire video.

Ok, so let’s skip the BS. I was never in New York, and only dreamt about attending shows at The Ritz or L‘Amour. In reality, I jumped out of a tractor in the middle of a wheat field barely chomping on leftover Pizza Slut, when I floored it to my favorite record store to buy Kerrang magazine along with the debut from W.A.S.P.. I saw these menacing looking dudes dressed in denim next to a review of Kill Em All, and soon after snatched the tape off one of my best friends, shoved it into my boom box and spent the summer day cruising around town with only those four horsemen blaring and warping the tape until sunset.

But before the realms of thrash metal, came heavy metal and its storm of predecessors. With his ear firmly planted to the ground, Mr. Z could hear the hooves of hell’s horses before the apocalypse engulfed the musical world. “I was into Angel Witch, Motorhead, Samson, Iron Maiden and Raven. That was the stuff that really got me. I had the record store and I was bringing in all these albums as they were coming out. I was friendly with the writers of Kerrang magazine and they were telling me what was coming next.”

My friends and I would spend our allowances on almost everything Megaforce released and people would bring me fresh packs of blank cassettes to record the latest and greatest. At one point I was like, damn, what do you want me to record? The answer… anything you listen to. Ok, that’s easy. With a playlist that ranged from Vinnie Moore to Venom, it was a no-brainer but, as a vinyl collector, I had to understand the authenticity of my collection. How can I tell if I have one of the original 5,000 copies of Kill Em All? “You wouldn’t be able to. Ride The Lightning is rarer with the Megaforce logo pressed at only 75,000.”

Metallica’s classic 1983 album, Kill ’Em All, was a triumph for Zazula and the band. 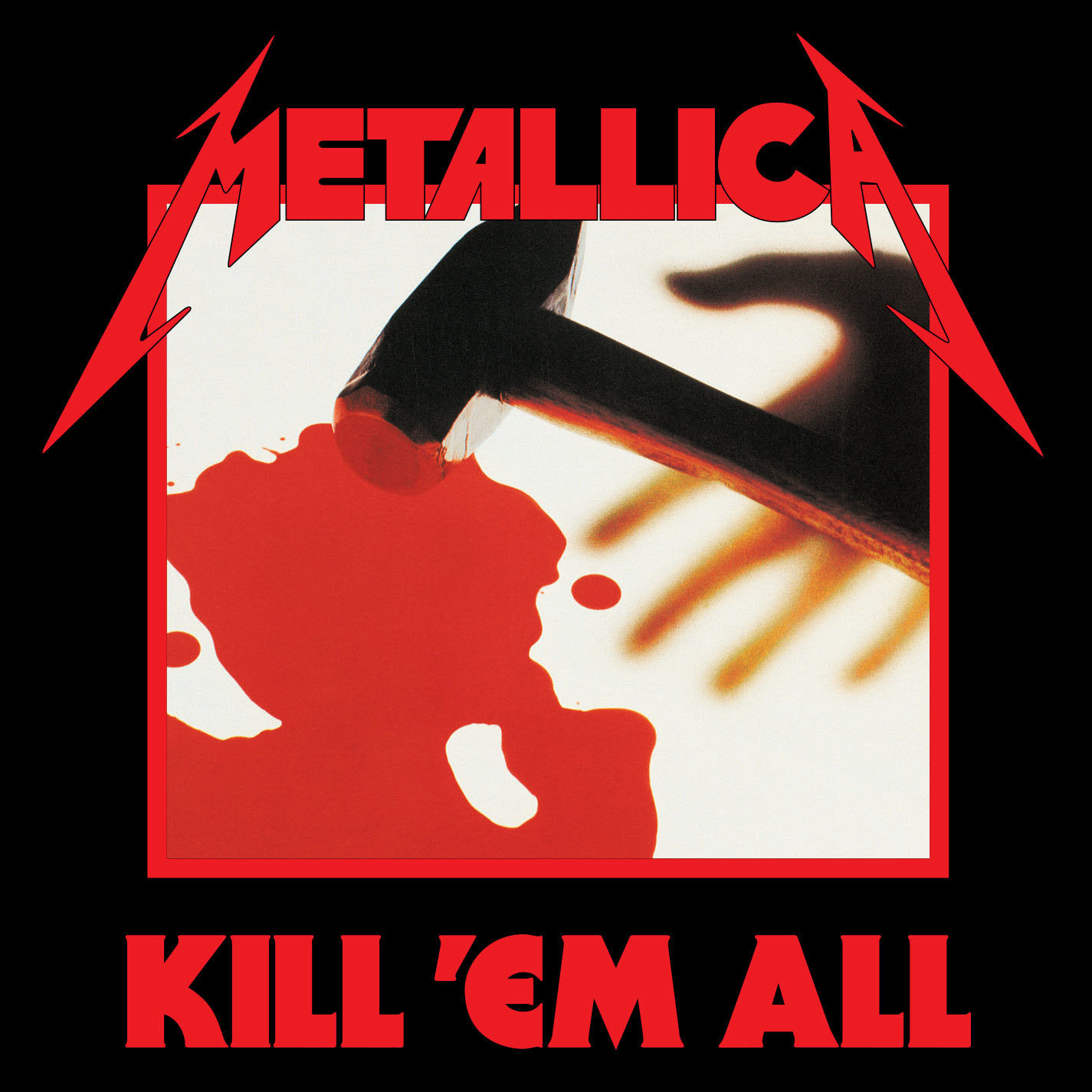 Depending on who you ask about the origins of Kill Em All, Metallica says they went to NY with the intent of recording an album but Mr. Z says it didn’t transpire until the band was on hand. “It happened while they were there. The conversations I don’t remember. I know we didn’t get into it until we were hanging out together and making plans. We never discussed it right out of the cannon.”

As any musician should know, on your way up you gotta bump elbows with the hierarchy and, in his book, Jonny proclaims what a pain in the arse Scott “NOT” Ian could be. “They weren’t terrible and they weren’t driving me crazy, they were just a nuisance. They were always there, and it was enjoyable because I always loved seeing them, however, they always brought me tapes, but it was a little too early in their career. It wasn’t really until Soldiers of Metal produced by Ross The Boss (ManOWar) that I thought they were ready to be on Megaforce.”

In the late ‘80s, thrash took a turnabout when the Bay area scene hit. It affected a lot of the already popular bands and their sounds around the world, including Sodom’s Agent Orange or Destruction’s Cracked Brain, and this is when I knew it was a force to be reckoned with, but Mr. Z wasn’t feeling quite the same way. “I felt it with Metallica, but the reason I didn’t go with Testament at first is because I thought they were too much like Metallica. I didn’t want to sign the same thing over and over again, but when I listened to it and Chuck Billy got in the band, I took a liking to them in a big way. Chuck Billy made the difference. Vio-lence blew my mind, I thought they were incredible but I didn’t relate to Sean’s vocals. Remember, I wasn’t the judge and jury over the Vio-lence record. It didn’t sell.“

Enjoy some classic Metallica from the bands – and Zazula’s – early years together.

As metal turned to grunge, some of us dug deeper into the chasm of death metal and CEO’s picked up on the likes of Morbid Angel and Carcass, but Mr. Z wasn’t down with cookie monster vocals and blast beats. “I didn’t like it, and it was just signing music for the sake of keeping a label alive. I wanted to put out music I loved and I didn’t care what it was at that point, I felt I did everything I had to do with metal. Remember we brought in Mercyful Fate, I mean, what are you going to do after you put out a Mercyful Fate album? Mellissa; what an album. We brought in Metallica, Raven, Testament, Overkill, and in hard rock we did Ace Frehley and Kings X. It got to the point where it’s like, how cutting edge do you want to be? These bands just don’t manufacture themselves. They were there, and when the times existed for me and my team, I signed them all, but I refused to look for different kinds of metal and I did not like death metal.”

Looking back with a full deck of cards, what’s Jonny’s ace of spades? “I think Kill Em All and Ride The Lightning are my greatest achievements. There’s no doubt. However, I do love the Anthrax albums and I think they were great achievements as well.“

And, as far as the future goes? “My life is boring now. I think the last thing I did was I bought myself a ‘73 Ritchie Blackmore Fender Stratocaster and a ‘68 hippo bass like Jack Bruce from Cream. I haven’t been chasing things anymore. I live in Florida and I sit under a veranda with a big fan blowing. It’s shady and nice and that’s where I spend my time drinking and listing to music all day. Megaforce records were way ahead of the times and we did a great job, but it ended when it had to. Not everything is about money; it’s about happiness.”

Heavy Tales: The Metal. The Music. The Madness as Lived by Jon Zazula released on October 31, 2019 via Crazed Management LLC. 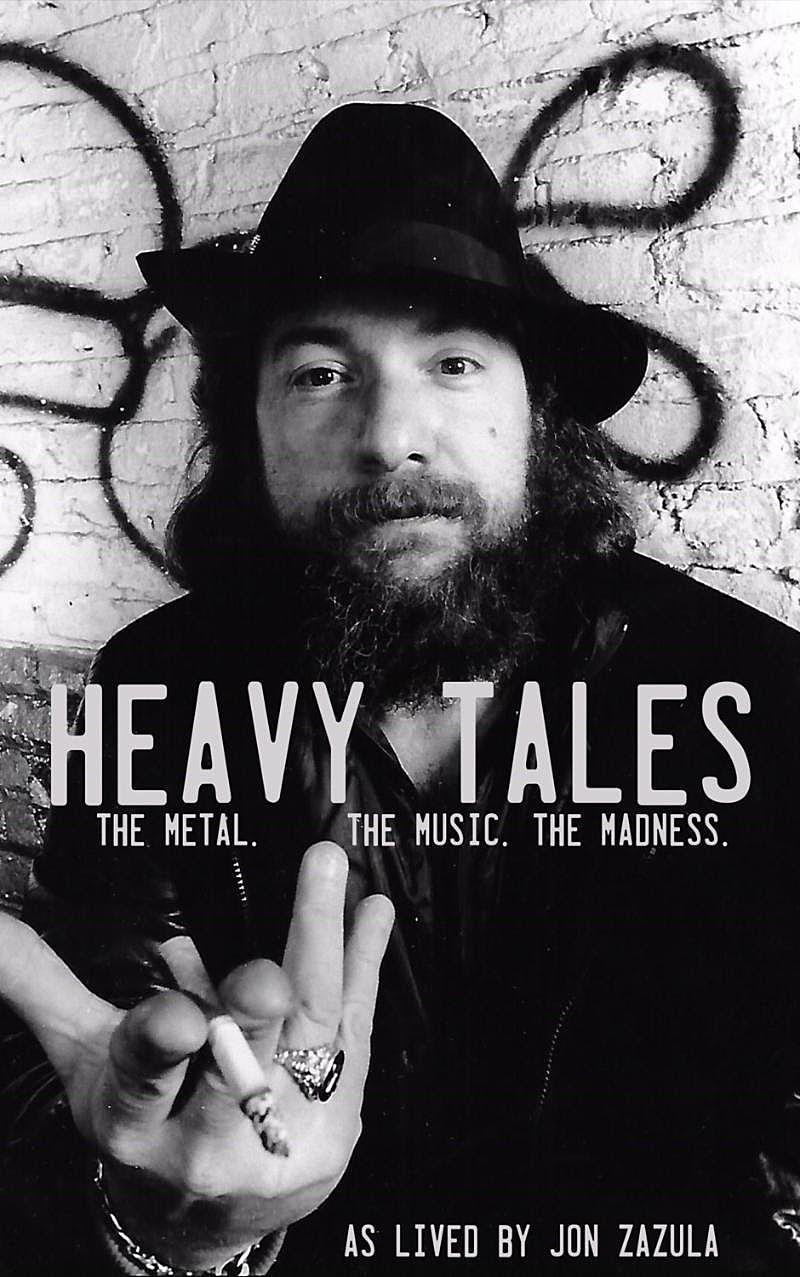